UK Transport Minister Grant Shapps has proved to be a busy fellow over the last few weeks. 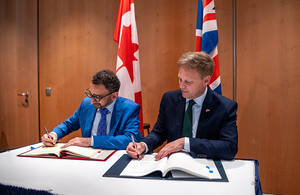 As reported in BTN 16 May, he has been in the United States on a zero emissions transatlantic initiative.

Last week it was Leipzig (Germany), the UK assumed the Presidency of the International Transport Forum (ITF), intergovernmental organisation for transport policy bringing together 63 countries from around the world, hosted by the Organisation for Economic Co-operation and Development (OECD).

Shapps also found time to formally respond to the House of Commons Transport Committee on questions raised when giving evidence in April.  With regard to air air travel he has written to the Foreign Secretary to ask her department to respond directly on the question of advice to airlines regarding six months validity of passports for travelling to the EU.  This clearly needs sorting out although reports indicate that the Passport Department is validating new applications much quicker than in the recent past.