Head to Jamaica for some winter sun and a laid-back lifestyle.

As the Covid-19 rules governing travel start to ease, BTN’s Editor-at-Large, Jeff Mills, looks at Jamaica, one of a number of long-haul options back on the agenda. 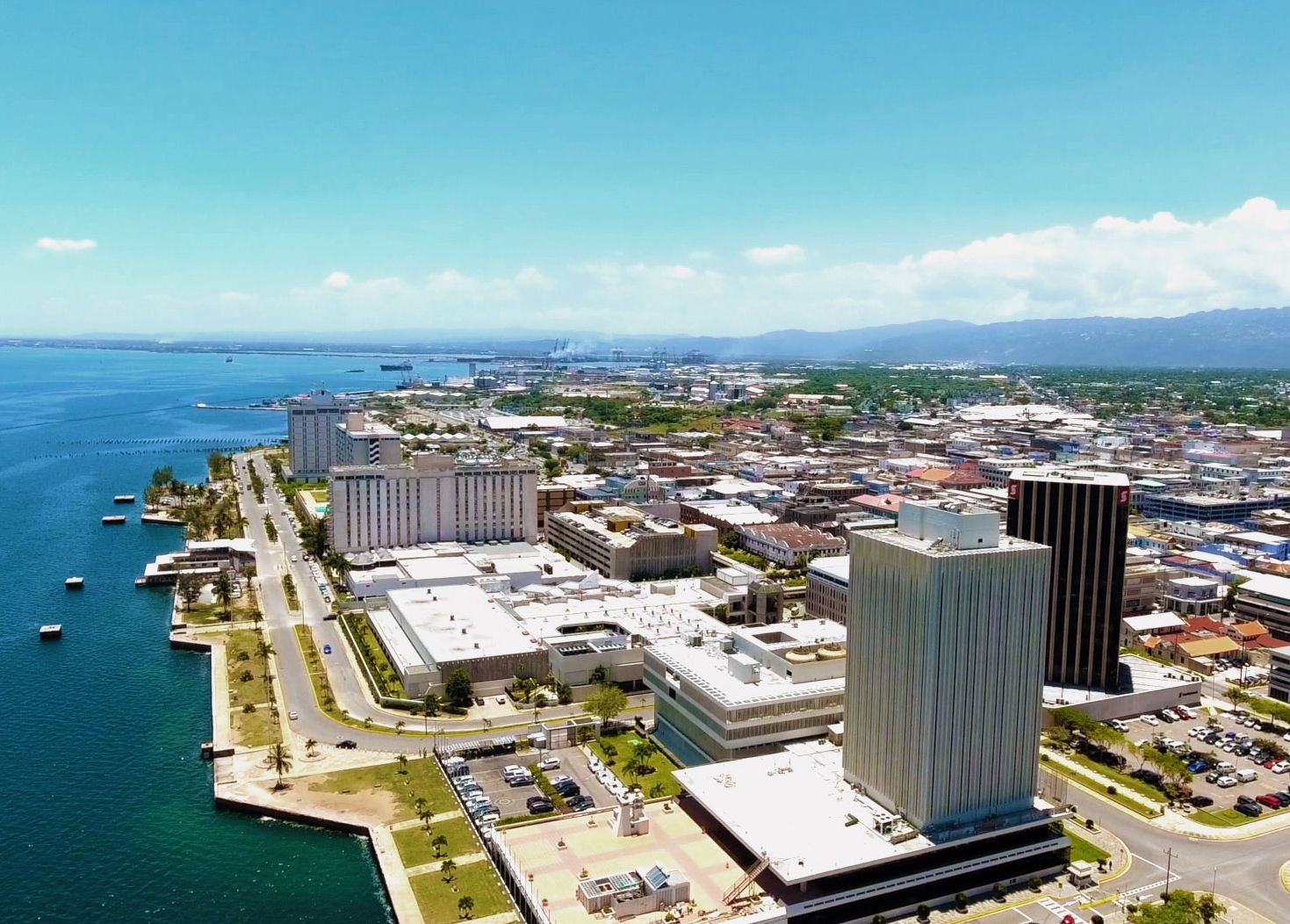 With continuing signs that the Covid-19 pandemic may at last be easing its grip on the travel business, not so much merely crippled as almost killed outright over the past few months, the pent-up demand for a few rays of sunshine is almost off the scale.

Small wonder then that the spotlight has turned to tried and tested long-haul destinations, provided, of course, they are perceived to be relatively safe from the sudden unexpected lockdowns, enforced quarantine and travel bans suffered by so many.

While public confidence in travel has in no way returned to pre-pandemic levels, it is encouraging to see people actively seeking somewhere safe and accessible for a week or two of winter sun and the Caribbean, the area’s best known and loved islands such as Jamaica, is right up there at the top of the wish lists of many.

For some people the spell cast by the Caribbean islands is all about near-deserted beaches with powdery golden sand but with a convenient beach bar selling ice-cold beer and snacks just a short stroll away. For others it’s the luxurious hotels with their international standards, or even all-inclusive resorts which appeal. But no matter what you like best about the Caribbean area you are likely to find it in Jamaica. 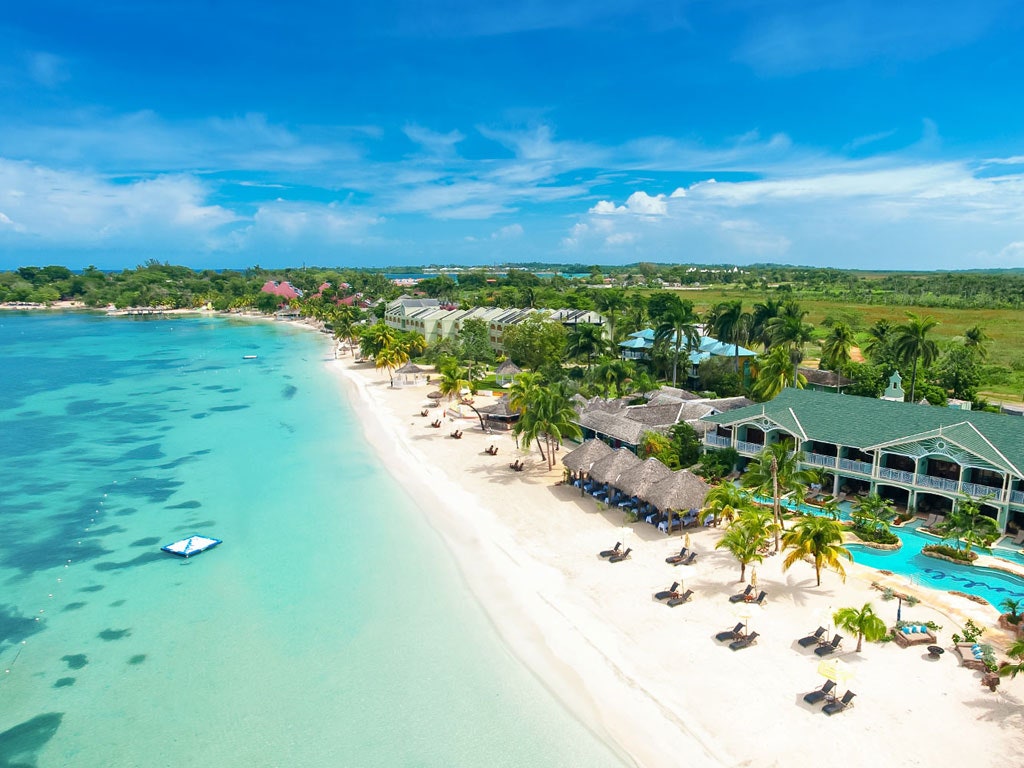 This former Spanish, then British, colony is not only one of the largest islands but one of the most diverse and without doubt one of the liveliest. Few would dispute that Jamaica is also one of the most attractive of the Caribbean islands, with superb beaches and a lush interior.

A quick snapshot of the island reveals that the best beaches in Jamaica tend to be those on the west coast. Negril Beach, sometimes called Seven Mile Beach, is one of the most beautiful sandy beaches there is. Small wonder this area became a favourite of well-heeled hippies back in the 1960s and 70s.
The north-east coastline is dramatically rugged, while the north coast features white-sand beaches. If you want to see black-sand beaches topped by limestone cliffs head for the south coast.
And Jamaica offers a simply enormous and varied choice of places to stay, ranging from small boutiques and basic guest houses to large and glitzy all-inclusive resorts, which can be found in various parts of the island, and some of the best hotels to be found anywhere.

At the top end check out the stunning Jamaica Inn, a beautiful hotel, still privately owned by a family who have been running it for generations. Small wonder it was favoured by Winston Churchill, by all accounts, not to mention various European royals and many celebrities. 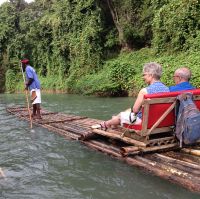 For families with teenagers or younger children there’s a massive choice of hotels to choose from, starting perhaps with the handful of world-famous Sandals to be found in Jamaica, where many of the sports and other activities often classed as extras in other resorts are part of the deal.  Food, drinks and Fun in the sun, all included in the price.

Jamaica has plenty on offer for anyone wanting to be active during their holiday or business trip, from water-sports, and for that matter most other sports, through to river tubing, rafting gently down one of the rivers and climbing dramatic waterfalls, such as that at Dunn’s River Falls, which you can reach by boat from many of the hotels.

Take a quick look at Kingston, Jamaica’s capital, once called Port Royal in the dim and distant, not to mention romantic, days when pirates roamed the seas and hidden bays around these parts, to get a quick fix of the island’s history, and make some time for Montego Bay, also known as Mo Bay, for a spot of shopping and perhaps a visit to one or two of the superb restaurants and beach bars to be found in the area.

A relatively new highway makes driving between the two centres much quicker and far easier than it once was, when you had to negotiate some pretty minor roads in the countryside. Both towns have international airports and these days it really doesn’t matter very much which your flight operates to and from.

Jamaica is a gourmet’s paradise. The fish is, of course, excellent but also try the jerk chicken or pork, cooked traditionally by digging a hole in the sand on the beach, lighting a fire and slow cooking for hours on end, it’s delicious. 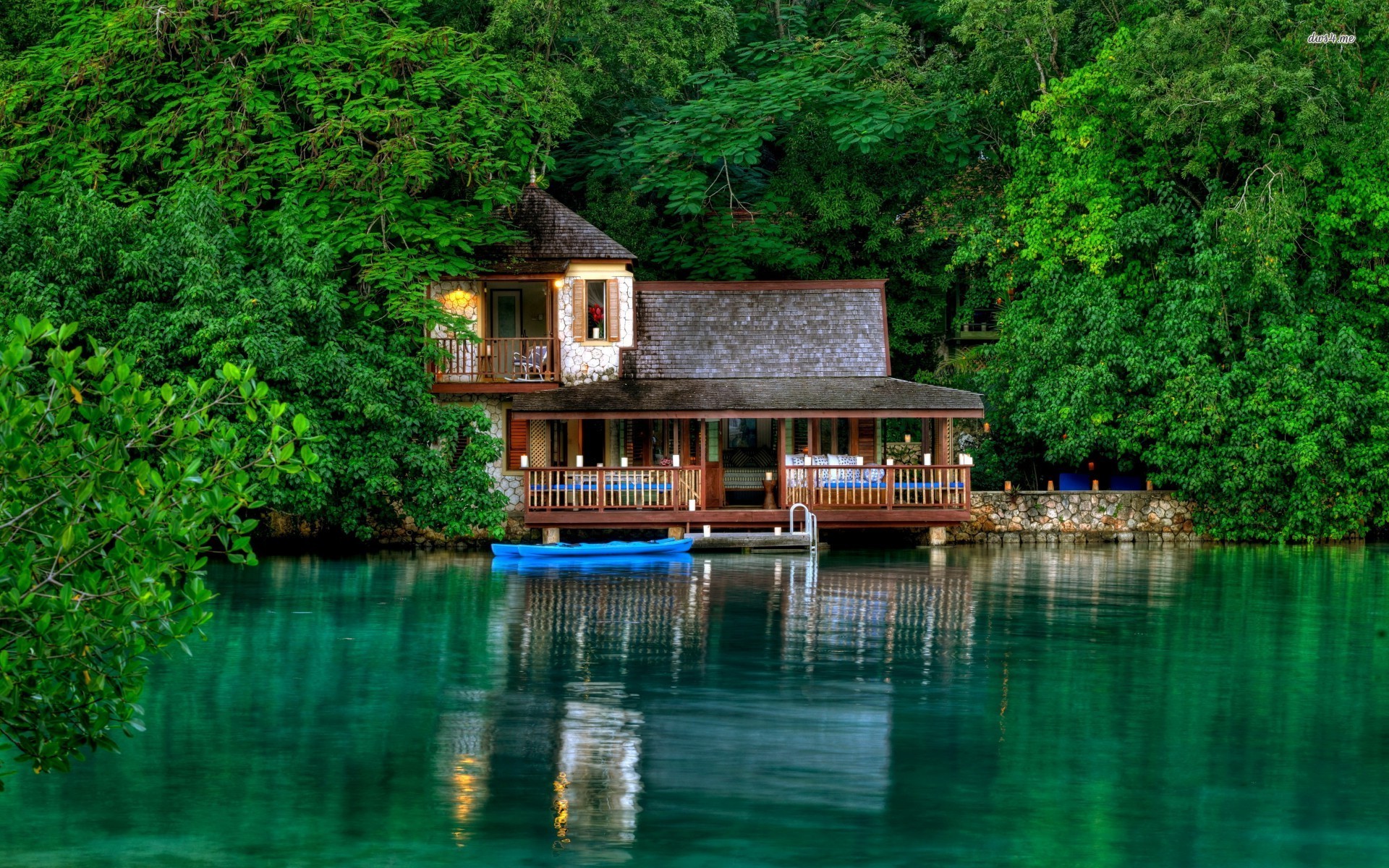 For culture vultures there is history at every turn with Great Houses, the one-time homes of the wealthy landowners, to explore and plantations to visit. And let’s not forget the houses of the famous, such as Goldeneye, where Ian Fleming wrote some of his James Bond novels and Noel Coward’s Firefly, both of which now welcome visitors.

And everywhere you go there seems to be music. Hardly surprising on an island which was once the home of Bob Marley. So don’t worry, be happy!

A number of airlines, including British Airways and Virgin Atlantic, fly between the UK and Jamaica’s international airports, Kingston and Montego Bay. There are also charters operated by companies such as TUI. Flight time is about 9hr 45min.