Regular uses of Bank station, one of the most popular DLR links to London City Airport (LCY), should be aware that a major stage in its rebuilding programme starts next Saturday (15 January), perhaps adding to travel time. 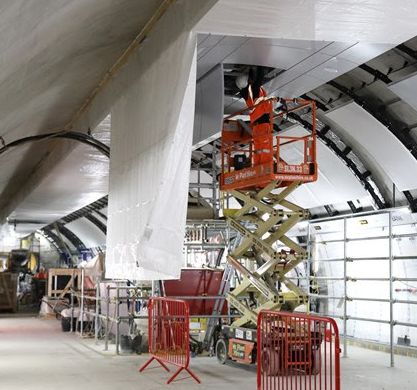 The Northern line will be closed for 17 weeks, between Kennington and Moorgate in both directions, from 15 January until mid-May 2022.  This will also affect Monument station, which is effectively part of the Bank complex.  Travellers from stations on the Central line joining the DLR should not be affected, although quite a lot of walking is involved.

This vital upgrade to Bank will see its capacity increase by 40% when finished, with improvements including a new railway tunnel and platform for the Northern line, step-free access to the Northern line and improved access to the DLR platform. There will also be more direct routes within the station and a new station entrance on Cannon Street.

The DLR is easily the most popular surface connection to London City Airport and travellers are recommended to change at Canning Town for the Jubilee line with frequent services to London Bridge and Waterloo main line and the West End.  The DLR connects with London Overground at Shadwell and also runs to Stratford, a major intersection. Canary Wharf can be reached via Poplar.

I look forward to the new Bank station. From the DLR the Northern Line was easy. Let’s hope TfL sticks to its schedule.