Called the ACJ TwoTwenty, but in truth an Airbus A220-100, the first of a new class of business jet has been delivered to Comlux, the Swiss-based executive jet operator. 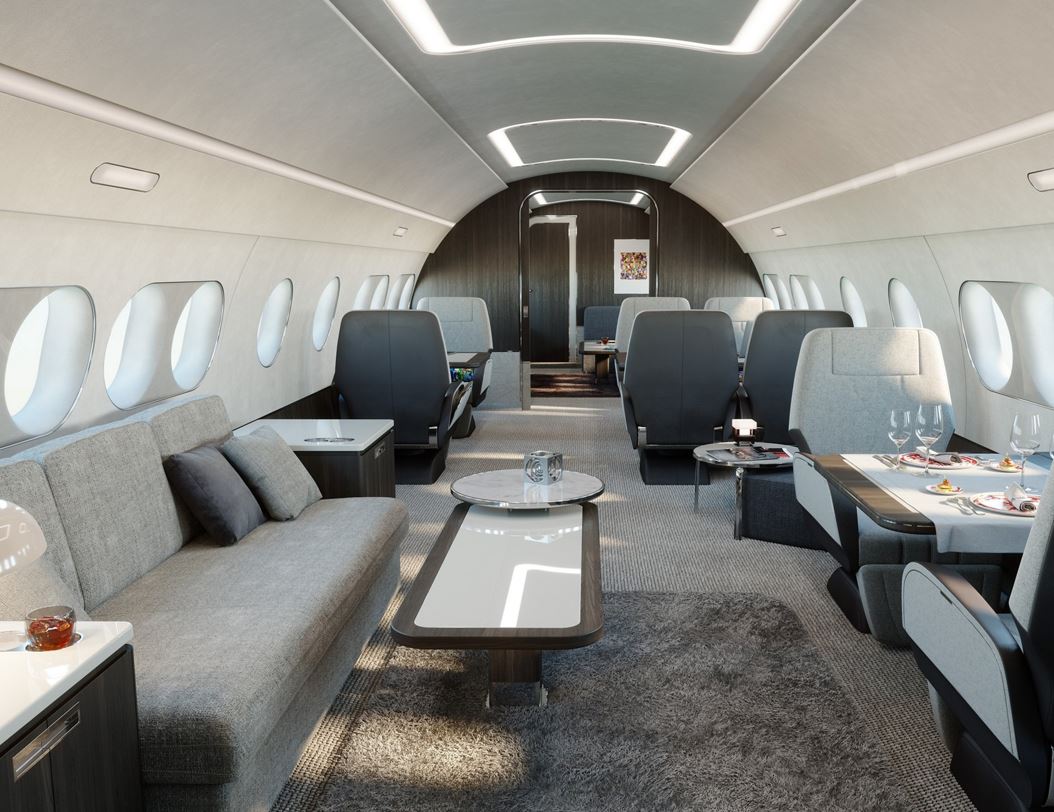 The aircraft was flown from the Airbus A220 final assembly line in Mirabel (Canada) to the to the Comlux cabin completion facility at Indianapolis (USA), where a VIP installation will be fitted over the coming months.

Airbus claims it is a game changer in the executive jet market combining intercontinental range enabling the aircraft to fly over 12 flight hours non-stop and unmatched personal space.

It should be possible for the TwoTwenty to operate out of smaller airports such as London City, where the A220-100 is already used by Swiss A220s.  This could bring the airport within easy range of New York, Washington and even possibly Los Angeles depending on airport performance considerations.

The A220 is a big aircraft by London City standards. Will there be enough apron space by the executive terminal to allow it to park?