There has been a sharp official government response to the Labour Party taking up the cudgels in the wake of The Sunday Times attack against General Aviation (GA) and Secretary of State for Transport Grant Shapps in particular.
(See BTN 15 November FROM BTN'S EDITOR-IN-CHIEF) 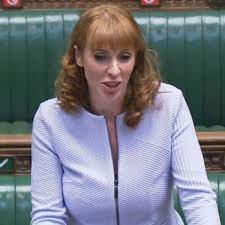 Last Monday (15 November), Rt Hon Angela Rayner MP, Deputy Leader of the Labour Party, published a letter criticising the Secretary of State for Transport for promoting various policies on General Aviation, with an accusation about how some of it could be seen as lobbying.

In his response Robert Courts, Minister for Aviation, Marine and Security was strident in defending this part of the aviation industry.

Echoing the leader from last week’s BTN, he strongly rebuked the Deputy Leader of the Labour Party.

“Suggestions that General Aviation is a hobby sector shows a fundamental misunderstanding of the sector. General Aviation is the seedbed of all aviation, developing the talent of the future, the safety processes that underpin the entire industry, and is the test bed for emerging zero emission technology.”

The full response can be found at https://assets.publishing.service.gov.uk/government/uploads/system/uploads/attachment_data/file/1034284/general-aviation-dft-priorities-and-governance.pdf

M/s Rayner is out of her depth. Surely the Labour Party leady did not sign this nonsense off. I do not agree with his politics but he is at least pragmatic. As a local MP she should do better!

What on earth is Rayner trying to do? The Labour Party is a real mess if that’s their response to allegations. At least put up someone who knows they are talking about. More like amateur politicians than amateur pilots.