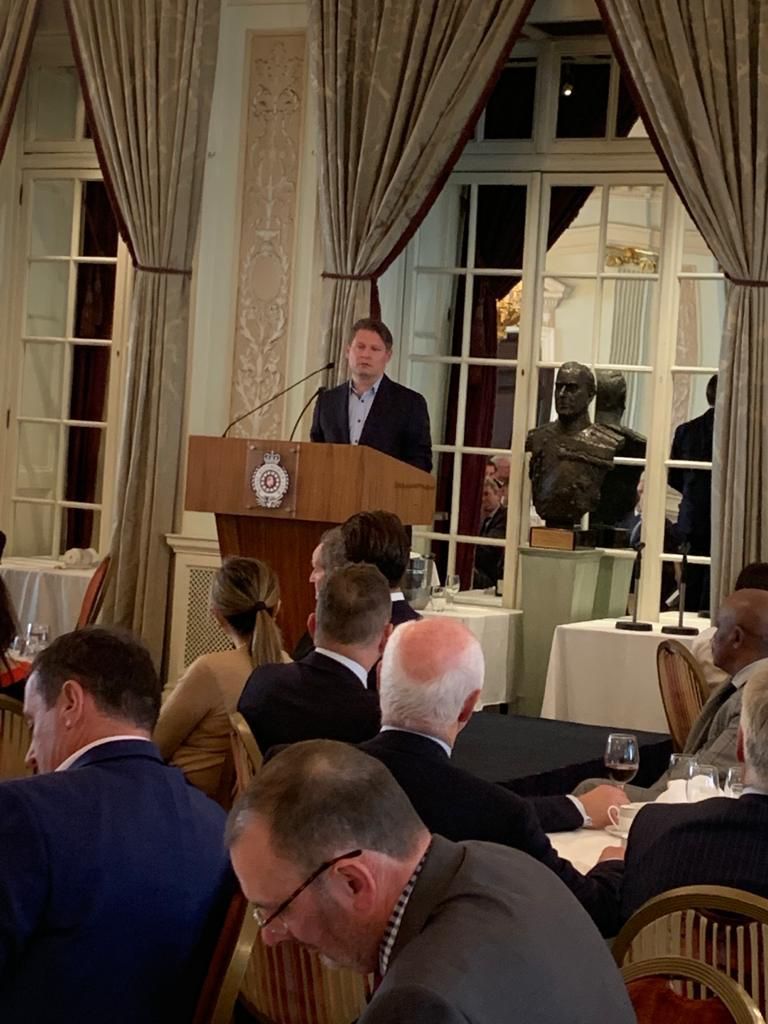 He was Guest of Honour at the Aviation Club of the United Kingdom at its first luncheon since March 2020.  Even that occasion was far from normal with Wrenelle Stander, Group Chief Executive of Comair, BA’s South African franchise holder, speaking via video from Johannesburg.

Mr Manner, who joined the airline in January 2019, had a long career in management positions at Nordea, the largest financial group in the Nordic countries, and since 2016 he has worked as a member of Nordea's Group Executive Management and as Head of Personal Banking.

Little did he know when changing direction, a little over 2½ years ago, it was his financial knowledge that was to come to the fore.

“When the pandemic started, we at Finnair were fully focused on launching two new routes in Asia, Tokyo Haneda and Busan in South Korea. We had a record year behind us, with revenues exceeding 3bn and almost 15m customers flew with us.”

As he put it “Our organisation has gone through the ultimate stress test.”  Finnair secured over €2bn of new financing – including a €500m share issue.

“Looking at the Finnair team now, I can sincerely say that we have become a better team. We work closer together, we are faster and we are more entrepreneurial.”

In an interesting aside he said that the airline was looking at potentially replacing some of its most CO2 heavy domestic routes with a Finnair branded bus service connecting international flights. “This is yet another example of us not waiting for government directives to be better for the planet, but taking measures directly ourselves.”