Across five memorable days at Blenheim Palace, this year’s Salon Privé Week blended established favourites such as the Concours d’Elégance and the return of live-action with the ‘Hill Sprint’. 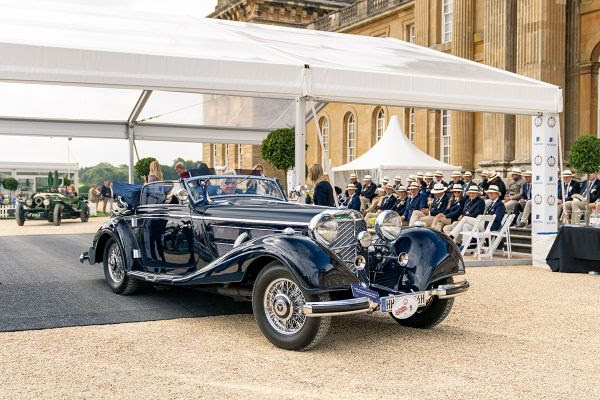 As one of the most prestigious such events in the world, it is a Partner Concours to the Peninsula Classics Best of the Best Award and features a panel of International Chief Judge Advisory Group judges, all renowned experts in their respective marques.

Wednesday also hosted the grand unveiling of a brand-new feature for 2021, ‘The Red Collection’. Presented on the historic Blenheim Palace cricket pitch, and featuring a centrepiece Ferrari 250 GTO, chassis 4399 GT was rebodied by the factory ahead of the 1964 season, using the updated ‘Series 2’ body style. It was surrounded by a carefully curated selection of exceptional cars, including everything from a 1927 Amilcar C6, last year’s Best of Show 1931 Alfa Romeo 8C 2300 Monza Spider, to the only original red McLaren F1 in the world and a 2009 Pagani Zonda F Clubsport.

The coveted Best of Show award presented by Boodles was announced during Ladies’ Day on the Friday.  The accolade went to a unique 1938 Mercedes-Benz 540 K Cabriolet A.

An esteemed panel of judges awarded the Churchill Cup for Most Exceptional Design to a 1972 De Tomaso Mangusta. Named in honour of Sir Winston Churchill – who was born at Blenheim Palace – the prize celebrated design and elegance, with the panel including automotive designers Ian Callum and Fabrizio Giugiaro, headed by Chief Judge and five times Le Mans winning legend Derek Bell.

An Aston Martin DB2 that competed on the 1956 Monte Carlo Rally picked up two prizes – the Preservation Award and People’s Choice – while event host, the Duke of Marlborough, selected his favourites on both two wheels and four. He presented the car award to a 1949 Bentley Mk VI Light Touring Saloon by Hooper & Co, owned by Yohan Poonawalla, while the motorcycle award went to the 1901 Triumph Minerva motor bicycle.

Saturday was given over exclusively to the premium marque car clubs, for the Salon Privé Club Trophy presented by Lockton. A number of significant anniversaries were being celebrated, including half-centuries for the spectacular Italian trio of Lamborghini Countach, Ferrari 365 GT/4 BB and Maserati Bora. A Manufacturer’s Award and a Secretary’s Award was presented to a car from each of the owners’ clubs, but the top prize, the Lockton Club Trophy, went to a fabulous 1953 Rolls-Royce Silver Wraith. 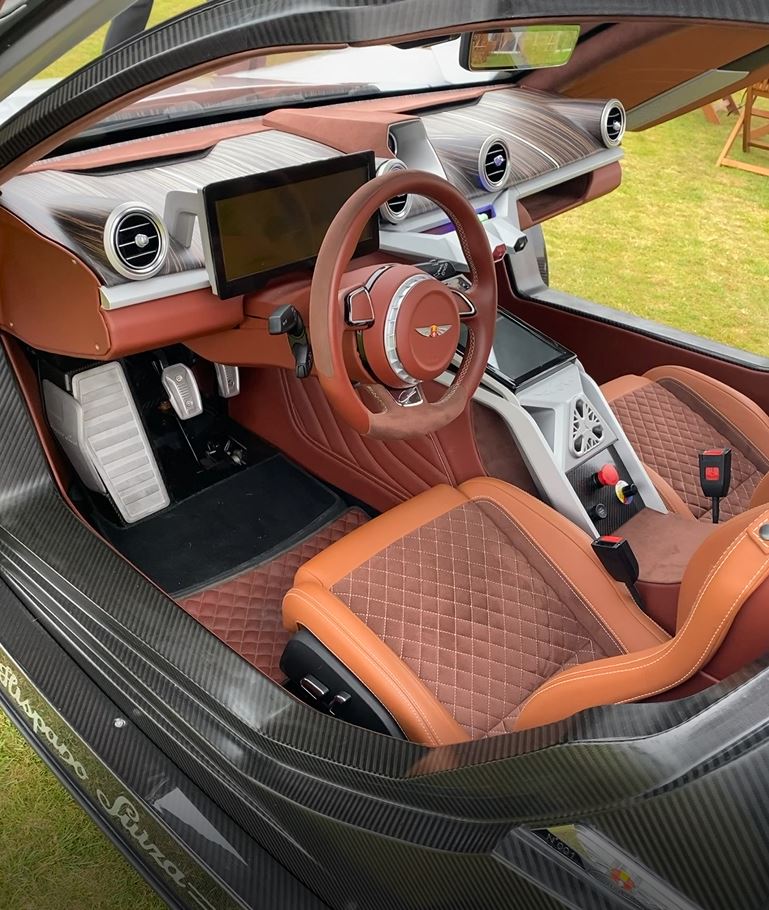 Sunday proved to be a spectacular conclusion to Salon Privé Week thanks to the addition of yet another new feature.

Called “The Classic & Supercar Day” it was open to the public, and enthusiasts flocked to Blenheim Palace to revel in the return of rally cars to the venue for the first time since the halcyon days of the RAC Rally. Group A, Group B and World Rally Championship machinery was demonstrated on a course that ran from the North Gates down to the Vanbrugh Grand Bridge in the Palace grounds.

Commentary was by racing driver and broadcaster Tiff Needell, alongside Andrew and David Bagley brothers and organisers.

Also taking part in the ‘Hill Sprint’ was a spectacular selection of supercars and classics, including a number of UK and world debuts, one such being the Touring Superleggera Arese RH95, and finishing with a cavalcade of Jaguar E-types to celebrate 60 years of the landmark British sports car.

David Bagley said: "This was our most ambitious event yet, with a number of exciting new features over the course of the week and it was a spectacular success. From the demonstration runs to The Red Collection, it was a reflection of our passion to keep innovating and looking to the future, and we’re delighted that it was so well received.”

Next year there will be two Salon Privé events. 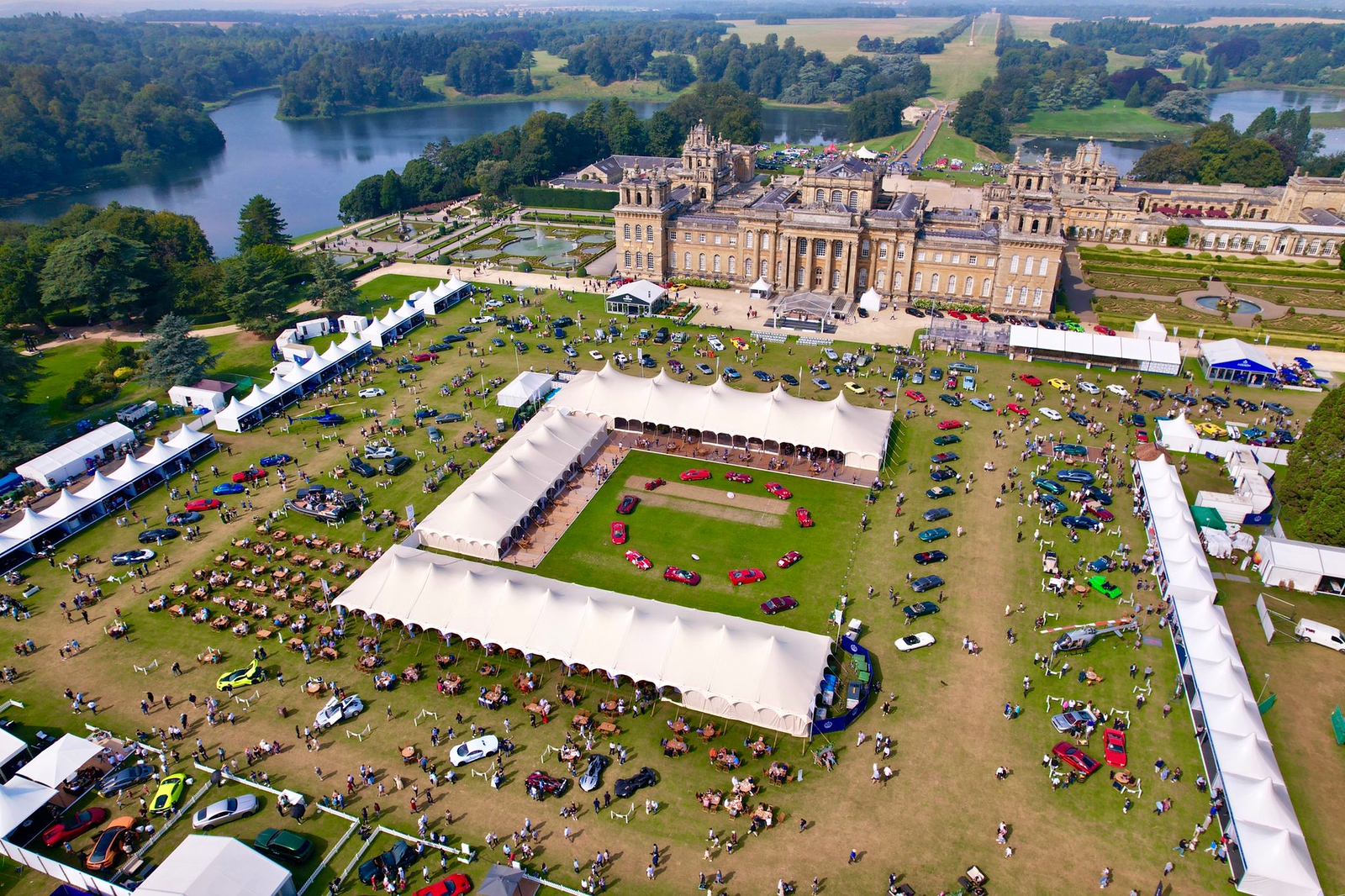