If you want any Economy class (Euro Traveller) cabin service on British Airways short-haul flights it needs to be pre-booked via an app in the airline’s latest cost cutting move. 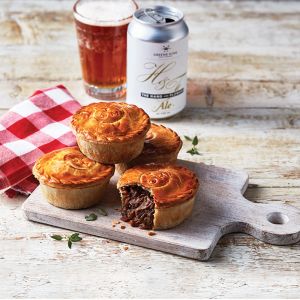 The only nutrition now available is a complimentary bottle of water and snack.  What is available on-line via an app is the Speedbird Café, a gourmet range by Michelin-starred chef Tom Kerridge. It is named after the airline’s call-sign, itself a concession to BOAC when it was effectively taken over by BEA in 1974.

EasyJet offers what it calls its “Bistro” selection on board, Ryanair a “meal deal”.  You can pre-order your meal at the Jet2 website; if you don’t there is also a wide range of snacks, meals and drink options for purchase on board the aircraft.

All the UK airlines are now cashless.

In my experience BA suffers from Heathrow in its long-haul services because of all the walking for passengers. Also, they forgot to tell you the fast way from passport "control" to the Concorde lounge. (Control in quotation marks because your passport isn't going to control anything; it's going to be checked. A Gallicism lurking there.) Of course, it was meant to walk PAX through the maximum space of duty-free, but not serve the passenger, especially one with two carry-ons including a computer. But even between the short-haul pair of LHR-PAR in biz they served a decent warm scone with clotted cream and jam. Very nice. AND a small bottle of champagne. With a wink of the eye, you could also get a bottle to take home. Another nice gesture. BA crew at the front of the plane were great. In Bangkok they even had a nice "golf-cart" service to take you from lounge to gate. Quite a distance.

Further comment onBritish Airways proposed new low cost airline Gatwick base. ………………………………………………………. I can think of a few suggestions for the name for their new start up company which is open to be used without copyright or fee but just to give ideas of how the market can evaluate/ view a name without great expense of advertising / marketing/ image consultants fees involved ! .. BEA (British European Airways)….retro colours and fond memories pre-privatisation. .. BEAGLE (British European Airways Gatwick Low Expense) .. BAsic (British Airways Shorthaul International Carrier) .. BAG (British Airways Gatwick (recognising fixed home base) .. BEALINE (Recognising the old BEA call-sign) .. BEACON (Recognising the first BEA reservations computers) .. BOADICEA (Recognising the early BOAC reservations system) .. BRITISH AIRTOURS (retro colours of the old BEA LGW charters) .. SOUTHEAST (to replicate the regional days of NORTHEAST/CAMBRIAN/BKS era but with a southern flavour for Gatwick base) .. Just a few ideas but I don’t mind what it’s eventually called as long as you can buy a drink on board and a snack without relying on the smart phones/internet to pre-order as part of the enjoyment of a trip is to order what you may take a fancy to when the good old trolley comes around in-flight and not be reliant on which seat number you were originally allocated to get serviced!! . (People do move seats in flight for convenience/space/trim/split families/split couples etc, so lessons should have been learnt from the early charter days of “meal or no-meal pre-bookings” which went hideously wrong if you changed seats against the final published on-board seat plan (PP/N)!!!!

What I, and may others, will do is visit Boots (the best airport sandwiches) just before the flight is called, and order what I fancy at that point of time. And give the packing to the BA staff!

Some readers may recall that once, many years ago, BA gave out food packages as you boarded. The idea was to save staff work. It was quickly dropped.

I think it’s a ploy to reduce cabin crew!

I like to fly BA. And don’t usually buy from the cabin staff, but would like the possibility. EasyJet at Gatwick will become my favourite airline.