Revealed on Friday was one of the most advanced check-in systems yet seen, and one that will surely be copied by airlines. 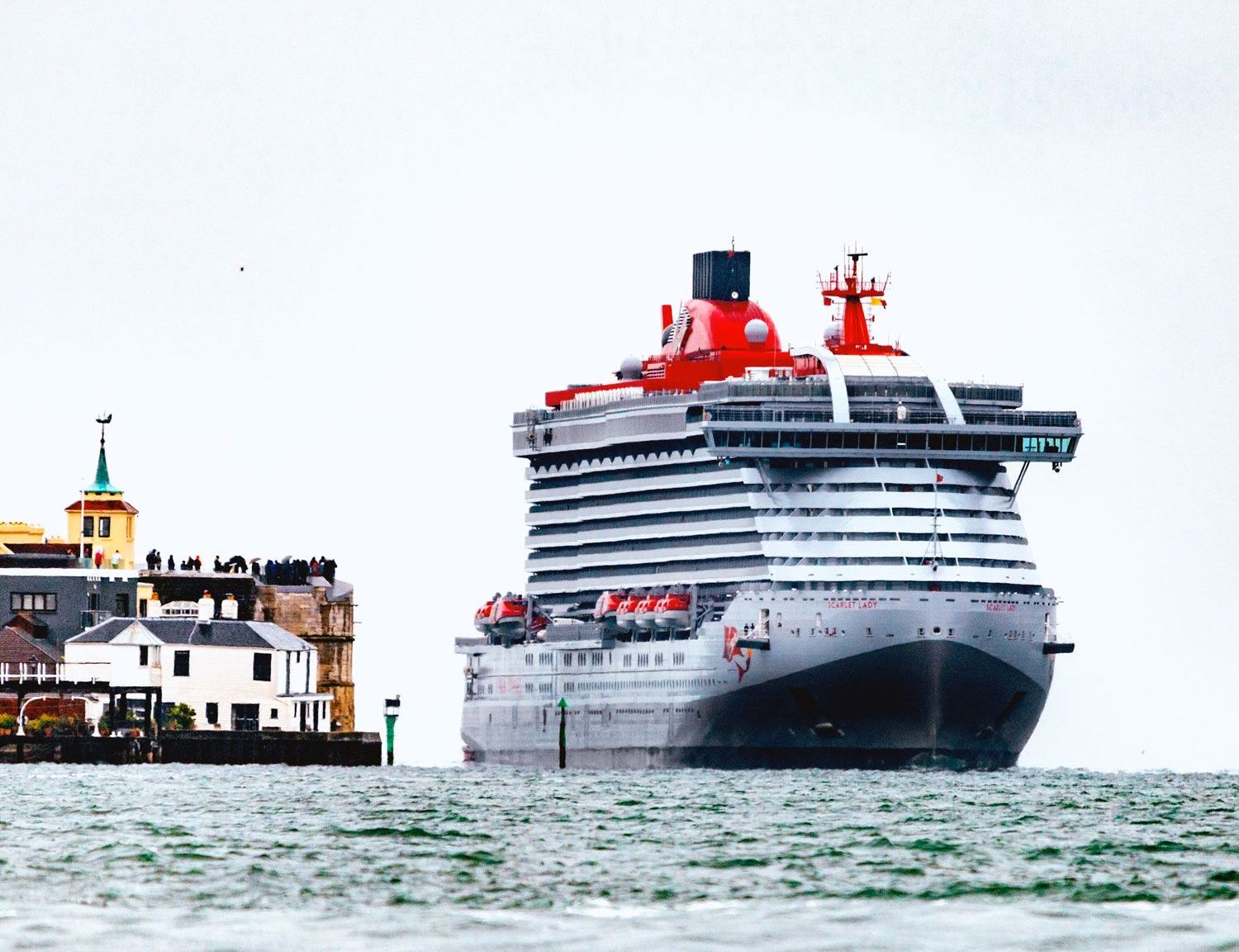 For the maiden voyage with the 110,000 ton 2,800-passenger capacity Scarlett Lady, Virgin Voyages introduced a completely on-line check-in system where ‘sailors’ downloaded an app onto their mobile device in which they then entered their reservation number, followed by a request to take images of themselves and their passports together with credit card details for on-board expenses.

A few standard questions to be ticked off and that was that.

Virgin took the Fred Olsen route with Covid-19 checking, offering an off-site lateral flow check rather than Celebrity Cruises pre-check-in PCR test. Just like the others it’s not a full ship.

Marella Cruises will be the first British cruise line to restart fly-cruises, with its first sailing from Corfu on 3 September whisking guests to firm Greek favourites which include popular Santorini and Mykonos, historical Rhodes and the largest island Crete.

During the balance of August and in September there are plenty of bargains available from British ports.   And a chance to sample a variety of ships not normally available  Click here on UK Domestic Cruises.

Carnival Cruise Line has confirmed positive Covid infections on one of its ships sailing out of Galveston, Texas, on a Caribbean voyage.  People who have tested positive are isolated aboard the ship and their close contacts are being monitored.  In response to the outbreak, the cruise line has tightened protocols, requiring masks to be worn in some indoor areas, even for fully vaccinated guests.

The BTN August Cruise News can be found here.

And the news from Venice.

What provisions are being made for mainly older people who have standard mobile phones, not smart phones? Six years ago, Royal Caribbean had crew with tablets in the terminal checking in people as they arrived. Car to cabin, 12 minutes. I think it's time cruise lines stopped confusing good service with self service.

This does sound an exciting idea. On-line check-in is now standard. Taking an image of oneself is a good idea providing the software is not too fussy. It took six attempts to register for my passport. And adding a scan for the passport is a simple and obvious idea. For airlines it will need to link in with the security check