Thursday afternoon 12 August at 14:05 should see the maiden departure of JetBlue Airlines from Heathrow nonstop to New York JFK flying a narrow-bodied Airbus A321LR jet.  Arrival is set for 17:28 (all times local). 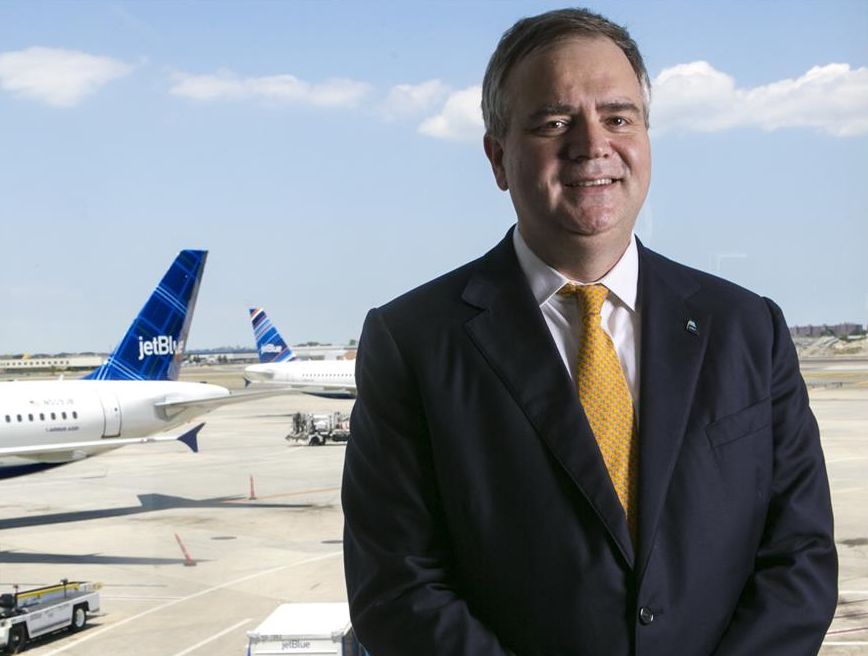 At the time of writing seats were available at £663 Blue Basic and £2,107 Mint (Business Class), with BA Dreamliner prices starting from £1,141 and £3,447 respectively.  Under the present rules British nationals for the most part will not be allowed to enter the United States, but that is no problem for US passport holders.  American Airlines, Delta Airlines (see Delta ramps up in this week’s BTN), United (to Newark) and Virgin Atlantic all compete and with the exception of United are all in partnership with one another, which helps if things go wrong!

The London – New York route is huge, getting on for 5m passengers in 2019, before the collapse of Norwegian, and with vast potential in normal times.  Sad to say the Oslo-based carrier, even with the fuel efficient Boeing 787 was only the latest to fail, starting with Freddie Laker and his Skytrain which went bankrupt in 1982 following a memorable (some would say dirty) battle with British Airways.  There have been other attempts with low-cost operations over the years from both Luton and Stansted airports.  Pan Am and TWA are names from the past too.

With the current restrictions BTN is unlikely to be represented on the inaugural and any contributions will be welcome. For next Monday we will take a look at Social Media for an evaluation.