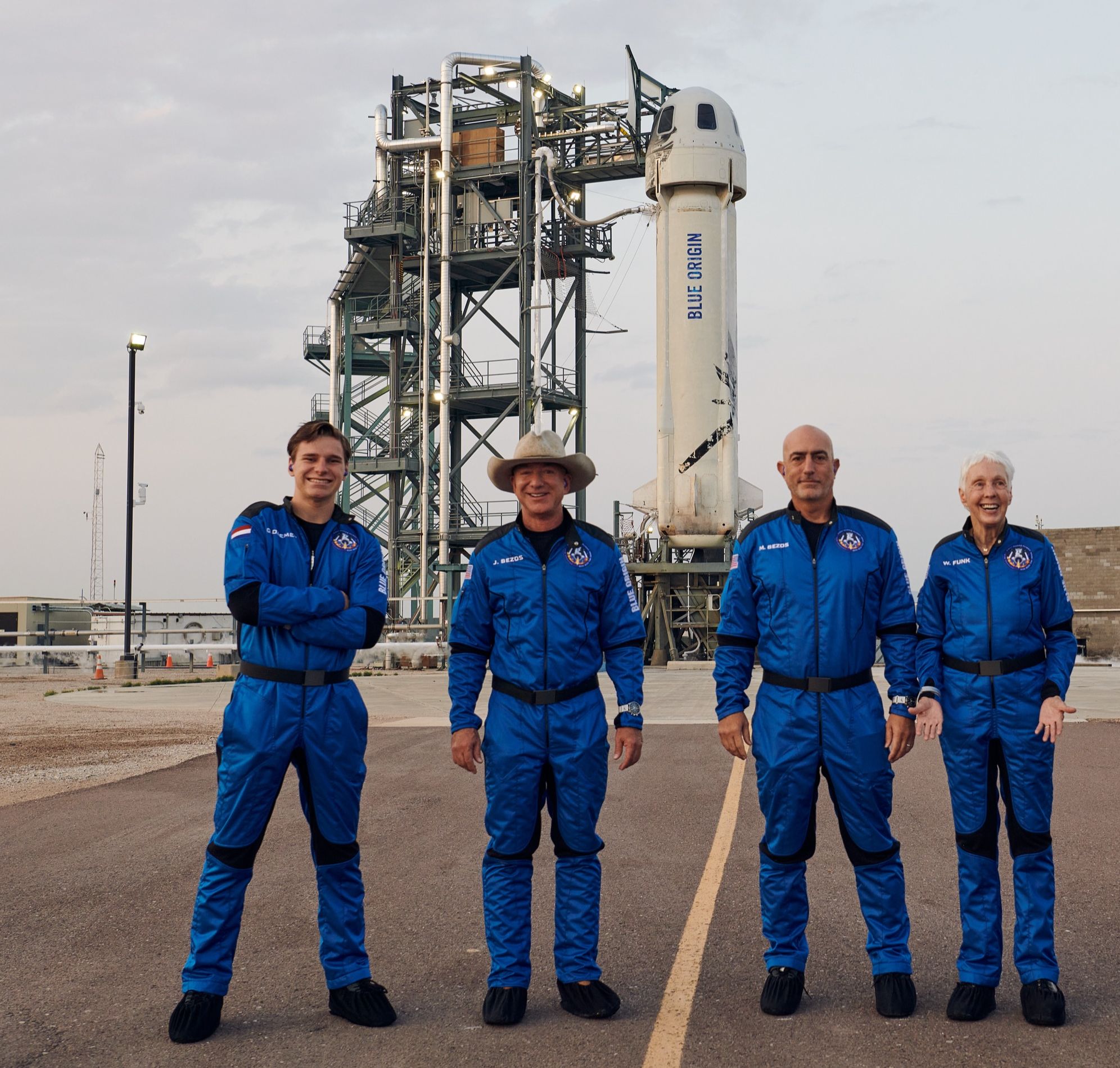 He was beaten by fellow bragger Richard Branson, who nine days earlier in his Unity vehicle (See Branson takes off BTN 12 July) had separated from mother ship Eve and was propelled into weightlessness.  Bezos went higher to 350,000ft in his Blue Origin rocket together with brother Mark, Ms Wally Funk, 82-year-old pioneer of the space race, and 18-year-old student Oliver Daemen.

They travelled in a capsule with the biggest windows flown in space, offering stunning views of the earth.

When the capsule touched back down after the 10min 10sec flight, Jeff Bezos exclaimed: "Best day ever!"

Amazon founder Bezos – and other participants in the "billionaire space race" – have been criticised for offering what some see as joy rides for the super-wealthy. Critics say the money could be spent on pay rises for employees or fighting climate change.

However, Bezos insists he has an environmental vision: "We need to take all heavy industry, all polluting industry and move it into space, and keep earth as this beautiful gem of a planet that it is," he told NBC.

"It's going to take decades and decades to achieve, but you have to start, and big things start with small steps... that's what this sub-orbital tourism mission allows us to do, it allows us to practice over and over."

In the 1960s, Ms Funk was one member of a group of women called the Mercury 13. They underwent the same screening tests as male astronauts, but never got to fly under the US national space programme.

Both events were upstaged by Covid-19 and Euro 2020 soccer.