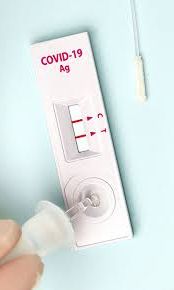 Whilst not initially calling the British Government to task, in a statement he makes it very obvious who his target is.

According to IATA’s most recent traveller survey, 86% of respondents are willing to get tested. But 70% also believe that the cost of testing is a significant barrier to travel, while 78% believe governments should bear the cost of mandatory testing.

“IATA supports Covid-19 testing as a pathway to reopen borders to international travel. But our support is not unconditional. In addition to being reliable, testing needs to be easily accessible, affordable, and appropriate to the risk level. Too many governments, however, are falling short on some or all of these. The cost of testing varies widely between jurisdictions, with little relation to the actual cost of conducting the test. The UK is the poster child for governments failing to adequately manage testing. At best it is expensive, at worst extortionate. And in either case, it is a scandal that the Government is charging VAT,” said Willie Walsh.

The real question is “which test to take?”.  In the cruise industry some companies are happy with the quick and cheap lateral test, whilst others insist on PCR.  In defence of the British Government the lateral test is available free from the NHS and can be undertaken at home.

Hear hear Jackie no.2. As I commented last week, Grant Shapps's promise some weeks back to take action about the high price of PCR tests seems to have been forgotten about.

Jackie, hear, hear, hear! A few people are making millions from this testing racket and the Government gets 20% VAT on each test so the more they charge the more the VAT the government receives. A complete racket!

Thank you Willie is all I have to say. We (double jabbed) are trying to book a getaway in September, while the "leaving this country / arriving in destination" all looks smooth enough, the return procedure looks confusing. Test in destination prior to our return, is that PCR/lateral flow/ or whatever the country offers? and then day 2 PCR after return to UK. a plethora of companies offering this at a variety of prices, none of which seem reasonable. The exit test appears to cost around Ł30, fair enough I would say, hoping it will be accepted on re-entry, but in the UK it varies wildly in price from what I can see from Ł69 to Ł130. I hear stories of the kits not turning up despite payment being taken. I have no objection to a fair charge for my pleasure trip, but come on, surely I could pay the NHS this money instead of a private firm. Call me a conspiracist but it smacks to me of money making schemes by people not too distantly removed from government!