Editor-at-large Jeff Mills continues BTN’s series for those whose summer visits are UK-bound. 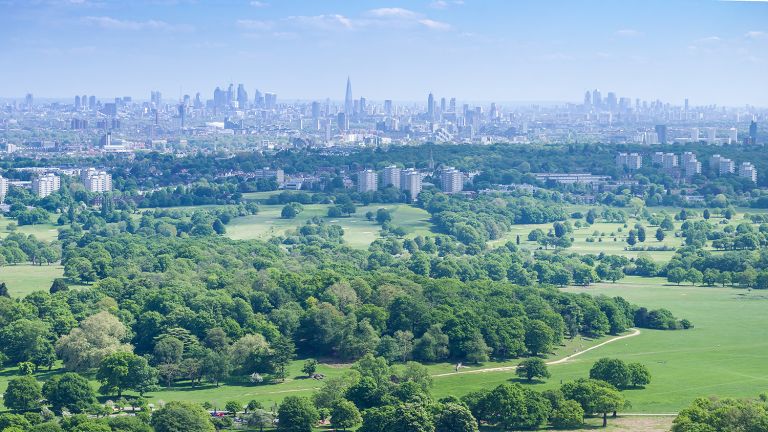 A cloudy morning in a summer of limited foreign travel, most of the trees are in full leaf. The grassland underfoot is damp with the overnight dew. All is silent, until suddenly, as the mist is gradually burned away and gives way to some weak sunshine, a herd of fallow deer, some with magnificent antlers standing proud, appear at the edge of some dense woodland.

This may well be a sight familiar to those who have visited some of the remoter parts of Scotland’s Highlands but here, believe it or not, we are a mere 30min drive from central London.

This is Richmond Park, the largest and some would say the most magnificent, certainly the wildest and least formal of London’s superb Royal Parks. And it has been in great demand since the Covid pandemic led to UK attractions once again coming into their own.

To some Londoners, used to a daily commute into central London, the park’s roads are little more than a convenient, if stunningly attractive, shortcut from the Richmond area towards the central areas but it is much more than that.

The countryside here has changed little since, in 1625, King Charles I, while looking for somewhere to escape from an outbreak of plague in London, realised that Richmond was not only highly suitable but also gave him the best opportunities for hunting near London.

The area included open grassland with individual oaks, some of which were already mature even at that time and many of which are still standing now. The problem was that there were also some small farms and “common land” where local people had a right to graze their cattle or collect timber. As was the way with monarchs in those days, however, Charles seems to have simply ignored all their claims on the land and, in 1637, created a hunting park.

He introduced around 2,000 deer, and to make sure they stayed in place he built a brick wall eight miles long, which is still in place today. The locals of the time were, understandably, furious about the King’s actions. The bottom line was that he was eventually forced to pay compensation to some of the landowners and was made to restore the right of people to walk in the park and collect firewood, providing access by installing a ladder in the wall.

Large established trees were ‘pollarded’, cut regularly at about three metres from the ground, a technique which encouraged the trees to grow straight tall branches suitable to be used as timber. This also protected them from browsing deer. Even today, the lowest branches of trees in Richmond Park are all about the same height from the ground – just out of the reach of the deer.

Mind you not all of the park’s landscape is as natural and unspoiled as it seems. In the second half of the 17th century, Charles II spent over £3,000, serious money in those days, on repairs. He created new drinking ponds for the deer.

And while we are on the subject of Richmond Park’s deer, both red and fallow deer which roam pretty much at will, let’s remember that these are wild animals, something which should certainly not be forgotten during the autumn ‘rutting season’ when the deer breed.

The continuing management of the park lead to two new vistas being created in the 18th century so the royals could show their important guests the best views of the park and beyond. One looked down to the grand avenue of what is known as Queen’s Ride to White Lodge, a hunting lodge built for King George l.

The other looked out from what was possibly an ancient burial hill known as King Henry’s Mound, said to have been used by King Henry Vlll to watch hunting – his palace at Hampton Court was, of course conveniently close by! You can still stand here and look down a specially-maintained avenue in Sidmouth Wood across London to St Paul’s Cathedral about 12 miles away. There is even a telescope mounted here in case you want an even clearer view of the City of London.

There have been relatively few other changes in the park. Pen Ponds, a lake divided in two by a causeway, was dug in 1746 and is now a good place to see water birds. A number of small wooded areas were added in the 19th Century, including the magnificent ornamental Isabella Plantation, which at certain times of year is a riot of some of the most beautiful rhododendrons to be found anywhere. 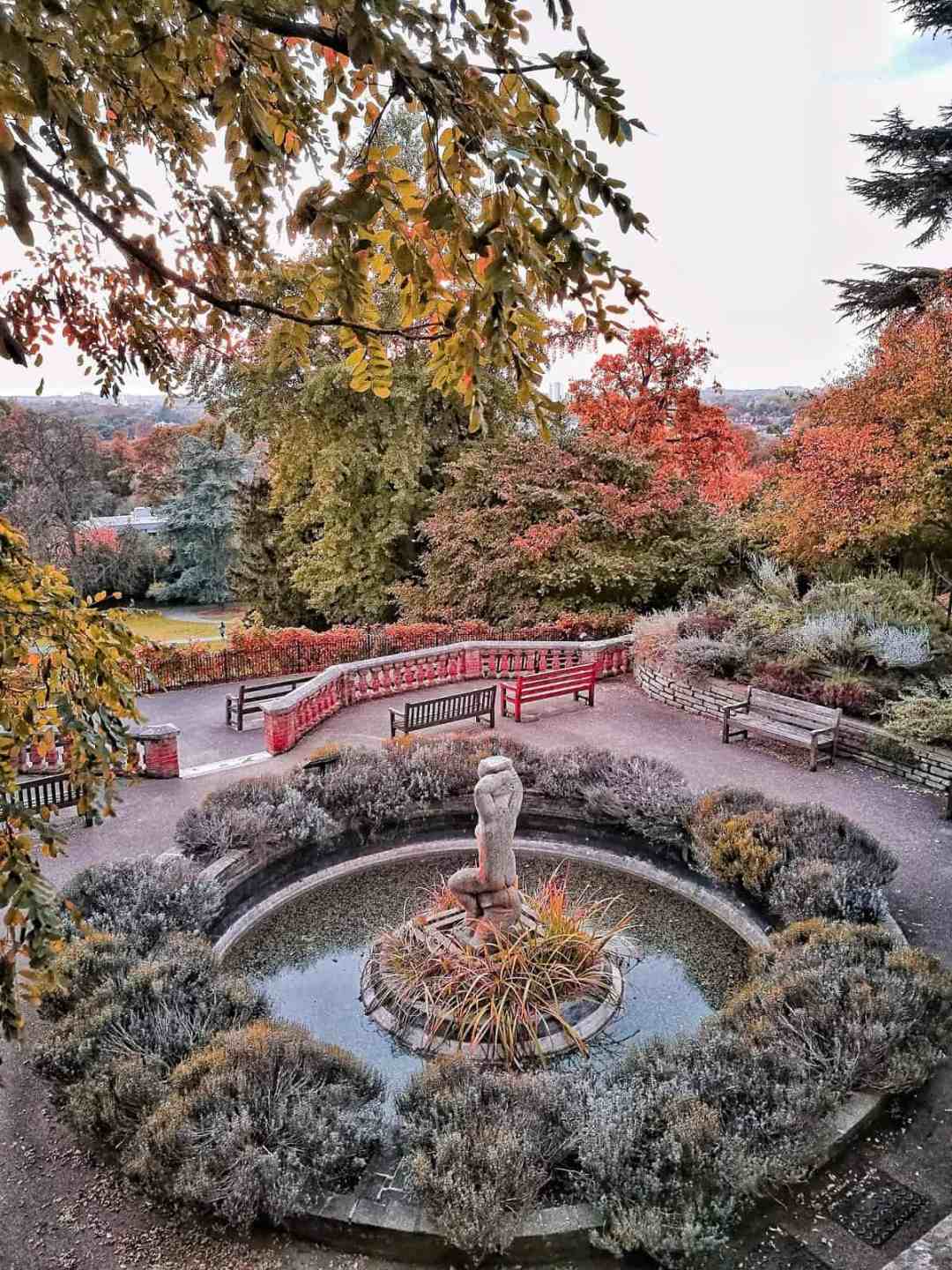 If you are a serious walker, rather than someone who simply fancies a stroll, you will come across the Isabella Plantation if you take one of the great walks, the 121km Tamsin Trail, for which Richmond Park is famous. It is difficult to get lost, you simply start at one of the many car parks in the park and walk!

The attractions to be found in Richmond Park are almost endless but some stand out from the crowd. There’s Pembroke Lodge which, in 1847, became the home of the then Prime Minister, Lord John Russell, and was later the childhood home of his grandson, Bertrand Russell. It is now a popular restaurant with glorious views across the Thames Valley.

And there is another former hunting lodge, White Lodge, a superb Georgian house, which now houses the Royal Ballet Lower School, where aspiring ballet dancers aged between 11 and 16 are put through their paces.

Among all the royals associated with White Lodge, were a number of other famous visitors, including Horatio Nelson, or to give him his correct title Admiral Lord Nelson, who was there in the month before the Battle of Trafalgar, during which time he is said to have explained his battle plan to the house’s then custodian, Lord Sidmouth, by drawing lines on a table with a finger dipped in wine.

And the list goes on. Prince Albert decided White Lodge was a suitable base for his son the Prince of Wales, the future King Edward VII. Even Queen Victoria, at that time grieving the death of her mother, the Duchess of Kent, went to White Lodge with Prince Albert in the early months of 1861, shortly before he died of typhoid and she famously went into mourning for the remaining 40 years of her life.

Richmond Park has starred in a number of films, too, reflecting both its rich history and its place in modern life. The classic historical drama Anne of The Thousand Days, made in 1969, looks back to the park in the 16th Century and tells the story of King Henry VIII’s courtship and brief marriage to Anne Boleyn.

Certainly the sense of wildness you get in Richmond Park may be something of an illusion. There are much wilder parts of the UK, the Highlands of Scotland, for example, the Yorkshire moors or the Peak District, but how many such grand parks can be found so close to one of Europe’s major cities and one that covers 3.69 sq miles?

We took some American friends around a couple of years back. They were amazed to see the deer running around freely.

Wonderful park. Well worth a visit. And you can park near the café mentioned.