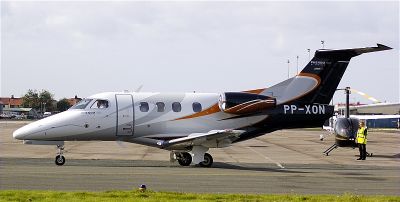 RAF Northolt is London’s oldest airport with Croydon and Hendon gone and Gatwick somewhat moved and upgraded.  Its use for the second BA - Meet-Up, the official title for the business aviation networking conference, set the mind thinking  (Read COMMENT above).

Non-military movements at Northolt are restricted to just 7,000 per year.  That target was pretty much reached this year, according to Darren Grover, Chief Operating Officer at London City Airport, which provides ground handling services for all the arriving and departing executive jets.

The airport’s education centre proved a hospitable venue for some 120 business aviation delegates for two and a half days of presentations and inter-active discussions.

ExecuJet’s Andrew Hoy highlighted the big growth market for buyers of business jets was China, but infrastructure and investment in maintenance facilities was desperately needed in preparation because aircraft “need love on the ground too”! in an aside regarding the important role that FBO and MRO organisations play to support business aviation.

“It is encouraging,” he said, “that 150 of the 400 airports in the country are now open to non-scheduled traffic.  ExecuJet is now out-selling more pre-owned jets than new by ten to one,” he noted, “and interest is especially strong from Asia.  India too is an emerging market, alongside the USA.  Once the biggest market for business jets, North America was hit hardest by the recession, so I daringly put North America and Canada into that category too, now the market is starting to lift.”

Hot topics of discussion were education, training and standardisation for FBO services, including a call for cabin service representatives who fly on private jet aircraft as ‘cabin servers’ to be safety trained.  Currently there are no regulations (on either sides of the pond) for aircraft under 19-seats to have a qualified cabin attendant.  That role is provided by the First Officer.  But do clients who charter know that?  It does seem that the quickly forgotten Varsity Express flew with a stewardess, whilst probably competent, was not part of the legal crew.

Corporate jet training is very different from commercial airline training, opined Susan Friedenburg, a firm advocate of specific industry training.  She runs Corporate Flight Attendant training courses in the US and works with FlightSafety to provide the safety training. 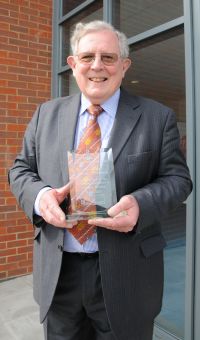 Graham Stephenson, who has enjoyed 51 years in aviation, 23 of them in the business aviation fraternity, most recently as Head of FBOs at ExecuJet, announced an innovative online training course available from June through London Metropolitan University that can be used by FBO staff anywhere in the world.

“People joining the FBO world from the hotel and hospitality industry are going to be daunted in the first few months with all the industry jargon, special language and procedures and this course, who also addresses air law, flight planning, principles of flight, mass and balance, and aircraft performance, will help enormously,” he said.

During BA Meet-Up Stephenson was presented with a Lifetime Achievement Award in recognition of his dedication and devotion to business aviation.

BA Meet-Up, created by Cdr Bud Slabbaert, is to become an annual fixture for industry professionals.  Next year’s event will focus on training, education and information provision.  A change of name might help and save confusion!