Much as BTN wants to promote overseas travel sadly for this year our indecisive government has left the country traumatised. Do we. Don’t we (Stay in the UK). 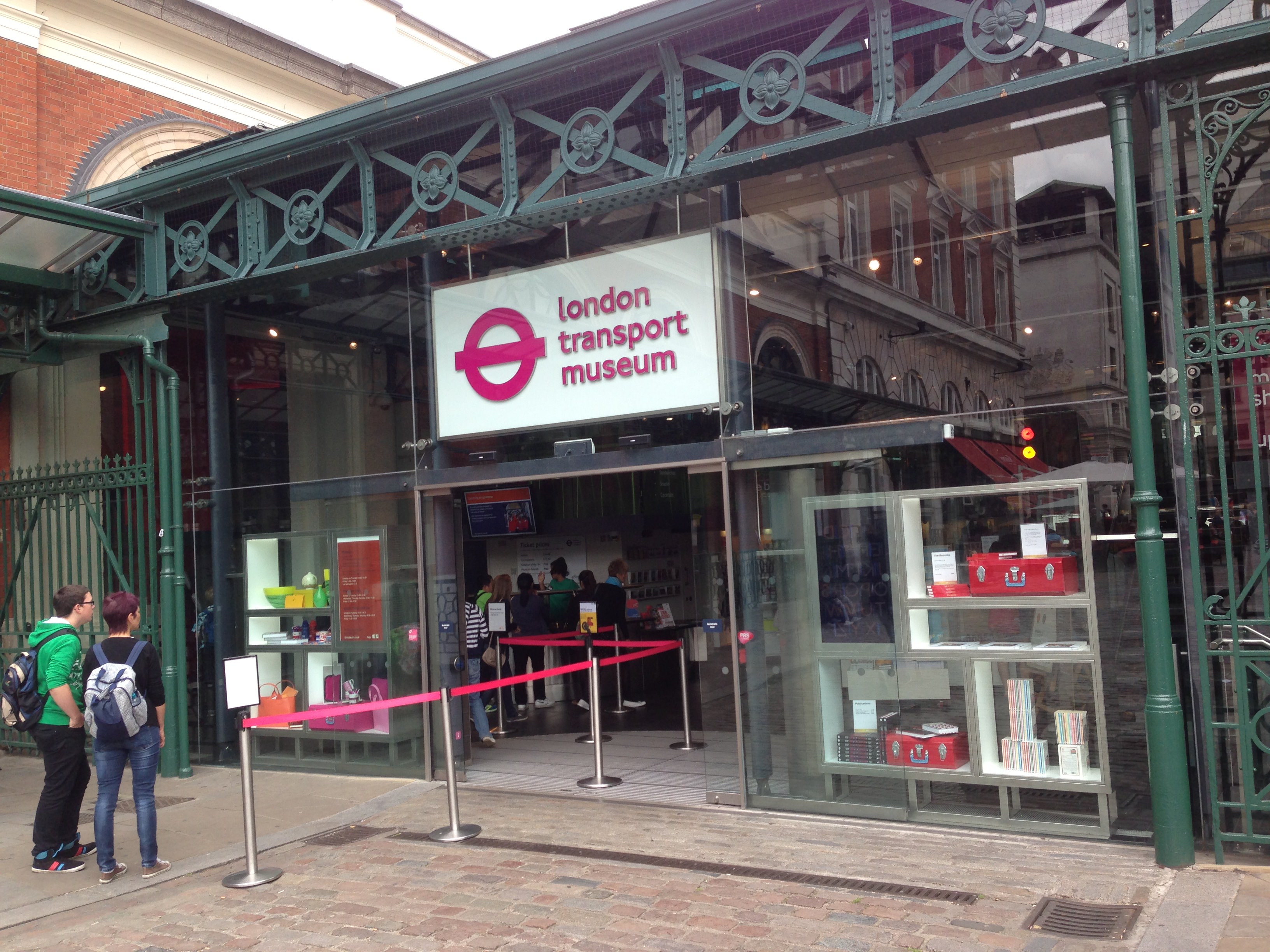 During the summer the plan is to run a series of ON TOURs concentrating on the British market and where to go and what to do.

We start at the London Transport Museum Covent Garden an outing both for children and adults. It is in the centre of the mainly pedestrianised hospitality area which includes eating places galore and the one time Victorian fruit and vegetable market, saved from developers and now a vital part of revitalised leisure campus.  The Transport Museum first opened in March 1980 and has been extensively developed over the years.

It is open from 10:00 daily, pre-booking is required, kids go free and adults can enjoy unlimited daytime entry for a year.  There is also a series of ‘After Dark’ events starting next Saturday (26 June) with The Hot Club of Jupiter, a five-piece locally based group, performing a concert of London-themed songs.

On display are many examples of buses, trams, trolleybuses and rail vehicles from the 19th and 20th centuries as well as artefacts and exhibits related to the operation and marketing of passenger services and the impact the developing transport network has had on the city and its population.

The lively exhibition explores over 200 years of history and reveals compelling stories about the influence transport has on London’s society and culture, and how our travel experiences might change in the future.

At the heart of the story are the people that have kept London moving over the centuries – Victorian pioneers, the avant-garde designers of the early 20th century and the many thousands of transport workers, including those recruited from overseas during the 1950s and 1960s.

Some good things have come from the pandemic.

With the museum you have to book ahead and also follow the one-way system.  This means you are directed to the lift (one family at a time - the floor indicator taking you back in time finishing at 1800) and straight up to the third floor, devoted to London’s transport in the 19th century (and before), an era of the coming of the railways, horse-drawn travel and the world’s first under-the-ground railway system.  Just at the end of the age the word ‘tube’ was used to describe another first, an underground electric rail system.  It stuck!

Next it was down to the first floor and the 20th century, a period of innovation, and the suburbanisation of what we now call Greater London.  Highlighted is the spread of the Underground, the tram system, and the London trolleybuses.  A steam train is on display but as with virtually all the exhibits access is not now allowed due to Covid-19. 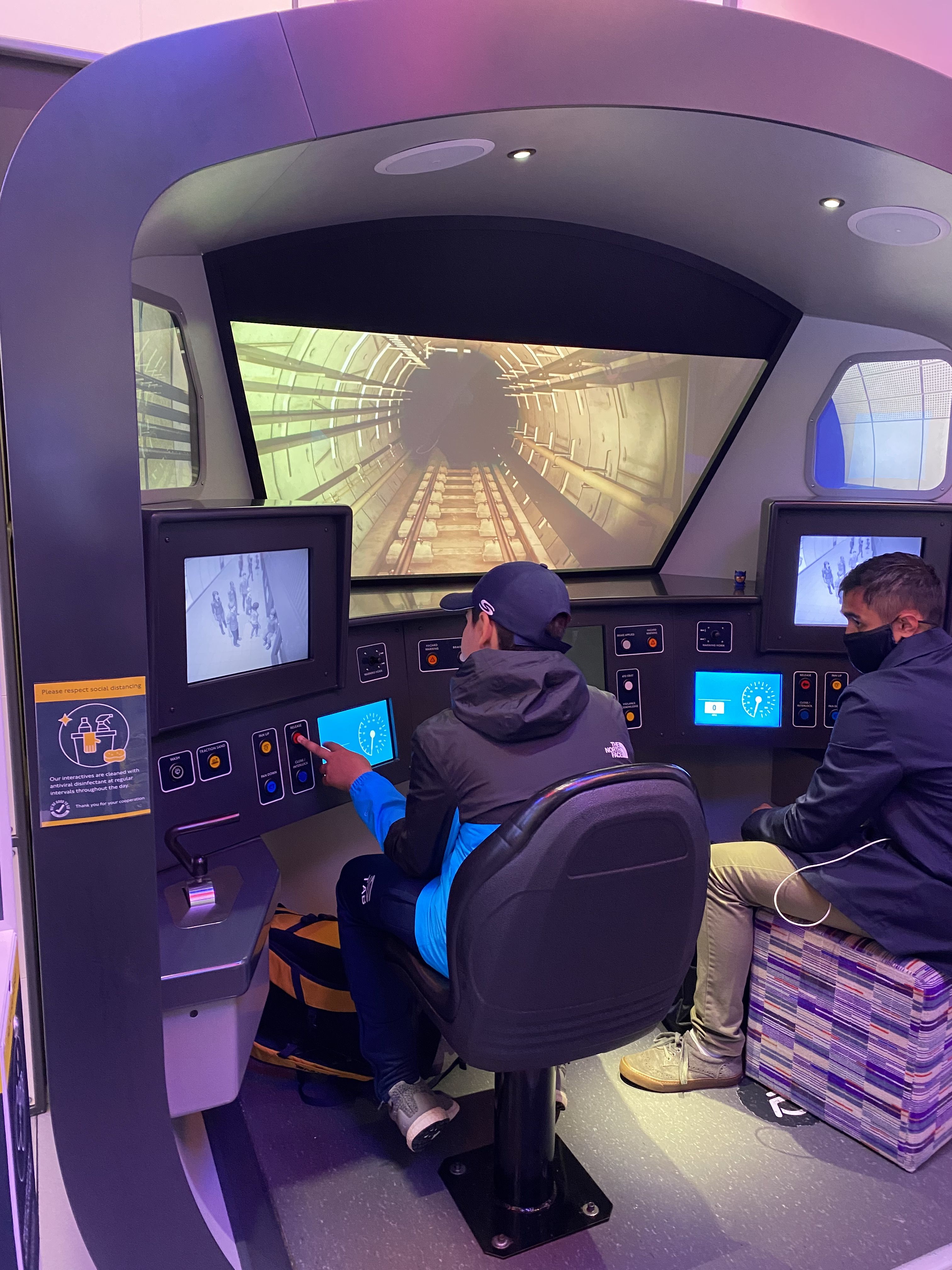 The ground floor is given over to mainly buses including the famous Routemaster, the mainstay of public transport for over 50 years.  For the children there are a number of ‘hands-on features’ including the ‘dead man’s handle’ for the tube drivers.  Here a screen follows the actual route of the Northern Line.  A Crossrail simulator is also available for people to try, and there is a children’s area with the inevitable mock bus for them to climb around.

Also on the ground floor is a fine new permanent gallery, London’s Transport at War. This outstanding feature reveals the crucial role London’s transport has played in global conflicts, from keeping civilians safe on the home front to supporting efforts on the front lines. It introduces visitors to the people behind these stories and features new posters, photographs, safety notices and wartime objects from the Museum’s collection.

To make these important historical stories about life in wartime more accessible for visitors of all ages, including children and young people, the gallery features some fine interactive displays. An atmospheric and immersive sheltering experience reveals what life was like for Londoners seeking refuge in Underground stations during wartime air raids and visitors can make their own Tube station shelter ticket to take home with them.  Visitors (mainly the older ones) can stop and watch Liverpool comedian Arthur Askey keeping London’s spirits up during the bombing (in black and white).

People can rotate a real bus steering wheel to learn about the London buses that went to the Western Front to transport troops. The wheel is engraved with slang terms used by the Army that reveal the experiences of soldiers, including the London bus drivers who served with their vehicles. The word ‘Maconochie’ appears on the wheel – referring to a type of tinned stew of turnips, carrots and potatoes that was eaten in the trenches. It was said that “warmed in the tin, Maconochie was edible; cold it was a mankiller.”

Visitors can also use a new digital touch screen featuring animations to discover the stories of women who worked for the Metropolitan Railway in the WWI and see photos of women at work on London’s transport in both world wars.

The gallery showcases five different themes that explore how the people and transport system of one the world’s greatest cities helped with the war effort.

For the Museum’s popular 5-star Hidden London exhibition in the Global Gallery you have to climb up steps from the ground floor to discover the mysteries of London’s ‘abandoned’ Underground stations, from the secret wartime uses of Downing Street and Clapham South to the creative ways forgotten subterranean spaces are being adapted for today’s world.  Aldwych Station on The Strand is featured, popular with Hollywood.  If you ever see a film featuring a London Underground station it’s Aldwych!

At this time there are no eating facilities within the exhibition itself but the museum’s extensive shop offers the Canteen with a selection of hot and cold food and drinks.  For this area you can walk in from the street and look around the vast display of memorabilia, posters, books and toys. 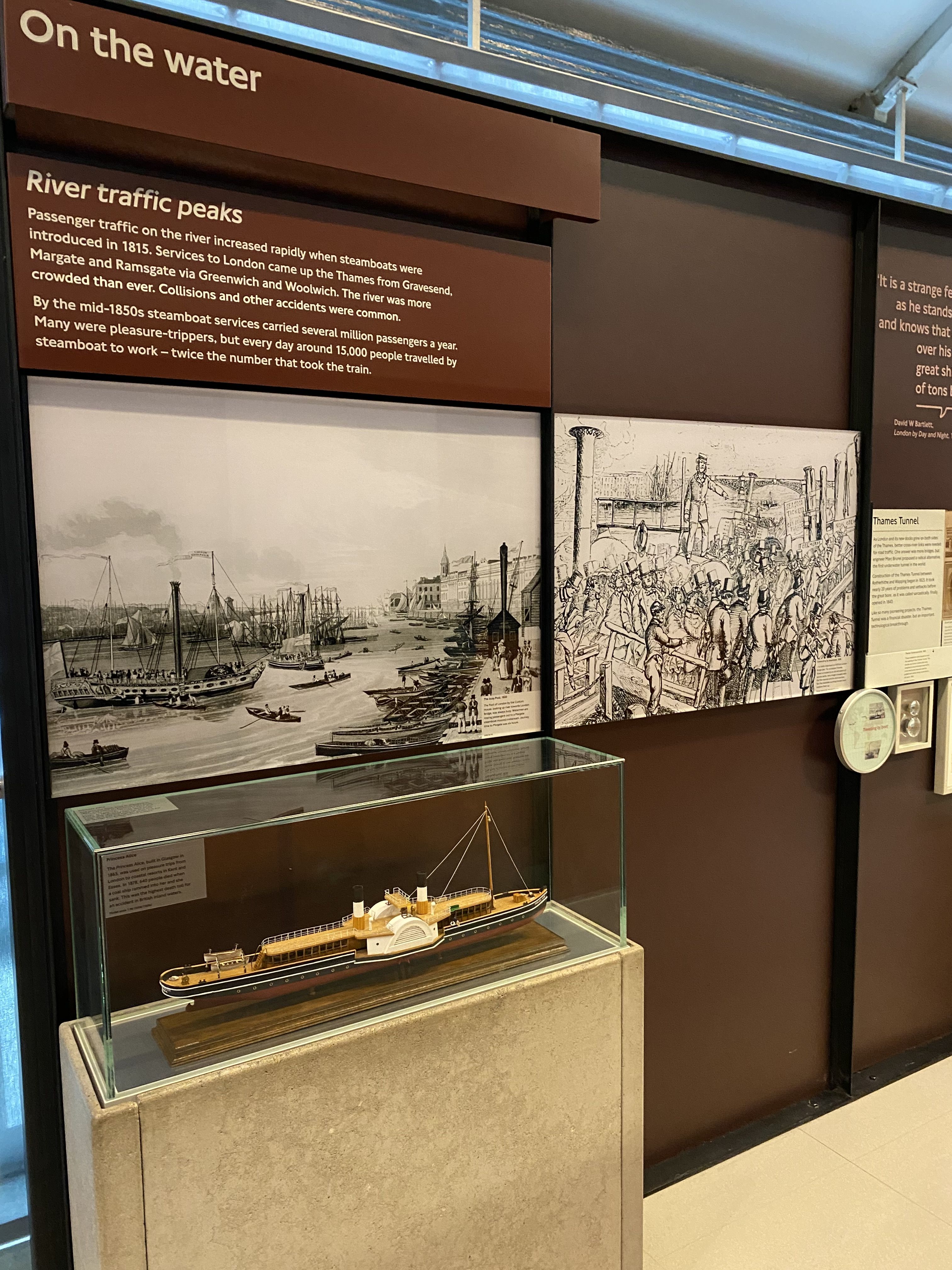 The London Transport Museum also has a large storage centre opposite Acton Town underground station on the Piccadilly and District Lines, which holds the majority of the museum's collection not on display at Covent Garden. It is open to the public for special events, including themed open weekends and guided tours. There’s a miniature railway to ride on.

The depot houses more than 320,000 items of all types, including many original works of art used for the museum's celebrated poster collection, vehicles, signs, models, photographs, engineering drawings and uniforms. Together these form one of the most comprehensive and important records of urban transport anywhere in the world.

A nice article that almost walked me through the London Transport Museum. Would love to visit some day.