Ryanair boss Michael O’Leary was outspoken last week highlighting what he called a  “premeditated breach of all the international aviation rules” by Belarus. 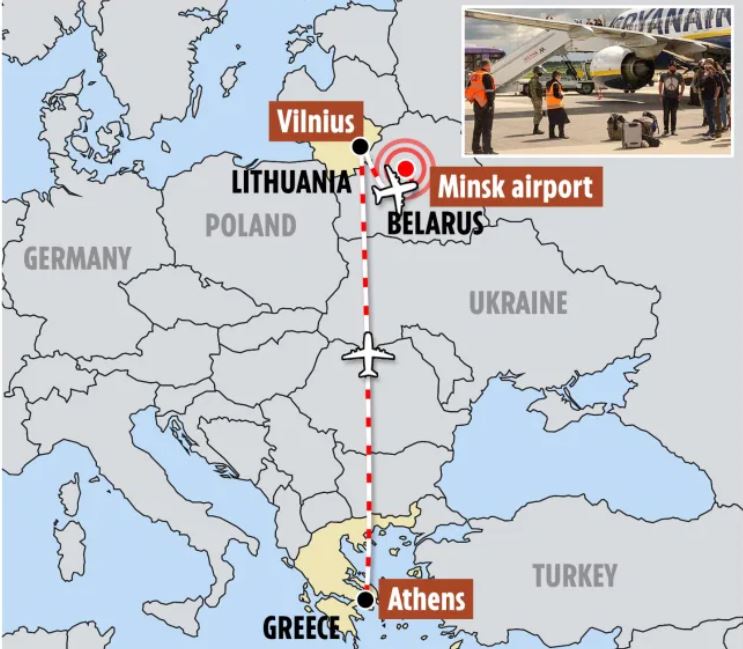 Giving evidence to the Transport Select Committee on Tuesday (15 June), O’Leary said the flight crew were told by Minsk air traffic control (ATC) that they had received “a credible threat that if the aircraft entered Lithuanian air space, or attempted to land at Vilnius airport, that a bomb on board would be detonated.”

Ryanair flight FR4978 from Greece to Lithuania on 23 May changed course to head for the Belarus capital Minsk escorted by a MiG fighter jet.  Journalist Roman Protasevich and his girlfriend were arrested, and three other passengers did not reboard the flight when it was finally released.

O’Leary explained to the committee the that the captain “repeatedly” asked Minsk ATC to provide an open line of communication back to Ryanair’s operations control centre in Warsaw, but was told: “Ryanair weren’t answering the phone.” which was “completely untrue.”

O’Leary said diverted Ryanair flights in that location would normally land in Poland and the other Baltic states, but the captain was put under “considerable pressure” to land in Minsk.

“He wasn’t instructed to do so, but he wasn’t left with any great alternatives,” he told the committee.

“An aircraft was brought down under false pretences using Minsk ATC, and it seems clear that certainly two passengers were removed against their will and forcibly detained.”