In one of the most controversial utterances ever by a man known for his outspoken views new IATA Director General Willie Walsh has blasted out at a joint statement by UK Prime Minister Boris Johnson and US President Joe Biden. 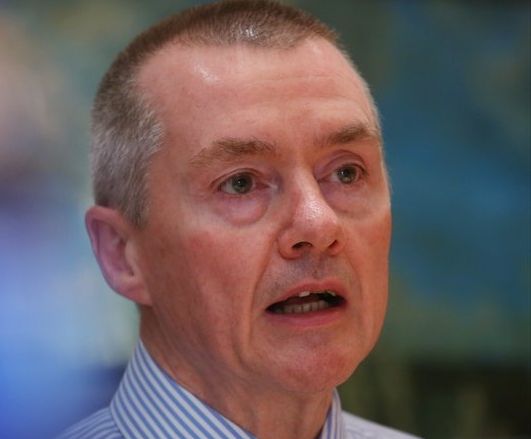 Previously the two leaders had issued a joint statement announcing “The 2021 Atlantic Charter” trading on the words of the two wartime leaders.

“It’s a transparently cowardly political move to 'kick the can down the road'. Roosevelt and Churchill, who took real risks to meet in person in an ocean infested with U-boats, would be appalled that their 1941 vision is being associated with such a cautious approach,”  said Walsh.

Not perhaps the style of words that might have been used by his distinguished predecessors Alexandre de Juniac (ex-Air France) and Tony Tyler (ex-Cathay Pacific).

A new task force will be overseen in Britain by Transport Secretary Grant Shapps and will be chaired by senior officials in the Department for Transport and their US counterparts.

Clive Wratten, Chief Executive of the Business Travel Association, summed up a general industry view.  The panel is "the latest in a long line of travel task forces which so far have only wreaked further devastation on our industry."

He continued: "Jobs won't be saved, nor livelihoods protected, until we are given a certainty on dates for the resumption of international travel."

Well said, Willie. It’s important that IATA calls out the politicians who are unnecessarily holding back the recovery of the industry - and the mobility needed by citizens and the economies on both sides of the Atlantic. And for James, I’m sure that there isn’t an airline CEO who doesn’t agree with Willie Walsh. Even if they can’t say so in public. The IATA DG has to speak for member airlines who for various reasons are constrained in what they can say.

@James Ideal. At least Walsh does speak out. While I don't agree with everything he says I can't think of another industry figure, apart possibly from Cornish at MAG, who is prepared to stand up and be counted.

Walsh is a man with no real power. Does he really speak for all the IATA members?