A former Air France executive and previously CEO of failed Flybe (and also CityJet) Christine Ourmières-Widener, has been chosen by the Portuguese Government to “turn around” struggling TAP, the Lisbon newspapers report.  For a short period she was also on the Board of IATA. 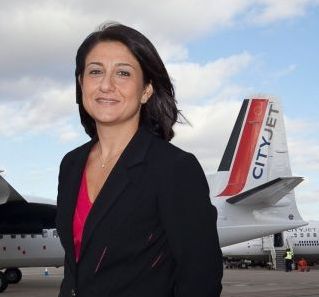 The appointment will be made official when the government releases the list of TAP’s corporate bodies, an obligation that must be fulfilled before the general meeting scheduled for 24 June.

TAP was semi-privatised and became majority-owned by the Atlantic Gateway Consortium, led by David Neeleman, who founded JetBlue and Azul Brazilian Airlines and co-founded WestJet, together with Portuguese entrepreneur Humberto Pedrosa. This group purchased 61% of the carrier from the government of Portugal in June 2015.

Later in the year a new left-wing government revoked this arrangement and assumed control of 50% of the shares, 45% by the Atlantic Gateway Consortium and 5% to employees.  With the deepening airline crisis in July 2020 the Portuguese state increased its stake to 72.5 % later in the year reducing staffing levels, currently at 7,500 by half, and unveiling a £4.1bn rescue package.