Our intrepid Editor-at-Large Jeff Mills reviews a UK city that needs a flight (or sea travel) for people in England, Scotland and Wales.  Belfast, capital of Northern Ireland. Not a ‘staycation’. A proper holiday visit. And an opportunity to go up in the air. 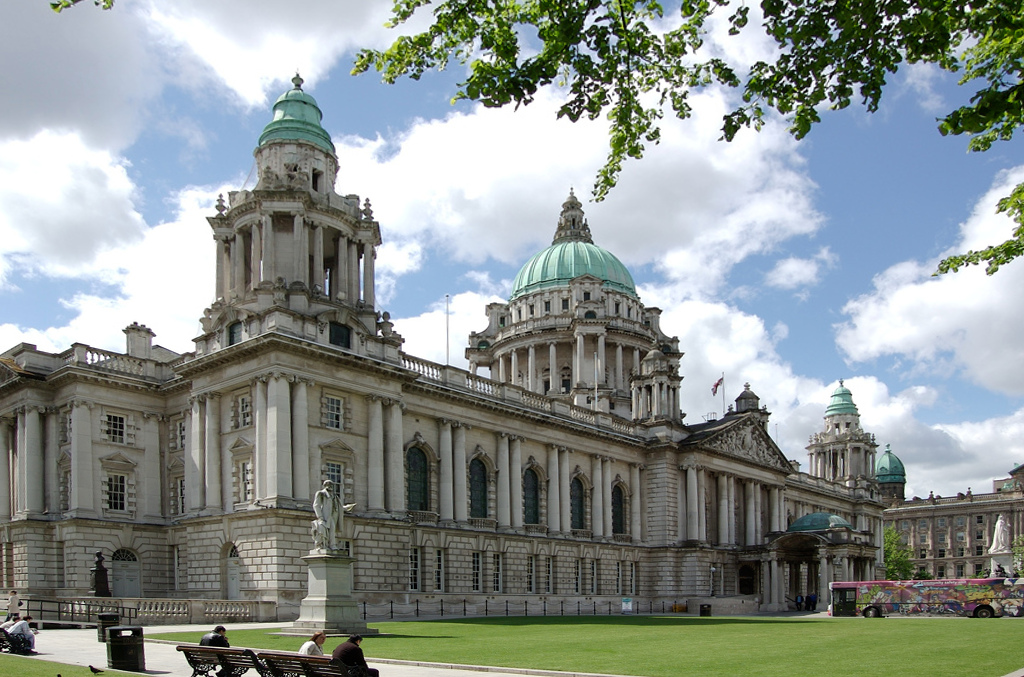 The first thing you may notice when you arrive in the city for the initial time is how familiar Belfast looks. Remarkably similar to Glasgow, perhaps, and with a passing resemblance to Liverpool.

Hardly surprising, though, when you consider they were all once great industrial ports, which have in recent years undergone some brilliant redevelopment.

The docklands aside, where incidentally the ill-fated Titanic was built at the Harland and Wolff shipyard, Belfast city centre is still characterised by elegant Victorian buildings around Donegall Square, now packed with chain stores and new shopping precincts.

It is from this square, with the Portland stone edifice of City Hall at its centre, topped by a dramatic copper dome, that most of Belfast’s major roads radiate.

Belfast has been transformed during the last couple of decades with extensive redevelopments, such as the Waterfront area. 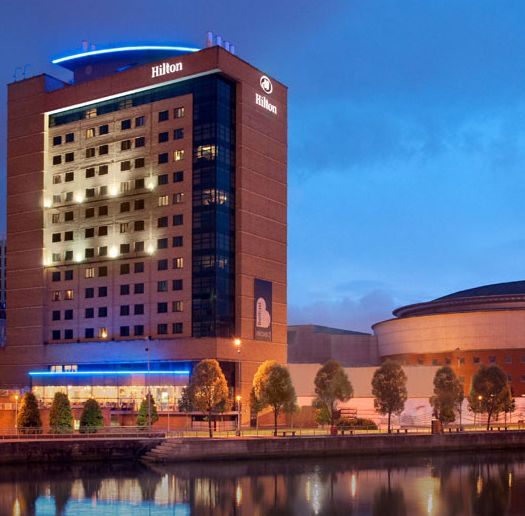 The new hotels, restaurants, bars, state-of-the-art shopping centres, entertainment complexes and the like, new versions of which seem to open by the week, at least before the Covid pandemic put everything on hold, are symbols of the new confidence and life to be found in the city, encouraged by the ending, most of the time at least, of the “Troubles”, which saw the city batten down the hatches for so many years.

South Belfast is the place to head for some of the city’s lesser-known attractions. Main sightseeing here includes Queen’s University as well as the Botanic Gardens and the Ulster Museum, which covers everything from archaeology to technology.

Among the major treasures is jewelry recovered from the “Girona”, a ship of the Spanish Armada, which sank in 1588 off the Giant’s Causeway, one of the great wonders of the natural world, made up of an estimated 37,000 black basalt columns and the subject of numerous legends, the favourite of which is that it was laid by a giant to provide a path across the sea to the island of Staffa in Scotland where his ladylove lived. Similar stones can indeed be found there, too.

You can reach the area in summer by train from Belfast to Portrush station (the end of the line), from where you can catch either an open-top or normal bus.

If you need to be right in the city centre and fancy staying in a piece of history, yet with all the latest business mod cons, choose the 272-bedroom Europa hotel by the Grand Opera House, a favourite with the press during the “troubles” and once said to be the most frequently bombed hotel in the world. It has now been completely up to date and is the flagship property of the Hastings Hotel Group.

The Europa provides some good eating options, too, including the contemporary Causerie restaurant and the informal Lobby Bar on the ground floor, where you can grab some good pub-style food all day.

The hotel’s Piano Bar and Lounge is the place to head for afternoon tea or drinks with friends as you sit and admire the views over busy Victoria Street below.

Other attractions within easy reach of the Europa include the Titanic Experience, a fascinating structure in itself, Belfast Zoo, Belfast Castle and the Waterfront Hall.

But Belfast offers a full range of accommodation from cheap-and-cheerful B&Bs up to some other impressive five-star hotels, such as the Hilton Belfast, next to the Waterfront Hall convention centre in the city’s regenerated dockland area, where you get wonderful views and waterside walks, while still being very close to the city centre.

If you fancy a change from hotel restaurants for either lunch or dinner the many traditional pubs around the Golden Mile in the city centre are a good bet. Otherwise if you need somewhere more formal for some business entertaining you could do worse than stick with some of the 5-star restaurants, many of which are, indeed, in the hotels.

Whether you plan to eat in a hotel or outside, it’s best to remember that eating out is one of the locals’ favourite pastimes, so book a table for dinner as soon as you can, particularly on Friday and Saturday nights. Liveliest restaurant scene is in the city centre, where many chic restaurants have sprung up in recent years.

But look out too for such gems as the Crown Liquor Saloon, an 1820s pub almost opposite the Europa hotel, with its carved mahogany booths, etched glass and gas lamps, now a National Trust property but still serving drinks.

Donegall Square in the centre of the city is a good starting point for the best shopping, much of which can be found in and around the main streets which radiate from this area. Many familiar UK high street names can be found so don’t expect too many surprises. That said, glassware and some knitted goods can be bargains.

Further out, North Belfast has some interesting things to see, such as Cave Hill with its castle and the zoo. The area along the banks of the River Lagan, which has undergone some dramatic redevelopment recently, provides some interesting walks.  Also worth adding to your list of possible visits the Ulster Folk and Transport Museum, a bus ride away on the Bangor Road, but well worth the effort.  Take a look at a chassis that purports to be a DeLorean.  Lotus enthusiasts will quickly recognize the layout.

The Golden Mile is a good evening entertainment. This is where you will find dozens of bars, the liveliest of which tend to be in Great Victoria Street.

Belfast is now a great place to spend a weekend or a lot longer – and it’s getting better all the time.

Why a city the size of Belfast needs two airports can be questioned.  The George Best City Airport is modern and compact, and opened in 1983.  It is just three miles from the city centre and is the choice of Aer Lingus, British Airways, Eastern and Loganair amongst others.  Belfast International, once known as Aldergrove, is 12 miles outside the city with easyJet the main airline.  The ferry port connects to Isle of Man, England and Scotland.

Taxis are the best way to get around the city but remember to go to a taxi rank or phone for one, there are very few cruising around, particularly late at night.