An air corridor between the UK and the US could lead the way in re-opening travel between Europe and North America with flights restarting as soon as June or July, according to the head of Eurocontrol, the European air traffic management organisation. 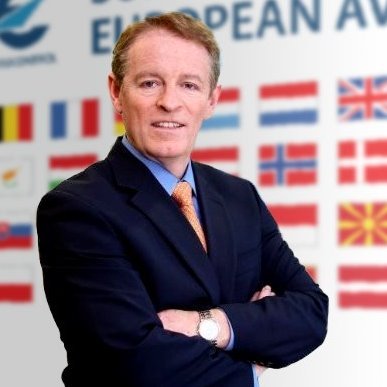 Eurocontrol Director General Eamonn Brennan suggests traffic from the UK to the US “will probably resume in June.”

He forecast the US would be added to the UK’s Green List of destinations next month, but said the move “might not be immediately reciprocated” by the US Government.

Speaking on a CAPA Centre for Aviation online summit, Brennan argued: “The US and UK have a similar vaccination level so a corridor will most certainly open between the US and UK.

“I see that being the first one in Europe toward the end of June or July. You might see the UK place the US on the Green List and it not being immediately reciprocated by the US. It might take a little time.”

Brennan suggested vaccination rates would “be the driving factor” of the restart across Europe and said: “North America is running about six months ahead of Europe [in vaccination rates], excluding the UK.”

He reported domestic traffic in the US is now only about 30% down on 2019 levels.

Daniel Roeska, Managing Director and senior analyst at Bernstein Research, said: “The US is a matter of weeks rather than months away. We’re expecting a strong recovery into the US.”

Brennan gave a more gloomy assessment of the wider prospects for a resumption of long-haul traffic to and from Europe.

“For China and the rest of Asia we’re looking at November, he said. “With Australia, there will be nothing until the end of the year if that.”