Along with the rest of the travel industry the UK waits for the Government’s final opening up of hospitality scheduled for Monday 17 May. 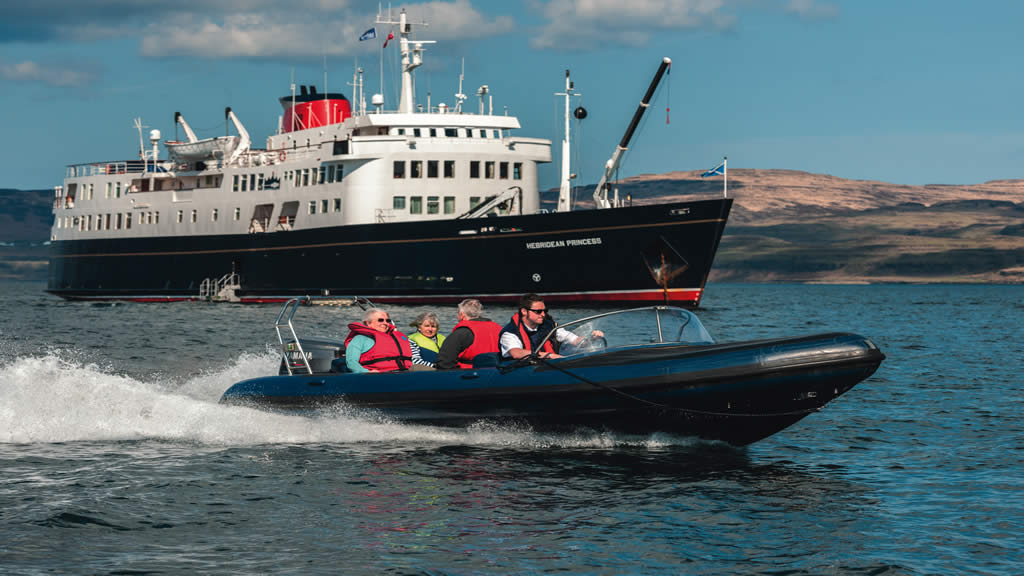 Hebridean Princess, once chartered by HM The Queen, will start the season 18 May if all goes well. The clientele will number just 25.

Under the roadmap scheme, cruises from British ports will initially be able to operate with up to 1,000 people or 50% capacity, whichever is lower. This capacity limit applies to passengers only.  It also goes on to say that Covid secure guidance will continue to apply. Groups of more than six people or two households will not be allowed to mix indoors – whether or not they originally booked in the same group. How the ships monitor this remains to be seen.  Every cruise line wants to be guest friendly.

The Government hopes to remove all legal limits on social contact from 21 June.  But what will the rules for the individual lines be or will the cruise trade body, Cruise Lines International Association (CLIA), intervene for a common standard?  In the meantime lines are being cautious with only trips in British waters scheduled until September.

Fourteen lines will be offering holiday experiences this summer, holidaymakers leaving the country, but without going abroad.  Some of the ships have capacities of over 4,000 and therefore will be just one quarter full for the initial cruises.  Saga has already sold out its early sailings, 500 passengers for a 1,000 capacity luxury liner.

Cruise lines departing from and returning British ports may operate beyond UK waters, but are currently restricted to UK calls and carrying residents from the UK and the Common Travel Area (Jersey, Guernsey, Isle of Man and Ireland) only.

The brand new MSC Virtuosa is a next generation cruise ship, initially limited to just 1,000 passengers, all being looked after in true Italian style. 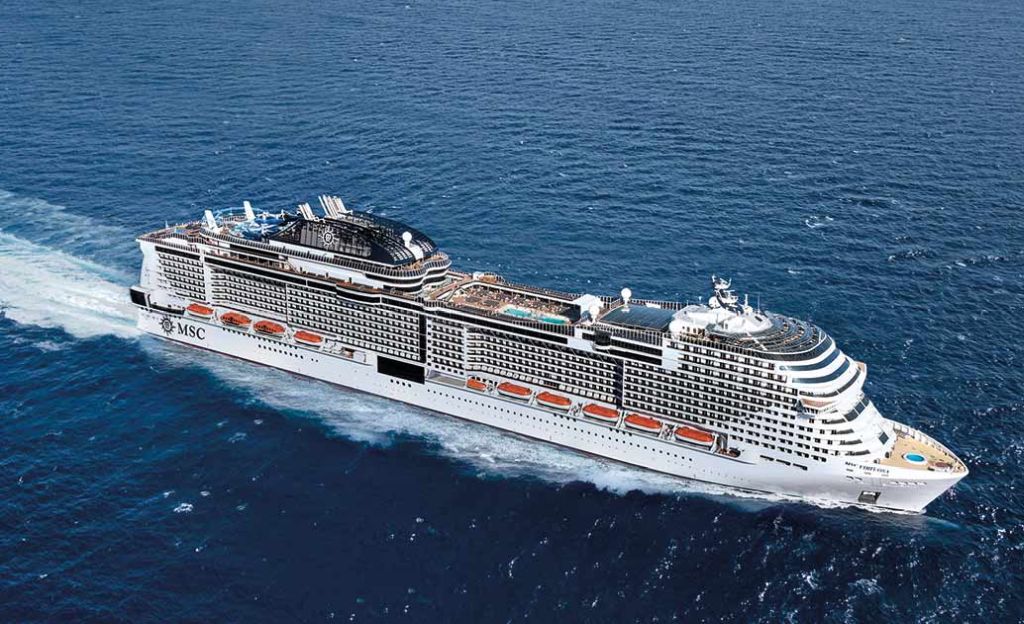 MSC has taken the unusual step of bringing in a ship from Italy – Virtuosa whose maiden voyage it will be.  She will begin sailings with a fanfare from Southampton on 20 May and a four-night cruise via Portland.  Since August MSC has been operating a series of cruises from Genoa and has carried over 50,000 passengers.  All crew members would have been vaccinated.

Styled as “a destination in itself” the ship offers everything a family could want to create the ultimate holiday, with an award-winning offering for kids of all ages. And parents can rest easy that their little ones are in good hands under the protection of MSC Cruises’ industry-leading health and safety protocol, with a set of specific measures in place for the kids clubs.  Spanning seven rooms across 700m2 of reserved space, children have everything they need to keep them entertained from sunrise to sunset and beyond, conveniently located in one secure dedicated area of the ship.

For those who require quietness and privacy the MSC Yacht Club, MSC Cruises’ premium “ship within a ship”, is a place where guests can indulge in the exclusive luxury of a private club. Stunning suites, including two MSC Yacht Club Royal Suites with a private balcony whirlpool bath, are spread over three upper decks, linked by glittering MSC Cruises signature Swarovski crystal staircases. At the exclusive, 120-seat Top Sail restaurant, guests can dine in style with a curated à la carte gourmet menu paired with a wide selection of wines as well to enjoy plus a private pool and spacious sun deck.

MSC Virtuosa will initially offer three- and four-night mini cruises from Southampton to the picturesque isle of Portland, Dorset, as well as seven-night cruises from 12 June with embarkation points in Southampton, Liverpool and Greenock, and calls at Portland and Belfast, giving UK travellers an unrivalled opportunity for a safe and stress-free holiday.
www.msccruises.co.uk

Disney Magic will be based in the UK for this summer/autumn. 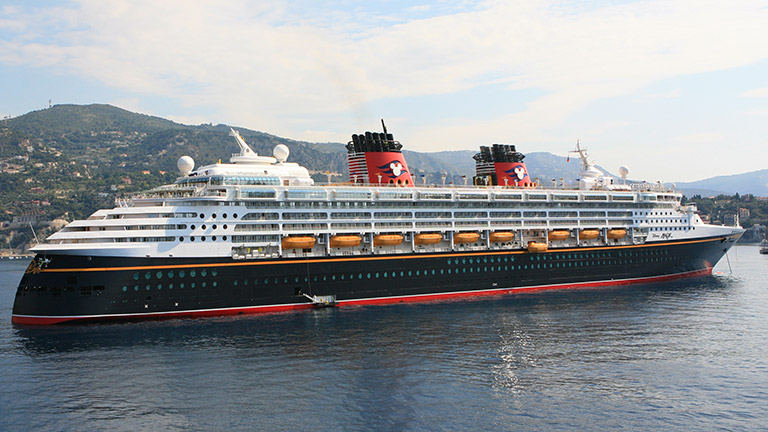 Of all the cruise lines Disney must be praised for its initiative in running a series of short cruises from four English ports (Liverpool, Southampton, Newcastle and Tilbury) from two to four nights, with the clear marketing target of introducing the unique Disney Cruises product to a wide audience in the hope (and expectation) of clients, passengers, families, or whatever joining one of the Disney fleet when times return to normal.

Disney points out that whilst there is emphasis on the under 12 element, Disney Magic is very much designed for the teens as well, and for adults there is an escape from fantasy-land in a private area including an exclusive swimming pool.  With Disney you rotate the dining rooms, and your waiter.

The entertainment includes the famous Disney musicals in an art deco theatre themed on the great ocean liners.

Disney Magic has been described as a seagoing “Never Never Land”, with all the characters.
https://disneycruise.disney.go.com/featured/advance-booking-uk-staycations

Princess Cruises has announced it has also added Portland as a port-of-call to four itineraries for its all-inclusive Summer Seacations. 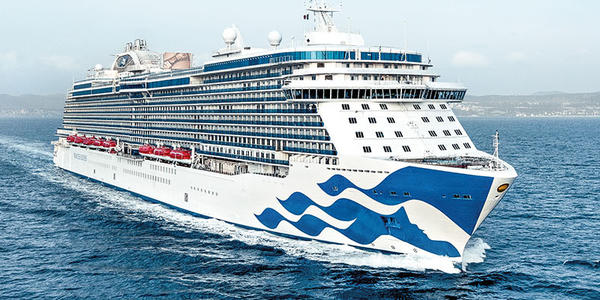 For those who prefer to stay on board a variety of entertainment will be on offer including award-winning production shows in the Princess Theatre, Movies Under the Stars, celebrity guest speakers and live musical performances, typified by the resident jazz trio Take Five.  All the relaxation and leisure facilities are expected to be open.

Guests on Regal Princess and Sky Princess will be able to enjoy ‘Truly Touchless’ experiences and personalised services through the cruise line’s “Medallion Class Experience”, which supports new health protocols. Features include touchless embarkation and disembarkation, keyless stateroom entry and the ability to order food, drink and retail items to anywhere on the ship.

Tony Roberts, Princess Cruises UK & Europe vice president, said: “The response from consumers for our new Seacation has been fantastic, and in particular for our itineraries with UK ports-of-call. We’re delighted to be able to provide holidaymakers with even more choice with the addition of Portland to our Seacations series.”
www.princess.com

Business Travel News, with this popular monthly cruise update, has a schedule of cruise line starting dates for British waters domestic trips.  The next major BTN cruise update is planned for Monday 7 June as the cruise momentum builds up, but if an important story breaks, we will cover on a Monday. Cruise lines who have rescheduled do contact malcolm.ginsberg@btnews.co.uk.