Transport secretary Grant Shapps has confirmed that England will use the existing NHS app as a vaccine passport for travel overseas. 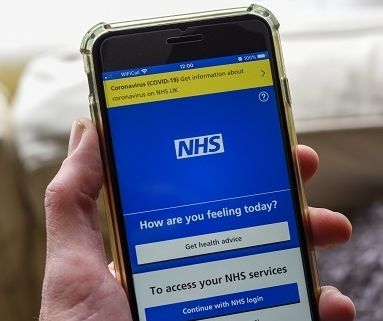 Speaking to Sky News the minister said that the NHS app which is used to book general appointments (not to be confused with the one currently being used to check-in to venues for contact tracing) will be able to store negative test results and vaccine certification.

With international travel set to resume on 17 May at the earliest, with the introduction of a traffic light system he said that countries on the ‘green list’ will be revealed “in the next couple of weeks.” Newspapers report that 'government sources' sre saying it is "days away".

Huw Merriman chair of Parliament’s Transport Committee, was not impressed saying on Friday:  “There are just 16 days until international travel is expected to resume on 17 May. Incredibly, passengers and industry are still in the dark about which countries they can visit and the requirements to do so. The UK’s vaccination programme has seen 99% of the mortality risk vaccinated, with 34 million people receiving their first dose, and over 13 million having received two.

“Having expected the rules to be published in April, the Transport Committee urged the Government to deliver to a 1 May deadline to populate the traffic-light framework with destination countries. This is the bare minimum of planning that the industry and consumers need to begin any sort of preparations for a restart of international travel on 17 May. Instead, uncertainty has been prolonged. This uncertainty could cost people their jobs.”

Has anyone else wondered what those people who do not have a smartphone will do to travel in the future?