ON TOUR: The Principality of Monaco 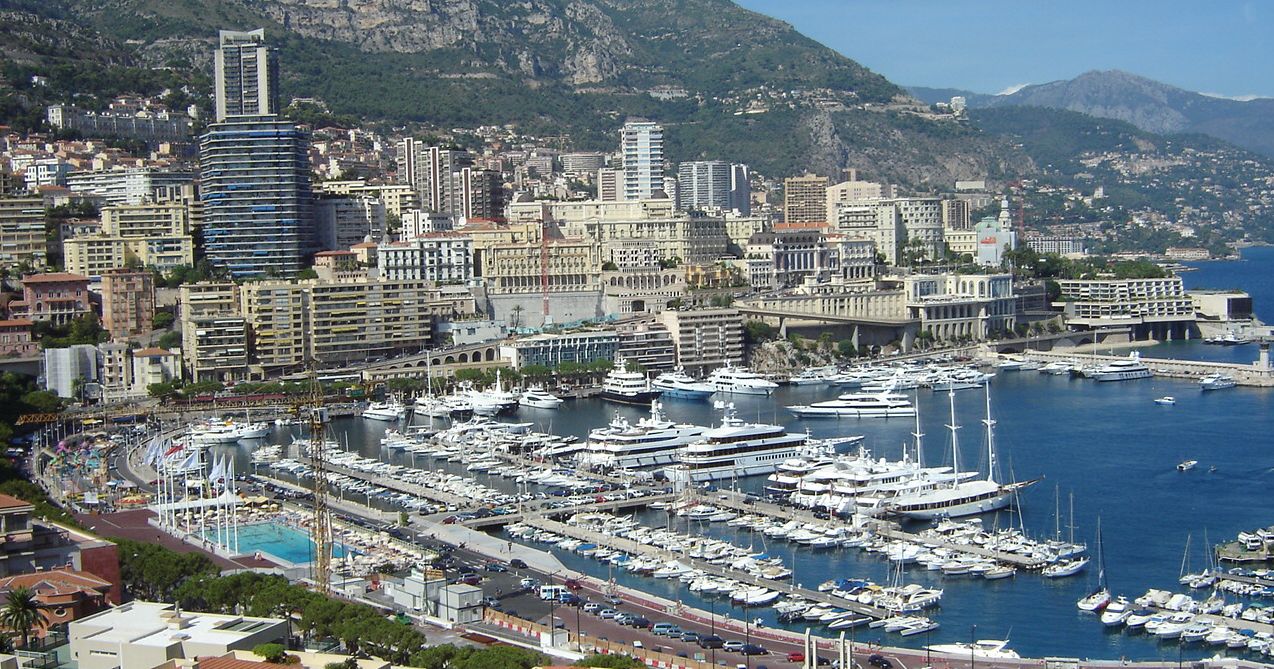 If travellers were able to choose which cities to visit for business with more than a touch of leisure added to the mix, then Monaco would be pretty much at the top of the list. And let’s not forget the principality is also one of the Mediterranean’s prime cruise ports.

Happily, though, there is plenty of business to be done in Monaco and with the superb conference and exhibition facilities you find there now, there are even more reasons to visit.

A helicopter is, of course, the stylish way to arrive in Monte Carlo. You take off from Nice airport and swoop out to sea leaving Cap Ferrat to your left and simply follow the trail left by the superyachts heading back to their marinas as you descend into Monaco’s heliport.

You could, of course, take a taxi, which will take you past the rather grim spot where Princess Grace, the wife of Prince Rainier, died in a car crash, but the price is pretty much the same, unless two or three of you are sharing the trip.

If, on the other hand, you are arriving on board a cruise ship, you will probably find you are docked at the Quai Rainier III, on the south side of Port Hercule, Monaco’s main harbour, which can accommodate a number of vessels, though on very busy days some ships may have to anchor offshore and ferry their passengers into port by tender.

Whatever method of travel you choose, as you arrive in the centre of town, outside the belle epoch splendour of the Hotel de Paris, which forms one side of Casino square, you can marvel at the perfection which is Monaco, the tiny nation state ruled over by Prince Albert, which clings elegantly to a hillside overlooking the Mediterranean.

Even the Ferraris, Maseratis and Bentleys here seem to form themselves into designer collections. There must be more than a dozen parked in this square alone, all waiting patiently for their well-heeled owners – or in some cases renters – to return from the casino, or perhaps the opera or one of the Paris-style cabaret shows.

This is one of the smartest parts of town, together with the part at the top of the biggest hill (Monaco-Ville), dominated by the royal palace and the cathedral. The cheaper (though in Monaco that is a relative term) district is down the hill around the main port area of La Condomine and Fontveille.

There’s a fabulous choice of top-class hotels, many of them managed by the Société des Bains de Mer (SBM). The Hôtel de Paris, perhaps one of the best known, is one of two 19th century gems just a few steps from the casino. Check in here and you are instantly famous, at least that’s the way it seems, as tourists thronging the square outside peer at you as you enter or leave to see if they recognise you.

Previous guests include King Charles III, Winston Churchill, Ravel, Debussy, Massenet, Berlioz and Puccini, some of them even have rooms named after them – Winston Churchill’s is the presidential suite on the top floor.

Others worth considering include the super gem-like Hotel Columbus in the Fontveille area, once part owned by F1 driver David Coulthard.  Or choose one of the more recent jewels along the coastline of Monaco, the superb Monte-Carlo Bay hotel and resort, which makes up for the shortage of natural beaches in this part of the world with a fabulous man-made lagoon, complete with a sandy bottom, not to mention Jacuzzis, cascades and sun terraces. 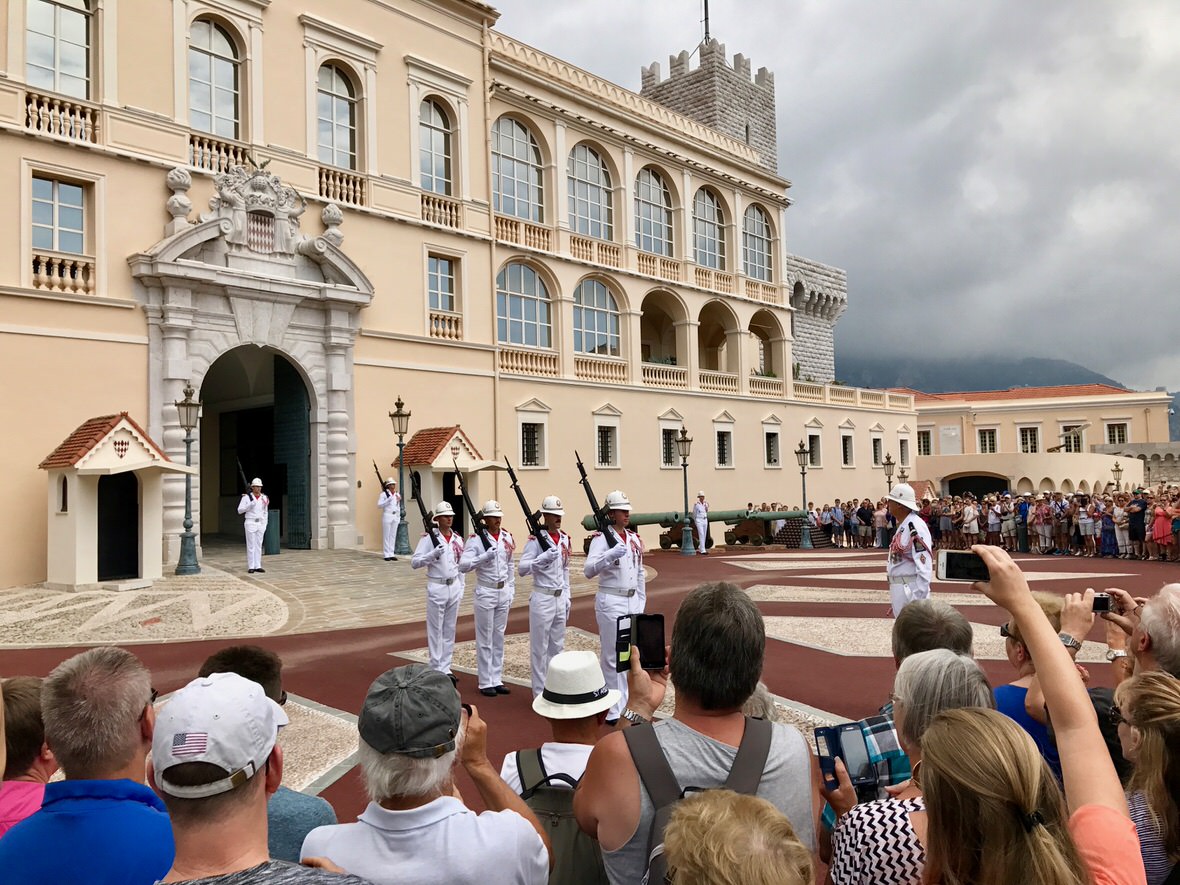 For a treat, bag an outside table at the hotel’s Blue Bay restaurant. And then there’s the exquisite Cinq Mondes spa, in case all that high life starts taking its toll.

But if you really want to push the boat out at lunch or dinner time head for Le Grill or Alain Ducasse’s Michelin-starred Louis XV restaurant, both at the Hôtel de Paris. But there are plenty of other options, too, such as the Michelin-starred La Coupole at the Mirabeau and the less formal poolside Café Mirabeau.

Business takes place all over Monaco, much of it the type you hear very little about, but there are plenty of places where the movers and shakers tend to hang out together.

For some serious sightseeing a visit to Prince Albert’s palace, perched high above the principality, to take in the views from the top is worthwhile. The massive 19th century Neo-Romanesque cathedral is up here, too, as is the world-renowned Musée Océanographique, founded in 1910 by Prince Albert I, and later reorganised by underwater explorer Jacques Cousteau.

You’ll find some of the best, and most expensive shopping anywhere in Monte Carlo. Most of the designer names are here. Not much in the way of bargains, perhaps, but great if you want to be ahead of the fashion pack.

Pretty well everything else you could possibly want can be found on the doorstep, too, whether it’s golf, tennis, watersports or, of course, gaming at the famous casino. Make time if you can for a treatment or two at Les Thermes Marins de Monte Carlo, one of the best spas in Europe.

In the early evening take a stroll across Casino square from the Hôtel de Paris to the Café de Paris and sit outside on the terrace with a drink and try to look cool. This is THE place to see and be seen. People watching doesn’t get much better.

Then when it’s time to prepare for the evening proper pop back over to the Hôtel de Paris’ Bar Américain, just in case there are any famous faces there, before hitting the nightspots and, of course, the casino (the gold card given to guests at all the SBM hotels will get you in free).

If you prefer cheap and cheerful, or if your final chips have found their way into the casino’s coffers, leaving little left in the kitty, head down towards the main port area of La Condomine, where you’ll find what many consider to be one of the most interesting and ‘real’ parts of the principality. There’s a good selection of pizza restaurants and bistros to keep the wolf from the door.

If you are feeling really broke, then head out of Monaco altogether and cross the border into the beautiful, little Italian town of Ventimiglia, where you will be able to find a cheap guesthouse and some wonderful family-style restaurants, where a bowl of pasta and a room for the night costs little more than a cocktail in some of Monaco’s glitzier bars.

There’s no airport in Monaco so you fly into Nice with a number of airlines including British Airways and easyjet. If you are in a hurry take a helicopter direct from Nice airport to Monaco, though this is a touch pricey. Alternatively take a taxi from Nice airport or a train from Nice station.