Ian Sheppard acts as honorary communications adviser to the GAAC. A graduate in Aeronautical Engineering, he has been an aviation journalist and editor for many publications, including Flight International, African Aerospace, Regional International, and Aviation International News (AIN). He has legal qualifications and maintains a strong interest in law and regulation. Ian has a CPL with Flight Instructor Rating and regularly trains pilots at Redhill Aerodrome, near Gatwick. 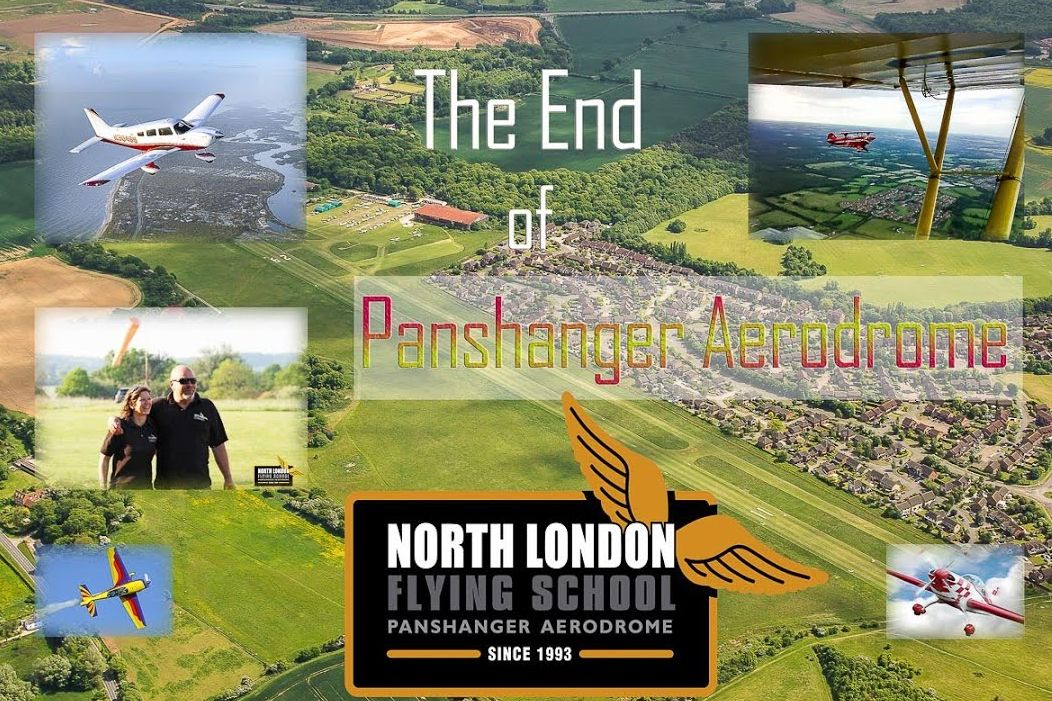 The UK General Aviation (GA) community led by the General Aviation Awareness Council (GAAC) has suggested amendments to the Government’s Planning White Paper that could lead to a Network of Airfields, based on them being essential, irreplaceable 'infrastructure.'

The UK Government’s Planning White Paper, issued in August 2020, set the cat among the pigeons on the controversial issue of new housing and where to put it. And because airfields have long been an easy target, ‘Planning for the Future’ prompted a comprehensive response from the GA community. 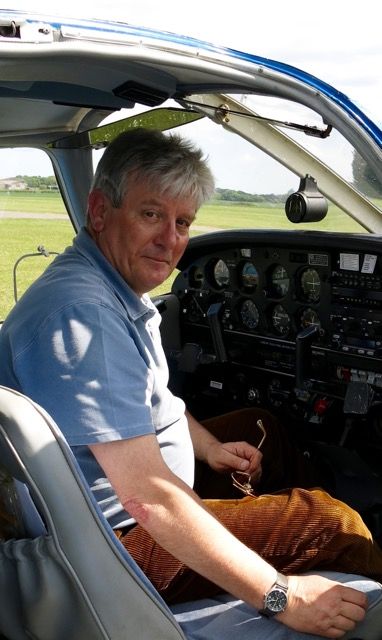 It has been 18 years since an oversight in the department run at the time by John Prescott, former Labour deputy prime minister, saw airfields effectively categorised as 'brownfield' sites — something the GA sector has been struggling with ever since. In particular, the misconception that 'brownfield' extends to the whole of the land around what is defined as ‘Previously Developed Land’ in the National Planning Policy Framework (NPPF).

Even Grant Shapps, who before becoming UK transport secretary was an extremely effective chair of the All-Party Parliamentary Group for General Aviation (APPG-GA), only made a limited headway in protecting airfields – helping to ensure that the 2018 update of the NPPF clearly referred to aerodromes such that their value should be considered in planning decisions.

John Gilder, vice-chairman of the GAAC and chairman of the APPG-GA’s Airfields Working Group, fronted the GAAC’s response to the White Paper. He was asked in early 2021 by the Ministry for Housing, Communities & Local Government (MHCLG) to further explain the GAAC’s position on the 2020 White Paper, in particular on its proposal that 'Infrastructure' be added as a fourth zoning category.

GAAC recommended that the Planning for the Future White Paper be amended to “simplify land use” such that Local Plans should identify four types of land – Growth areas suitable for substantial development; Renewal areas suitable for development; Infrastructure areas to support growth and renewal; and areas that are “Protected.” Gilder says all forms of infrastructure could be protected – “especially transport, digital, energy, and utilities.”

With airfields he is concerned that without an 'Infrastructure' category, they will be deemed to be in 'Protected' areas, rendering them unable to develop as airfields and therefore leaving them vulnerable to housing developers. 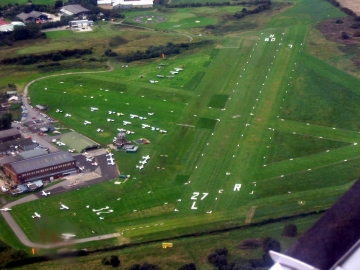 Gilder argues that: “A combination of the demand for housing and the perception that airfields are cheap land ripe for development due to a lack of planning protection has meant a large number of aerodrome sites have already been lost and many others are under threat.”

It is almost impossible to create a new airfield. “Therefore, the existing resources must be regarded as irreplaceable.” But as Gilder explains, “there has never been clear planning policy determining how Local Plans should deal with most of the smaller GA aerodromes.”

A lack of knowledge among Local Authority planners exacerbates the situation so, along with the new “infrastructure” category, Gilder would like to see supporting guidance for planning officers.

Current protection of GA aerodromes is clearly “inadequate,” says Gilder. “The CAA’s current guidance (for both licensed and unlicensed aerodromes) is to lodge a ‘Safeguarding Map’ with the Local Planning Authority (LPA) and agree an arrangement for the aerodrome to be consulted on any planning applications which infringe the Map. However, other development which does not infringe the ‘Obstacle Limitations Surfaces’ on a Safeguarding Map could have a major adverse impact on the safety and, therefore, viability of aerodrome operations. The recent extension of the ‘Agent of Change’ principle to aviation activities is helpful but needs to go further.”

GAAC would like to see strategically important aviation infrastructure sites supported by a planning policy which “gives general protection and a general principle that additional related development should normally be allowed.”

Gilder points to future opportunities for getting economic value from the UK’s aviation infrastructure – such as Unmanned Aerial Vehicles (UAVs), including commercial drone deliveries and air taxis, which are “on the verge of coming into use.” In addition, more environmentally sustainable ‘green’ aircraft powered by electricity, hydrogen and multi-fuels are either already licensed, or about to be, in the UK.

Yet GAAC warns that the UK could repeat mistakes similar to those that led to the closure of many railway branch lines in the 1960s. Identifying key aerodrome sites as ‘strategically important infrastructure’ that are part of a Network of Airfields could help to prevent such wholesale destruction.

In respect of GA aerodromes, the aviation industry is already working with the Department for Transport (DfT) to identify a network of strategically important sites, “and all of these should be included within this zoning category,” says Gilder. “It is hoped that selection will take account location, proximity to centres of population and economic hubs, the range of facilities it currently provides, the presence of or need for emergency support services, and the opportunities for growth and expansion – as well as the contribution to the UK training network and the local community in which the site is located.”

He argues that all airfields should have clear and consistent planning Permitted Development Rights and LPAs should be widely circulated that this is the case.

Were ‘infrastructure’ to be a new category, Gilder suggests a provision for the zoning to be reviewed on a regular basis, “possibly five-yearly, to take account of changes in material factors such as technology, demography and demand.”

Importantly, “any proposal to permanently remove the asset should require the proposer to adequately demonstrate the justification or otherwise for this and an independent planning inspector then instructed to assess and adjudicate – based on viability, the degree of criticality within the overall network, and contribution to the local economy and local community.” 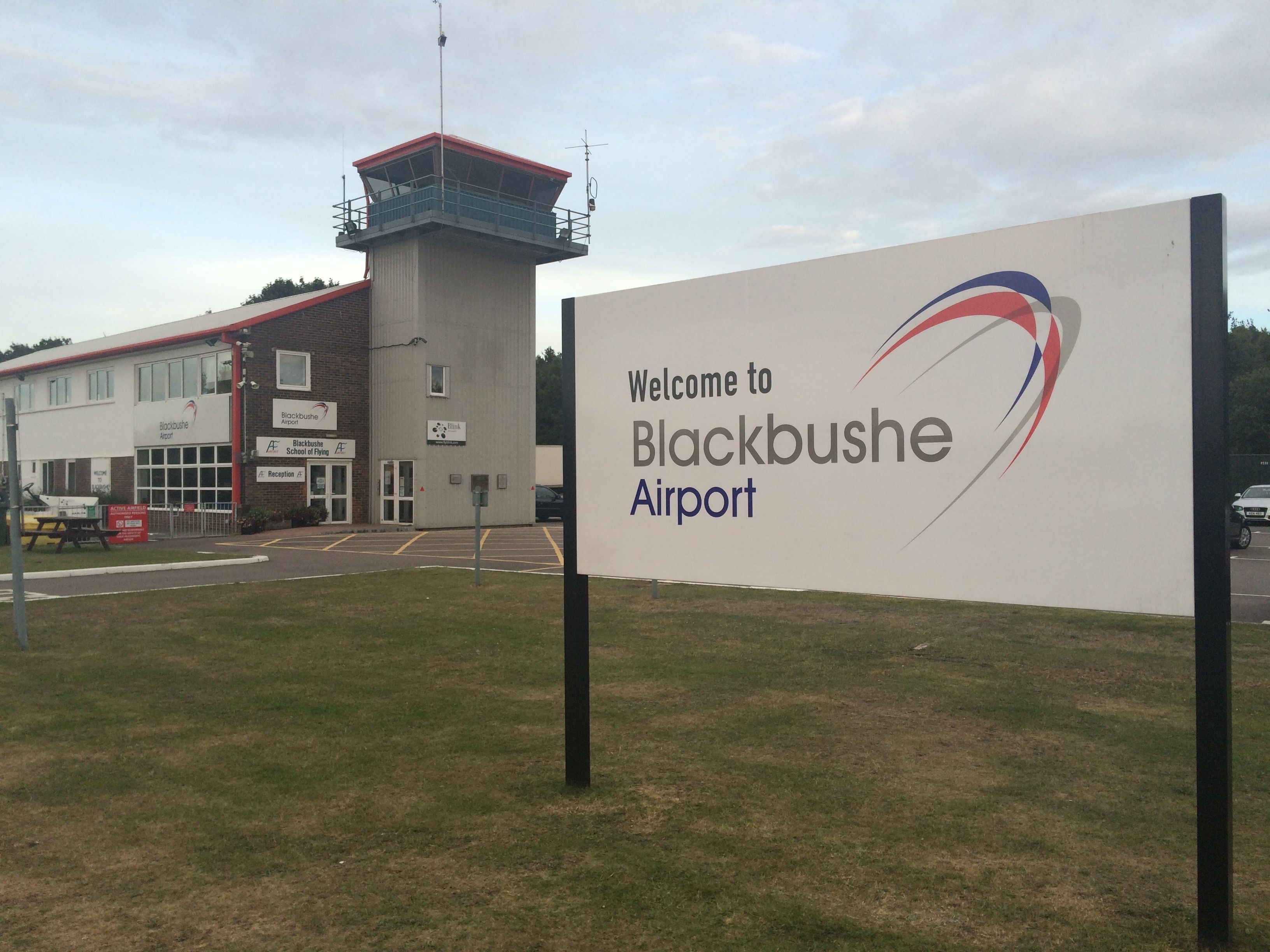 Gilder also says “there is currently little consistency in the way GA aerodromes are treated in planning policy. Inadequate understanding of the requirements and functions of GA aerodromes and their value to the community frequently leads to issues, and there are recurring anomalies around the application of planning policy and the necessity for operational safeguarding at airfields.”

In conclusion, Gilder’s paper states: “A major reform of the planning system, coincidental with its aims of consistency, speed and transparency, offers a valuable opportunity to recognise the strategic infrastructure importance of GA airfields, and provide long-term certainty and confidence to airfield owners, investors, aviation businesses and the local community."

Plymouth is the only major city in the country without a reasonably local proper airport. It needs the facility. One used to be able to get to London and back in a day, and visa versa. The City has declined badly over the last 15 years. The port does not attract cruise ships either. Something is seriously wrong!

At least Shapps cannot be accused of pulling strings as far as Panshanger is concerned. He was, I believe, Chairman of the Conservative Party when it closed, and at one time kept his own plane at the airfield. Sad loss but at least we still have Elstree locally.