AND FINALLY: Brooklands on TV

A brand new UKTV Original Series dedicated to Brooklands Museum in Weybridge, Surrey, is due to hit screens at 20:00 on Tuesday 30 March on Yesterday channel.

Narrated by Sanjeev Bhaskar, Secrets of the Transport Museum is a 10-part series set at the world-renowned museum, the world’s first purpose-built motor racing track.  It is the first time in the Museum's 30-year history that cameras have been allowed to film so much behind the scenes. The series follows the dedicated band of staff and volunteers who devote their time, skills and passion to maintaining the collection and preserving the site’s incredible legacies.

Dating from 1907, when the Lock King built the race track, the site quickly became a mecca for innovators and everyday people who wanted to race a car, fly a plane, or simply get caught up in the thrill of watching something so new and adventurous. Men and women flocked from across the globe to experience the revolution in motorsport and aviation, and Brooklands gave opportunities of mass employment to the local people of Weybridge and neighbouring towns.

Tamalie Newbery, Brooklands Museum director and CEO said: “At Brooklands Museum we tell the stories of pioneering men and women, who risked it all in pursuit of their dreams of speed and flight in the 20th century. Brooklands was a place which fuelled innovation and it had a huge influence on today’s motorsport and aviation industries. I’m delighted the TV series is going to give more people the chance to find out about this inspiring place, and how we care for it today.”

Viewers can expect to see a myriad of historic racing cars, vintage London buses, Edwardian planes and even Concorde.  In one episode, Billy Monger gives a driving lesson to a fellow double amputee, and in another, the team recreate the Dam Buster bouncing bomb catapult, in honour of inventor Barnes Wallis’ daughter, who turns up for the occasion.

At a time when motor racing was almost exclusively a male sport, the series introduced the Belles of Brooklands, a group of pioneering women who raced on level terms with men in the 1920s.  The V12 Delage was once the car of choice of Kay Petre, and now has returned 100 years later, to be driven by a modern-day racing driver, Abbie Eaton. 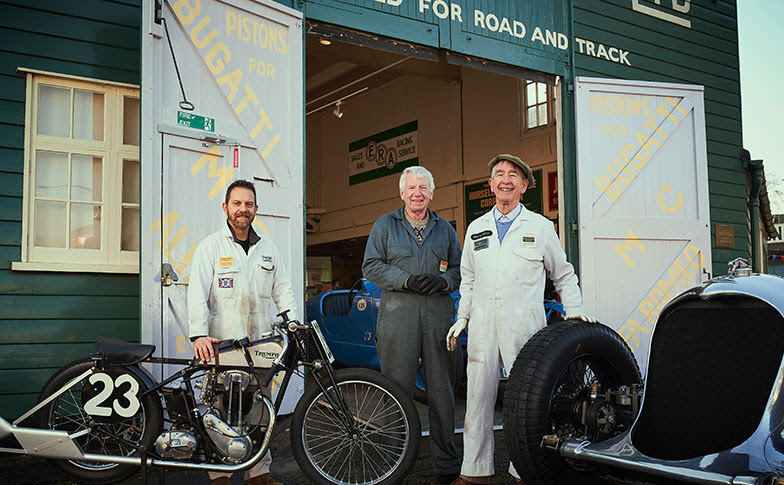 My Monocle has just fallen out... ..."Sounds Rip Roaring Super"...and with Classic Viewers don't you know....do you think your good readers here could tell me if 'Downton Abbey' has an airstrip for my Edwardian Plane Darling"... Love from the CEO of 'Ultimate Space Warp Engines Limited'.....