The Scottish carrier, which marks its 60th anniversary next year, has become the UK’s largest regional operator after taking over routes from Flybe and also BMI Regional which ceased flying in February 2019.  Currently Loganair has a fleet of 42 aircraft.
(See UK Business Travel outlook in this week’s BTN.)

Known in the past mainly for its flights in support of the Scottish Highlands and Islands Loganair is now going into Heathrow.  Jonathan Hinkles came on board as CEO in 2016 having previously served as commercial director with a spell  between at Virgin Atlantic.

In 2019 the airline picked up five services from its then-sister airline BMI Regional, including and followed that with agreements to take over 16 former Flybe city pairs after that carrier’s collapse just before the Covid crisis.

Speaking at the Aviation Club webinar Hinkles was very open regarding the airline’s current situation.  “If you’d have said to me at this time last year that Loganair would be operating daily scheduled services to London Heathrow, flying regularly to places like Gdansk and Riga, operating two of our Saab 340s as Covid-19 air ambulances and that we’d be flying more than most of Europe’s major airlines, I’d have laughed. Today, it is no joking matter – it is the reality of where we are. Our work in recent years to diversify Loganair’s business, not only geographically but also in terms of cargo versus passenger or charter versus scheduled has also proven crucial.”

Hinkles says Loganair’s strategy will “remain based on aircraft up to 72 seats.” Together with a fleet of Britten-Norman Islanders, and Viking Twin Otters, the ATR 42/72 and the small Embraer regional jets.  Anything larger is probably not for him. 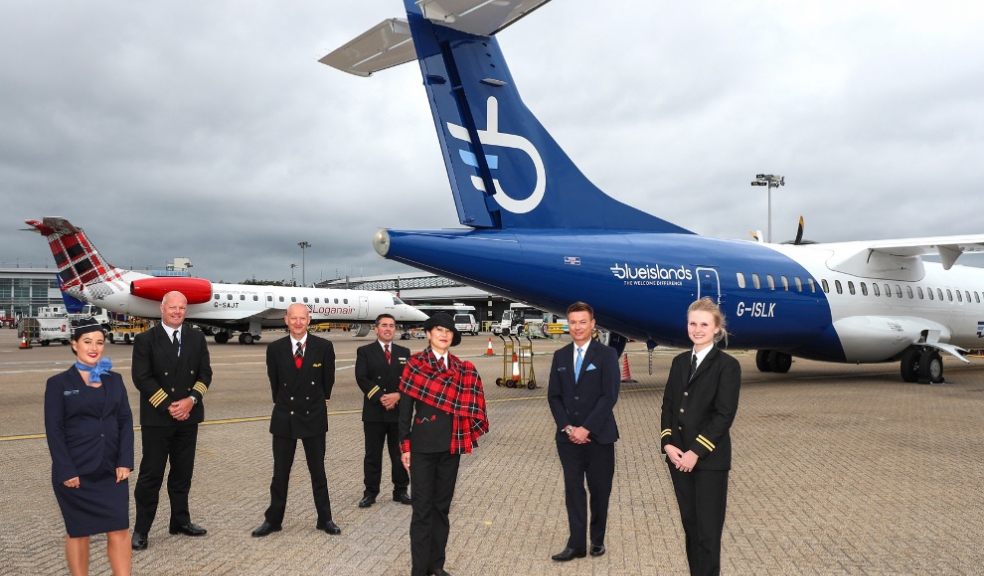 Hinkles highlighted the partnership with British Airways, and the much smaller Blue Islands at Southampton.

It was a pleasure listening to Jonathan Hinkles. he knows where, when and how Loganair wishes to aim for, all in a clear and concise way. Other CEOs could learn from him.