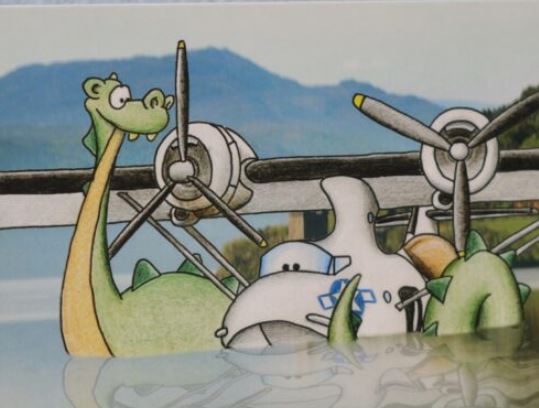 Business Travel News is pleased to report that the Consolidated Catalina “Miss Pick-Up”  featured in last week’s issue, after an engine change, is now back home at Duxford Airport under the safe keeping of The Catalina Society and Plane Sailing Air Displays Ltd.

The original “Miss Pick-Up” (33915) was built in 1944 by Canadian Vickers Ltd at its Cartierville, Montreal factory for the US Army Air Force.  It entered service in the air-sea-rescue role at RAF Halesworth in Suffolk in March 1945 and at the very end of the month took part in an attempt to rescue the crew of a ditched P-51 Mustang.  Sad to say its efforts caused 33915 its own problems, alighted on the sea was destroyed by a pair of Messerschmitt Me 262 jets.  After three dinghy nights in the North Sea the crew was eventually saved by an RAF Air-Sea Rescue craft.

The present day “Miss Pick Up” came from the same factory as 33915 in 1943 and served during WWII on Canada's west coast with the Royal Canadian Air Force as 11005.  Post-war she had various transport and survey roles before being sold on the commercial market in May 1961.  She flew for many years as a firefighting waterbomber in Canada, Chile and France and was acquired by Catalina Aircraft Ltd (the shareholder's company) in August 2002.  She was ferried to the UK in March 2004 and is operated by Plane Sailing Air Displays Ltd from Duxford.

It was in a similar Catalina that Flt Lt John Alexander Cruickshank won the Victoria Cross in July 1944 for sinking a U Boat and saving the lives of his crew.  Last May he celebrated his 100th birthday at Aberdeen.  In June 1944 Canadian Lieutenant Hornell also was awarded a VC for sinking a U Boat, and saving his crew but he succumbed in hospital from injuries after putting the aircraft down in a heavy swell off the Faroes.

The 2021 Catalina programme is not available at this time.  Join the Society for up-to-date news. 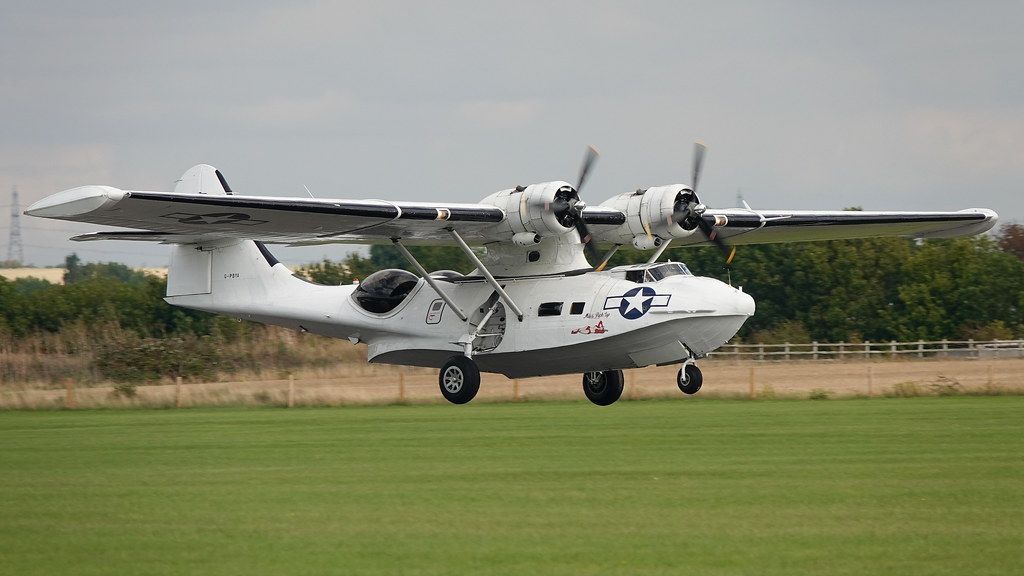 "....and get the 'Loch Lomond Seaplanes down here to the Albert Dock from up there in Scotland so all of you dear London & The South readers can check them out for your UK Government ordered...or else... Self-Catering Staycation (Or limited Summer Schedule)...and get a VIP type flight (4--6 Passengers) up from the Thames into yours (and mine) escapism...to the banks of that famous song title..."Bonny, Bonny Banks of Loch Lomond...Hey Bonny Banks..(Stop There Paul) "......Sorry, its the City Lock down mindset setting in again.....

Tim, Thank you for your note. A Twin Otter floatplane has flown into the Royal Victoria Dock for World Travel Market in November 2006 (and I took trip on it). I passed your note on to LCY and the Catalina Society. Maybe the airport could persuade the organisation to make a landing when it has its next Sunday morning open day for locals? The Royal Albert needs checking out?

Malcolm - what a great and genuine story. Long may it continue to fly. But I'm disturbed. This BTN has not ONE mention of London City Airport for the first time in many years. Are you contriving it as new Catalina base?