“We must work hand in hand with government regardless,” says airlines’ chief.

Tim Alderslade, Chief Executive of Airlines UK, the trade body for UK-registered air carriers, is the collective spokesman for the British airlines.  For him it has been a delicate 12 months facing a government that does not seem to realise how important aviation is to the UK economy, prompted by an impatient industry that fears for the future. 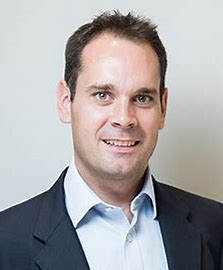 “One step forward, two steps back. That is what working within UK aviation feels like at present, as we battle the headwinds of this once in a generation global pandemic.

The end of 2020 had actually presented us with some good news – with the launch of the Government’s Test to Release scheme, which reduced the length of quarantine from 14 days to just five. This heralded the hope that international aviation could be opened up at last – with a reduction in the self-isolation period making travel to the UK more attractive – and the possibility of seeing some strong bookings over the Christmas period.

All of this was put paid to with the new strain of the virus, with countries around the world banning arrivals from the UK, and now the imposition of a third national lockdown, which has effectively shut down our industry and seen airlines strip back capacity once more. With Q1 looking all but lost the importance of Spring / Summer becomes even more acute, with debt-laden carriers needing to attract bookings to bring in critical – and potentially business-saving – revenue.

The lockdown – and the announcement this week that the Government would be introducing pre-departure testing in addition to the need to quarantine – is clearly not good news for the sector, but we are where we are in what is a national health emergency, and we accept the need for Ministers to act to keep the country safe and borders open. It is true that much of the sector has been lobbying for pre-departure testing – but this was always predicated on the Government removing or reducing the quarantine period at the same time. Now we have both quarantine and pre-departure testing. That’s why this new policy needs to be a time-limited, emergency measure only, in place not a second longer than necessary, and with a sunset clause built in so that a formal review can take place once lockdown (hopefully) comes to an end towards the end of February. We cannot afford for this to be baked in over the whole of Summer.

The focus must be on returning travel to normal as quickly as possible and removing the need to quarantine or take a test as the UK population is vaccinated. Ideally, as the roll-out of the vaccine gathers pace and the most at-risk parts of the country are inoculated, we can start to see the economy, and travel, open up around April or May, which would enable the sector to have a summer season.

It cannot be overstated how important this is to airlines who have taken on billions of pounds of debt – money which will have to be paid back – in the absence of the once-promised sectoral support package from the Chancellor, in stark contrast to the approach taken by our international rivals. In fact, it’s hard to think what else carriers could have done to get through the past nine months with precious little revenue coming in. They have actioned everything asked of them by the Treasury back in March – cut costs, reduced headcount, sold and then leased back planes, renegotiated contracts, tapped up investors and banks for cash.

As we know, the Treasury as a general rule prefers cross-economy measures to sectoral support, and there is no denying the lifeline provided by the furlough scheme, which has saved tens of thousands of jobs in the sector, and the £1.2 billion they have loaned to four UK airlines to help with liquidity.

But what else do we ask of the Government as we enter 2021? Moving beyond Covid, from a UK carrier perspective our hope is that this is the year we work with Ministers to agree a bold aviation strategy for the future, one that can successfully build out from the pandemic. A vision for our sector that is Ministerial-led and sees the Government adopt a mindset that one of its most important duties is to promote UK aviation within Whitehall and internationally, as a conduit to the Global Britain ambitions of this administration.

To recognise what we have here in the UK – a best-in-class sector that needs long-term strategic direction – an acknowledgement that there are important levers at the disposal of Ministers to shape the market and ensure the UK stays ahead in what is a competitive global race.

They would do so from a position of strength, of course. We remain the most important aviation sector in Europe by a long way, home to airlines and airports who compete ferociously to deliver connectivity for consumers and enable businesses to get their goods – directly – to markets all over the world. But this strength must not be taken for granted.

For decades the UK has adopted a policy of being as liberal as possible on aviation policy. Ministers would come and go but the DFT would set about breaking down restrictions on access rights and airline ownership and opposing the protectionism that was and still is the hallmark of other countries.

This policy served us extremely well – until the pandemic hit. When the scale of the disaster became clear, other countries were intellectually much more attuned to the idea of supporting their national airlines. Billions of pounds in state support were handed out by, among others, the French, German, Dutch and US Governments, to carriers who are now in prime position to compete with our own for market share, including on routes in and out of the UK, to Europe and beyond. That may not have been the intention, but in providing less generous support the Government has run the risk of placing our home-based airlines at a strategic disadvantage.

A future aviation strategy, therefore, needs to address this and set out what the approach of Government will be as we move beyond Covid. It may well be that the liberal-at-all-costs approach will continue – that is a perfectly rational approach to take for the long-term – but how then are Ministers planning to support their home-based carriers in a way that doesn’t involve bailouts or subsidies. How are they going to make good on Global Britain? Are they going to invest in their aviation sector as one of the UK’s true world-class industries? Are they going to do what other governments have done and bet the house that aviation will be needed more in the future and not less – as we seek to pivot our trade policy away from Europe?

This much is unclear and there are many policy unknowns that need addressing. Heathrow expansion; airspace modernisation; domestic connectivity post-Brexit; achieving net zero emissions. These are big strategic questions. We know from speaking to Ministers that the goodwill is there (perhaps not the bandwidth) – and we pledge to work collaboratively with them.

The middle of a pandemic is clearly not helpful, but as we seek to build back better following Covid we will need aviation more than ever. Government and industry must work together to save aviation in the short-term, and then map out a longer-term strategy that will lay the foundations for its future prosperity in an era when Covid – we hope – is a distant memory.