International Airlines Group (IAG), which comprises of British Airways, Iberia, Vueling, Aer Lingus and Level, has a new chairman, businessman Javier Ferran. He takes over from the retiring Antonio Vazquez, also a Spaniard, in place since the Group’s creation in 2011. 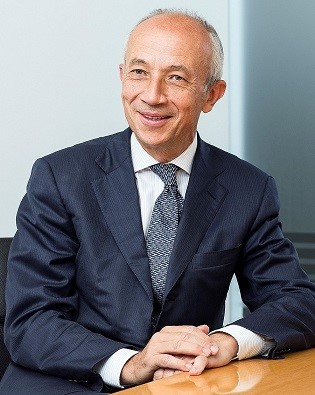 Javier was born in Barcelona where he attended school and university, furthering his education at the HEC business school in Paris.

Subsequently, Javier joined Lloyds Bank International, working in Spain and then in the United States, where he was exposed to both Latin America and project finance, aircraft finance, leveraged buyout loans and structure finance.

In 1985, he joined Martini and Rossi as general manager for Portugal, where he had his first contact with the Scotch whisky industry as importer and distributor of William Lawson’s. In 1987, he moved to the UK as general manager with the additional responsibility of overseeing the Scotch whisky interest of the group. Following the acquisition of Martini by Bacardi at the end of 1993, Javier became president of Europe, Africa and the Middle East till 2002 and was based in Amsterdam. He became president and chief executive officer of the Group based in Bermuda 2003-2004.

In 2005, Javier joined as a partner of Lion Capital and only retired earlier this year. He is currently on the board of Coca-Cola European Partners and chairman of Diageo Plc.

The Walsh legacy. Spaniard’s running British Airways. No fools the men from Barcelona. They know Iberia could not survive without BA but don’t we have suitable candidates for the position. The airline needs to make sure the person at the very top has the ears of Downing Street. Whatever Javier Ferran’s pedigree reaching out to Whitehall cannot be one of his attributes.