AND FINALLY: Last flight for BOAC

Painted in traditional BOAC (British Overseas Airways Corporation) colours G-BYGC made its short final sortie, departing from Cardiff Airport to its new home at eCube Solutions in the Vale of Glamorgan in South Wales, where it will be preserved to inspire future generations.

Since entering the British Airways fleet on 20 January 1999, G-BYGC has operated 11,049 flights and flown for 91,023 hours over nearly 45m miles. Its last passenger service was from San Francisco to Heathrow on 4 April 2020. The retirement of the British Airways 747 fleet has been brought forward several years as a consequence of the Covid-19 pandemic. 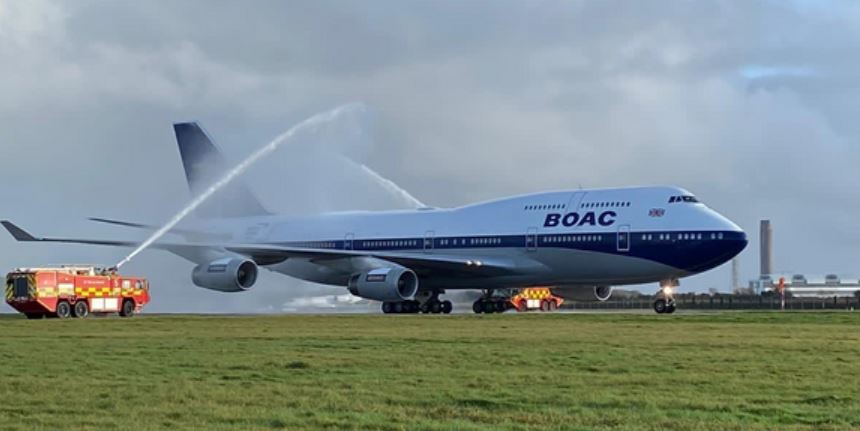 My parents flew BOAC from LHR to JFK in 1962 (having taken one of the Queens coming over). For a long time, one of their suitcases bore the "BOAC" label, a nice reminder of what must have been a pleasure for them.

Nice to know that British Airways is full of nostalgia. What I want to learn about is the routes and cabin service and why I should chose BA rather than someone else!