Zero to 100mph in six seconds. That was the speed obtained by two volunteers, wearing casual street clothes at a 500m desert test track north of Las Vegas on Sunday 8 November, sitting in a Virgin Hyperloop capsule. 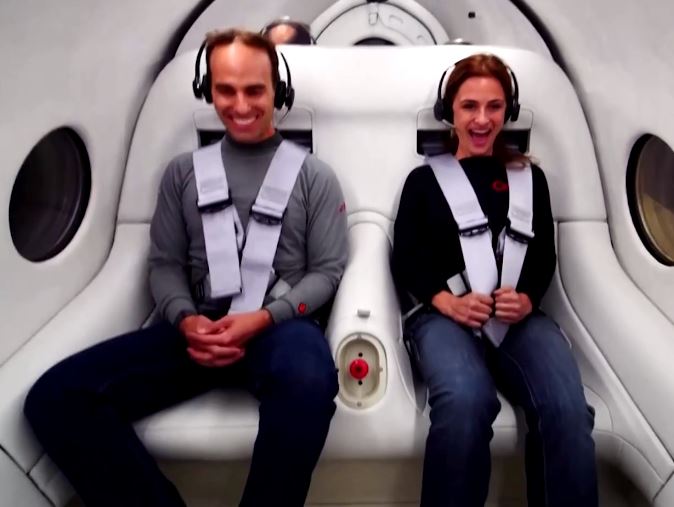 Hyperloop technology, which promises to transport people and goods at speeds of up to 600 miles an hour, has long seemed too good to be true.  Was this first test with human beings a “first step for man” or just a breakthrough?  Only time will tell.

“It felt not that much different than accelerating in a sports car,” said Josh Giegel, 35, the company co-founder and one of the volunteer passengers.

“This is a step of historical significance,” said Jay Walder, the company’s chief executive, pointing to 20 months of planning. “I don’t think you can overstate it. This is a moonshot moment. I have no doubt this will change the world.”

While the G-forces on the pod were three times that of an aeroplane, “it was much smoother than I expected,” said Sara Luchian, the company’s Director of Passenger Experience. “And unlike an airplane, there were no lateral forces that would have caused the pod to sway”, she said.

Claims have been made in the past that the Hyperloop could enable people to travel between Gatwick and Heathrow airports, 45 miles apart on opposite sides of London, in four minutes.

..."This is Great! This could be the London Underground that we like.... ...the next local 'Northern Line train terminates in Glasgow"....