In a single week during September I used a seven-seat Skoda Kodiaq for two distinct purposes.  Firstly, for the very smart Salon Privé at Blenheim Palace, and secondly taking grandson back to University on the Isle of Wight, which included a water crossing writes Editor-in-Chief Malcolm Ginsberg. 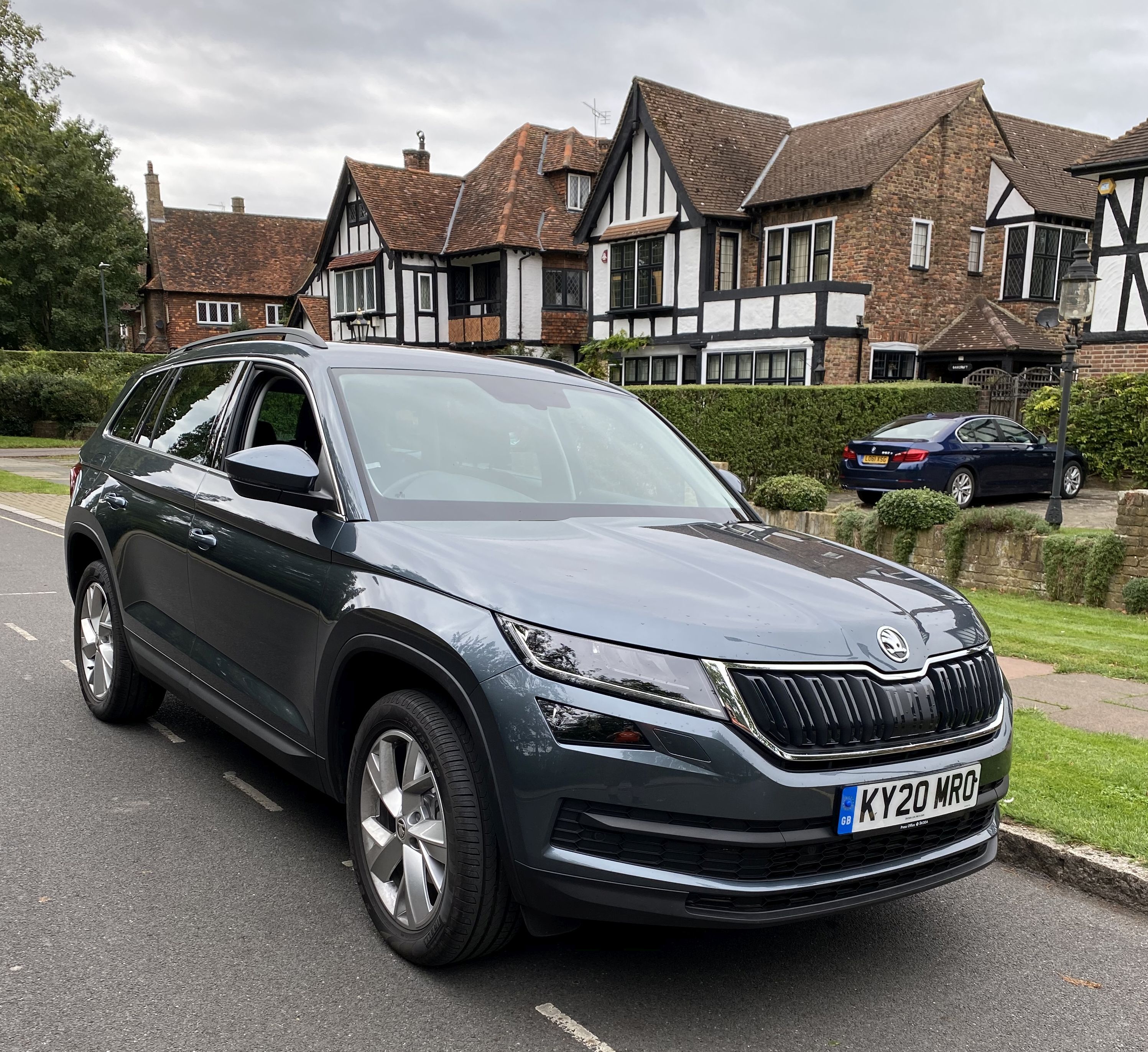 It did both tasks admirably, not out of place with some very smart machinery at the concours gathering, and the capacious ‘cargo’ capacity able to fit a student’s music technician’s gear in without too much of a problem.  The roof rails provided an overflow.  The 300 mile return trip in a day proved to be not at all tiring, the return leg, without said student and a light car, more relaxing.

At some point it also transported seven, even the pair in the back comfortable on quite a long journey with only praise for the seats. It is a front wheel drive SUV and for reasons best known to Skoda supplied as a press car without a reversing camera, the alternative warning screen and bleeper system offered.  Not my favourite.

Why the confusing name Kodiaq. BTN has mentioned this before. Skoda produces the Kamiq (BTN road test 9 March) and sitting between the two in terms of size, the Karoq (BTN road test 8 April 2019). Kodiak it seems is a very large brown bear that lives in Alaska. The moniker fits well, as a big and somewhat cuddly product.

When introduced in 2017 the Kodiaq was the first vehicle in the Skoda line-up to have area view (the warning system noted above), tow assist, manoeuvre assist and predictive pedestrian protection. It was also the first vehicle in the Volkswagen Group MQB platform to feature capacitive shortcut buttons instead of physical buttons for the infotainment systems with a duplicated analogue navigation viewer placed between the speedometer and rev counter, a great safety feature.  No need to glance at the central consul. 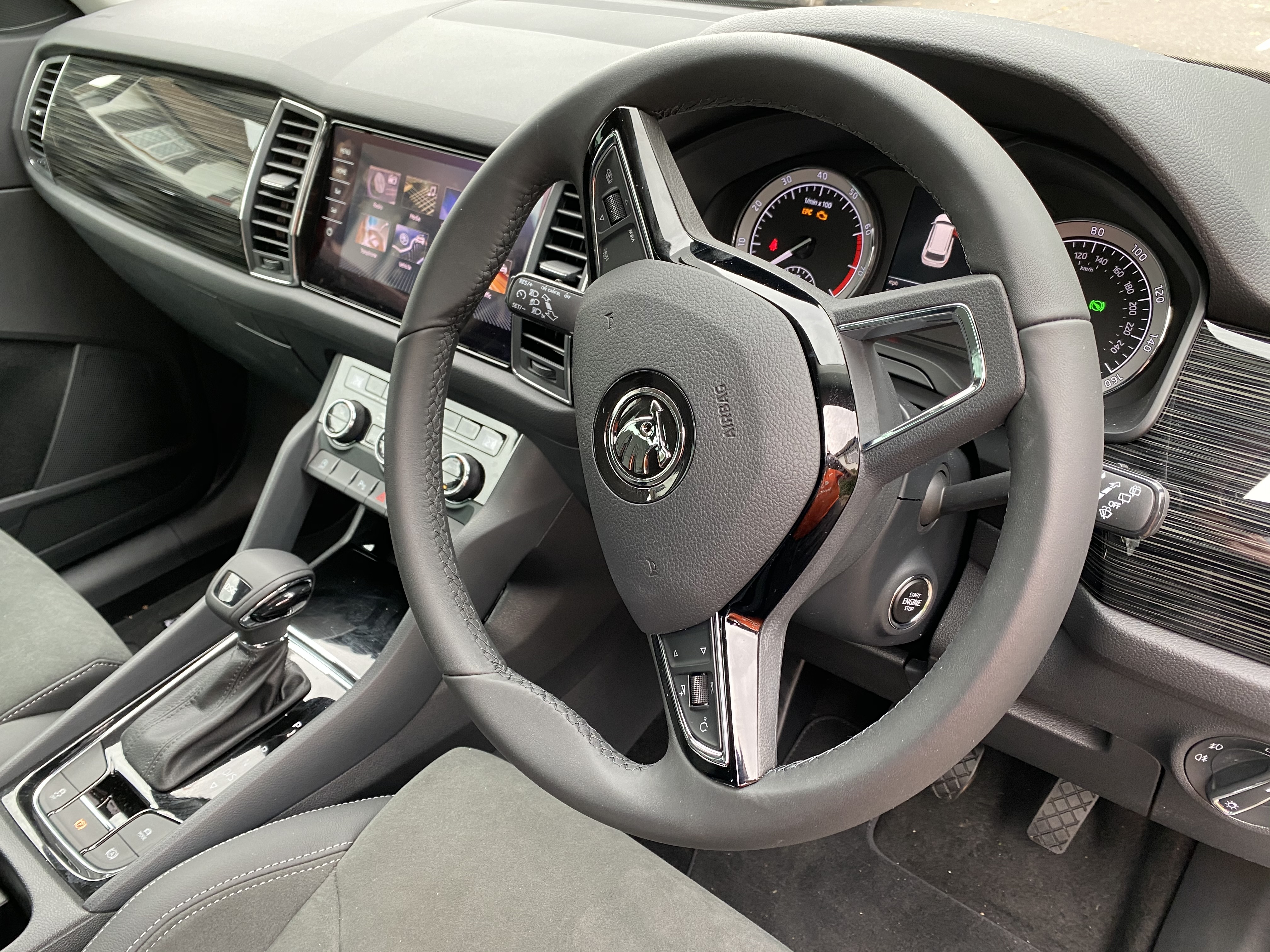 The test car was fitted with a beautifully smooth seven-speed automatic gearbox, normally used in a drive mode, but S available, which holds the change until a higher speed is reached.  Frankly it made little difference regarding acceleration, except making the normally quiet car much nosier.  The steering wheel paddles did the same thing except for changing down quicker.  It came with a 1.5 litre petrol engine and front wheel drive although there is a four-wheel drive version starting at £4,000 more.  Parked on the grass at Blenheim the standard configuration coped admirably.

Don’t expect a racer with the Kodiaq with 0-60mph in just under 10sec, but fully loaded it is still reasonably quick although it will have an effect on fuel consummation.  Around 35/40mpg, pretty good for a big car. As tested the list price is £35,555 including £595 for metallic paint. Loading up the roof with the use of the smart rails provided as an extra (£150) will also have a detrimental effect when it comes to fuel.  You will notice the difference, and with the car’s performance also 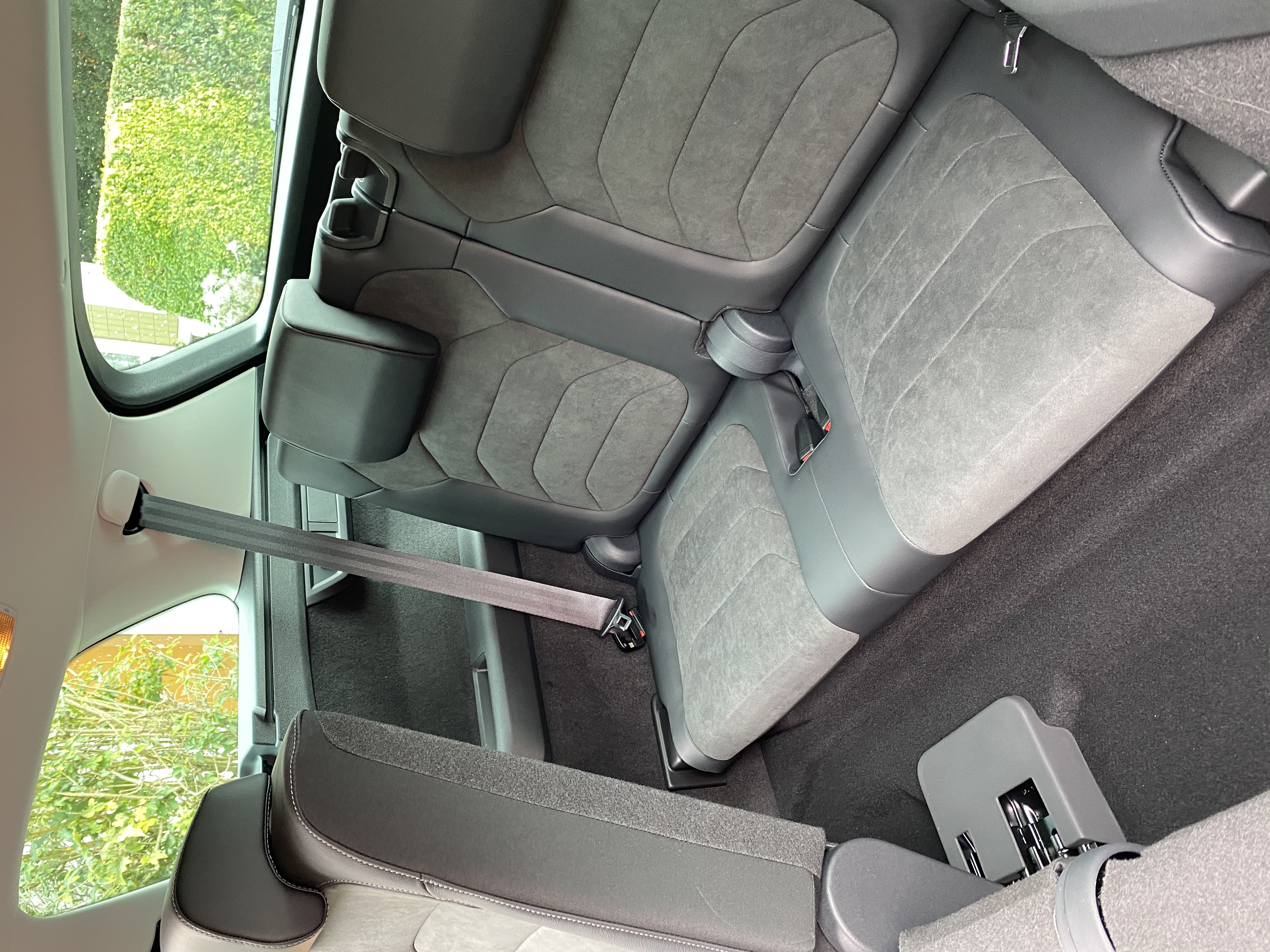 The Kamiq has a quality feel to it inside and out.  It is a smart looking car.  The dash is simple and attractive, with a central nine-inch touchscreen satellite navigation system which also controls the eight-speaker DAB radio and media system, with controls also mounted on the leather steering wheel.

And it is certainly a good looker with its high waste line and slightly elevated driving position. The interior space is well thought out with plenty of places to put things of course, Skoda’s trademark umbrella in the driver’s door. There’s also an ice scraper secreted in the vehicle.  Good for sun glasses too.  Individual air condition controls are provided. It comes with a removable LED torch in the rear compartment, which also has more space under the rear floor for storing small personal, and perhaps valuable items out of the way.

This SE version has automatic electric folding windows which are integrated with the remote start/stop key.  There is a power rear door, also able to select on the key fob, and another nice feature is the headlight washers.  The designers have gone to town to add all these small but useful items. 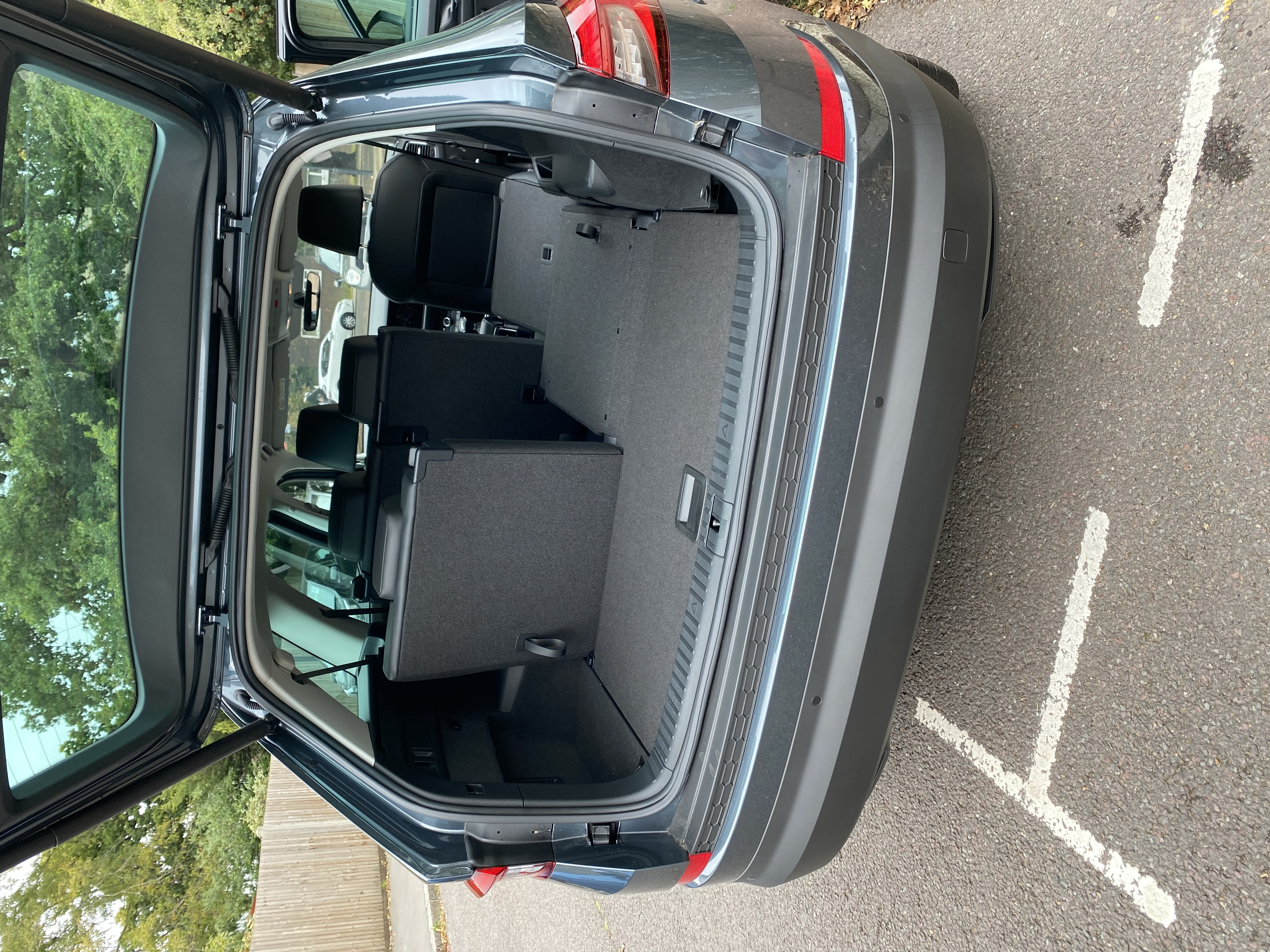 At this price range adaptive cruise control, lane keeping and parking assistance are now not considered as a luxury but the norm.  The Kodiaq lists over 50 items which are now accepted as normal but were once thought of as real luxury. Heated front seats are provided, USB, privacy glass and a tyre pressure monitoring system.  No spare wheel and the temporary steel space saver added £150 to the overall price.