ON THE SOAPBOX: An Aviation Call to Arms – Does Westminster Know Best?

Jason Holt (56) is the former Chief Executive of Swissport Western Europe, the UK & Ireland’s largest airport ground handling business. He has previously held senior leadership appointments at easyJet and Virgin Atlantic Airways Ltd. The views expressed are his own. 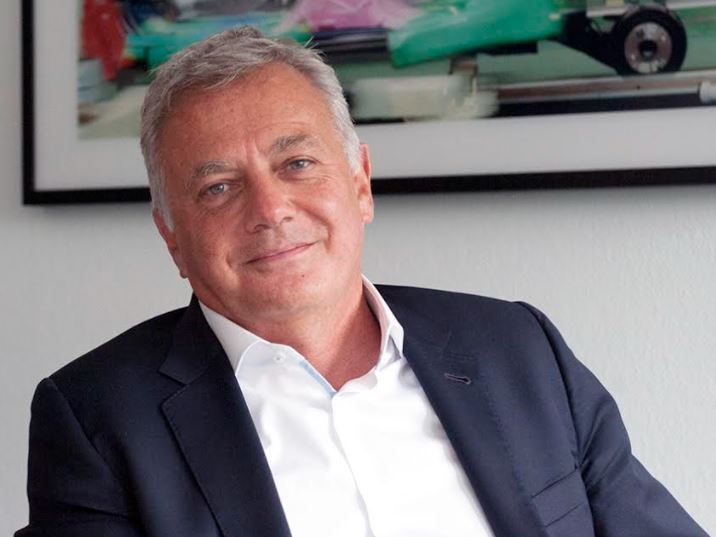 The United Kingdom has been at the forefront of aviation from the beginning of the early days of powered flight. From that moment on we as an island have pioneered design, technology, regulation, engineering and economics building some of the best airlines and airports that are admired worldwide incorporating trusted British hallmarks such as orderliness, value and service.

Such leadership has been stewarded by successive Governments and private sector buccaneering knights, such as Freddie Laker and Richard Branson, blazing a trail. This enduring framework is emblematic of what we triumph at. Never has there been such a broad spectrum of consumer choice of where we can fly to with an enviable range of convenience and comfort. In an industry which is ferociously competitive, highly regulated and very capital intensive, aviation relentlessly pushes the technological boundaries remaining the safest way to travel. This is testament to all national actors – government and industry.

And many have prospered too. All of us can visit family and friends in a way and at a price that generations before would not have imagined. Large strategic manufacturers and suppliers contributing to the design and build of engines, aeroplanes and airports ensured that Britain has been the beneficiary of such economic success. Our banking, insurance and legal sectors have drafted innovative ways to ensure clarity within contractual and financial frameworks with London as the epicentre of this specialised market. This national ingenuity has spread to IT technologies where aviation is at pace leading the world with digital transformations. Plus the taxpayer has seen unprecedented levels of benefit – both with high quality jobs but also in the high levels of Air Passenger Duty (APD) taxation. These tax receipts help with health, education, infrastructure and so forth.

And as we sit at the boarding-gate for departure from the European Union, none of this in modern times has been achieved by state aid – all of it has been on the backs of hard work, innovation, enterprise and competition. The very attributes of the UK aviation’s competitive and liberal market spearheaded the European open skies; Europe’s low-cost airline revolution took-off in earnest from these shores. And where there has been criticism the industry is proactively flying aeroplanes significantly cleaner, quieter and emitting less than at any time before.

All this is now endangered. As the pandemic persists the sector struggles. The instantaneous collapse of passenger numbers is unimaginable. For an industry with high fixed costs this is unsustainable and risks irrevocable damage. The fallout will include company failures, significant job losses and the marginalisation of UK aviation, particularly in light of continental and global competition. These competitors exploiting our weakened system are generously supported by foreign Governments. The damage of a diminished aviation sector will come at the very time when the Government needs to embark on its post-Brexit voyage to unlock new trade deals worldwide. I predicted as much to Parliament’s Transport Select Committee back in May and the situation has worsened since then. There is a strong political imperative for the Government to ensure British aviation remains a viable enabler that boosts our economic future; both with domestic skilled jobs as well as supporting our trading ambitions.

However, nothing is that simple. In March the Chancellor, Rishi Sunak, wrote to us all as Chief Executives making it plain that the Government will only assist aviation as a last resort. Each business was told to exhaust all refinancing avenues prior to receiving Government help. And whilst other sectors as a whole were offered support – road haulage, ferry operators, retail, train companies – aviation had to find its own independent commercial lifeline.

This it has done but not without pain. My business announced 4,500 lay-offs and others made similar drastic cuts and continue with more. Every job lost is an anxious family in shock. The Government was swift to introduce the Coronavirus Job Retention Scheme as a lifeboat to millions of workers. This now is drawing to a close. And with no sizeable revenues our banks, compared to their continental cousins, were slow to offer us government-backed loans. There was unspoken optimism that with lock-down at an end the summer trading season could be rescued. Quarantine restrictions scuppered this.

Nonetheless, we improvised. My business, Swissport, in concert with our partners The Collinson Group and Heathrow Airport, developed Testing-at-Airports using the tried-and-trusted NHS swab test. We lobbied hard with Whitehall to couple such testing alternatives with air corridors. This is now back on the table following the recent Secretary of State’s announcement and the commencement of the Heathrow, Swissport & Collinson Group testing. However, this week’s news of Heathrow traffic numbers being eclipsed by Paris Charles de Gaulle is a cold-blooded reminder, should one be needed, that our competitors will have no mercy for British aviation. The six-month delay for the Government to countenance a simple discussion on an industry initiative has our French and German policy making cousins rubbing their hands with glee.

The survival strategy is simple. The sector can manage its way out of the problem with only minimal government assistance. But there are some basic essentials needed. For now aviation needs protection; either with financial support or the unequivocal endorsement of initiatives triggering passenger confidence. The pandemic is longer lasting than initially thought and there is only a finite amount of private sector cash the market can access. The industry must be allowed to find a blend that comprehensively manages public heath but allows the sector to help itself. If so aviation will instinctively pave its own runway for recovery.

But to do this Whitehall needs clear industry messaging. The sector is fiercely competitive – much to the benefit of consumer ticket prices – and company instincts safeguarding against anti-trust matters can dampen legitimate collaboration. This clouds the messaging. Trade associations such as Airlines UK and the Airport Operators Association have undertaken a first-class job but many businesses still have yet to represent themselves with an effective UK association. Government witnessed company executives jockeying on the steps of the Treasury as well as some paying tens of millions in dividends only to ask for more government cash. And because of the UK market’s success attracting inward foreign investment, it is a minefield for politicians wanting to avoid the unedifying spectacle of awarding foreign shareholders much needed UK taxpayers’ cash.

Westminster until now has held the aviation sector high ground with an unspoken enunciation that they know what is best for our industry. But how can any single actor know what this is in a globally competitive, capital intensive business like ours. There has to be a robust and durable operating partnership of practitioners and policy makers. Now is the time to do more than just a single review of airport testing – important that this confidence measure is. What happens after the testing recommendation is delivered at the end of November, what next? There needs to be an established broader task force that embraces industry leadership, Department for Transport and HM Treasury willingness and horsepower coupled to the political will of Whitehall to ensure our industry survives. By doing so we may rescue our businesses and at the same time achieve more with such a Joint Operating Council than we would ever achieve with five years of White Papers.

Without a joint coherent industry / Government approach there is alarm that more airlines could go bust, airports close and ground handling companies fade away. Then it will be too late to rescue them against a politically vexatious Schadenfreude chorus. The loss of jobs will be significant, skills will migrate offshore and the sector will be exposed to subsidised overseas competition; this in the gloomy shadow of Thomas Cook and Flybe collapsing. Where profit margins are narrow and always driven by scale, the sector could cross its very own Rubicon sooner than we think so inhibiting any vaccine-driven renaissance. Unimaginable for a nation as proud as ours, but humiliating if our sector is eclipsed by foreign businesses restraining us from landing Global UK trade deals. Absent of any industry / Government convergence a public fracture looms large and something we are already beginning to see played out in the media.

Government and industry need to bridge and swiftly. Government needs a small band of action-oriented trustworthy practitioners to help formulate policy, task solutions and allocate precious resource. Airlines, airports and ground handlers need a dependable collaborative conduit that assimilates industry requirements and expedites joint buy-in. This will lessen political risks to public trust and passenger confidence; the former is existential for any Government, the latter an industry lifeblood.

Never before has such an economic emergency befallen the industry. Nor is this the first crisis that Government and an industry have had to roll-up their sleeves and work together – literally. Foot-and-Mouth and the 2008 financial meltdown are examples where this safeguarded strategic industries and allowed markets to eventually rebound. Hence, this is that Call to Arms for all custodians with responsibilities for our people, customers, shareholders and the economic national well-being. We must do this again and the time for action is right now.

I can only agree. Well done BTN for allowing Jason the space for his words. I wonder if there will be a British airline industry to save by next summer.

A fine piece Jason. Clearly Westminster does not know best and the one minister whose voice might be heard is stuck with cabinet collective responsivity. Mr Johnson was lucky to get a second term in London when Livingstone Ken self-destructed in the same manner as Corbin. Your call to arms is a great idea but sadly it will not happen, although it is true the great Caesar fell, stabbed in the back.