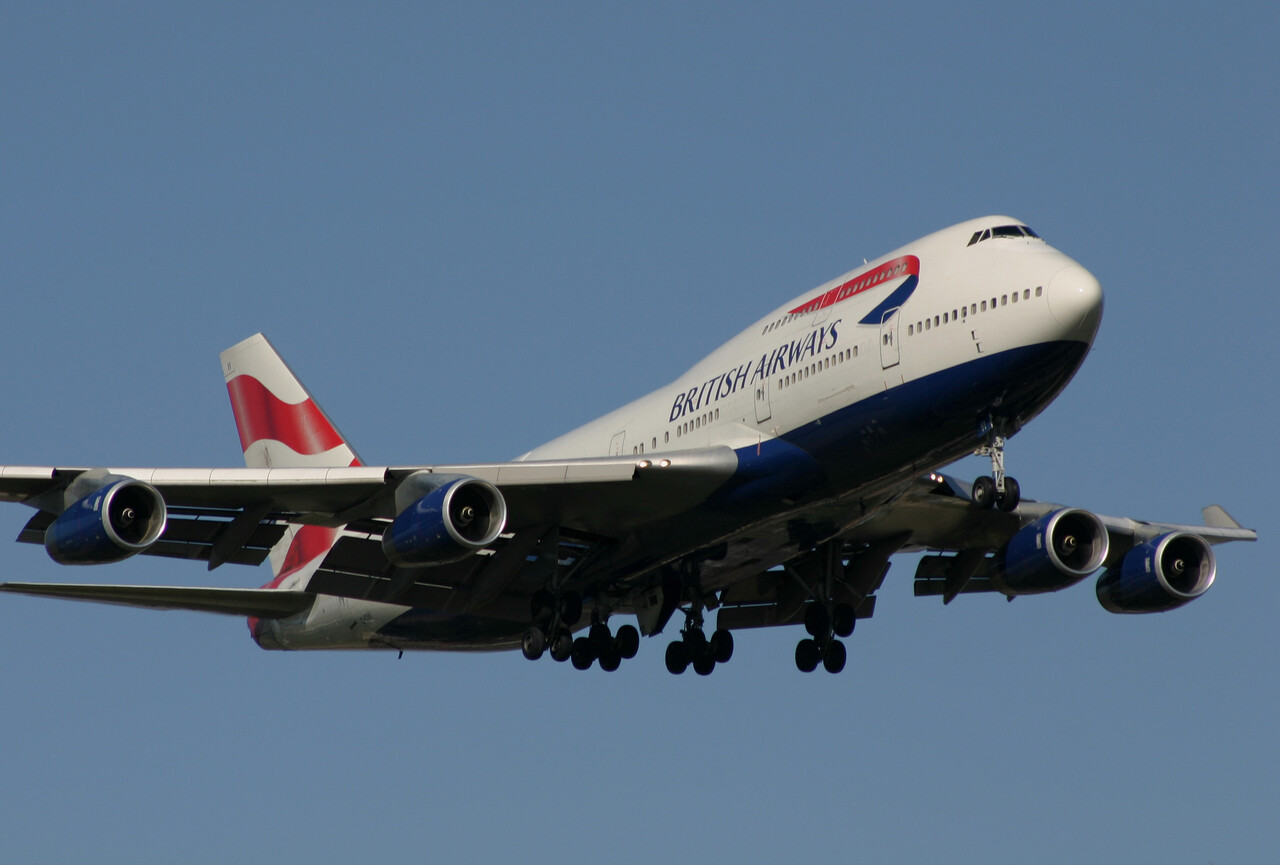 British Airways said goodbye to the last of its Boeing 747s at Heathrow on Thursday (8 October), the good news being that with the pandemic, and the airport not busy, it was able to wave off G-CIVB and G-CIVY in a proper manner.  But not synchronised as planned on parallel runways due to bad weather.

G-CIVY is now at St Athans BA engineering base waiting for a home to be found and G-CIVB is at Kemble Airfield with plans for it to be preserved.  No fare paying passengers on the flights probably due to insurance and certification problems.

In all some 1,571 Boeing 747s have been delivered with outstanding orders for 15, all freighters, plus a possible two as Air Force One.

Variants have included the original 100 series with Pratt & Whitney engines, the 200 model offering with Rolls-Royce and General Electric power, and the highly successful 400 series.  Modified versions have included the Dreamlifter and a Shuttle Carrier.  The stretched 747- 8i was the last passenger variant with Korean Air and Lufthansa the final customers.

In 1991, a record-breaking 1,087 passengers were airlifted aboard an El Al 747 to Israel as part of Operation Solomon with Jewish refugees from Ethiopia. Generally, the 747-400 held between 416-524 passengers.

My most memorable flight on a BA 747 was a daytime service from Bangkok to LHR. A comfortable noontime departure (instead of the horrible midnight service most airlines propose). BA's first-class seats and service were gorgeous. On that particular memorable flight there was a mesclun salad and a lovely French wine along the lines of a Beaujolais or similar. My video selection: Shakespeare in Love. We got into London in time to make a decent late-afternoon flight to Paris, and so home by 7 pm. I.e., leave your Bangkok hotel at a civilized 10 am, to the BA lounge where there were the usual treats. And then a "golf cart" to the other end of the airport -- the one with a golf course in the middle of the taxiways. Truly memorable. Was it in the days of Bob Ayling? Or Willie Walsh.

And not forgetting (my flight in) the SP version. Are there any of those still flying?

Very sad day. I delivered the last BA 747 out of Seattle in April 1999. How those years have flown.

I do not think that there was a synchronised dual take off due to weather.