As reported last week, Berlin’s new airport is to open on 25 October and from this date, Schönefeld Airport will be known as Terminal 5 and will lose its IATA code SXF. Terminals 1 and 2 will be at the new location, on the opposite side of the runways to Terminal 5. 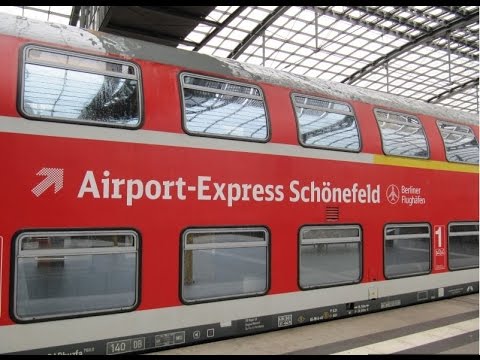 Our railway expert Andrew Sharp has been looking in more detail.  It is the most important airport opening in 2020 (and not before time – 16 years since work started).  See also Berlin nearly ready BTN 5 October.

The half-hourly Airport Express is branded FEX – Flughafen Express – and will make two intermediate stops, at Gesundbrunnen and Ostkreutz. It will take 30min, although it is hoped to open a new route from 2025 when the journey time will come down to 20min.

The fare for these trains will be €3.60, the standard Zone ABC ticket. However, the alternate-hours InterCity trains will cost €12.80 (€21.60 First Class): they will take 28min with a stop at Südkreutz and continue to Dresden. Clearly, earlier aspirations for a network of long-distance trains to the new airport are not yet being met; even the Dresden trains are classed as InterCity and not InterCity Express.

Excuse my ignorance, but do both Airports (old & new)share the same runways, just two sets of terminal buildings ?