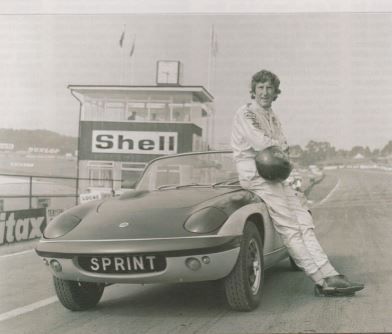 This phtograph was taken in August 1970 at Brands Hatch with the prototype Elan Sprint. For the Motor Show that year Lotus introduced the car with the Gold Leaf Team Lotus colour scheme and a black bonnet badge.

Jochen Rindt (28) was German born and a passport holder, Austrian resident and English educated.  He is the only posthumous Formula One World Motor Racing Champion.

He won just six F1 races (five that season) with the most astonishing at Monaco 10 May 1970 when on the final lap Jack Brabham went off at the last corner, then ‘the gasworks’ hairpin now La Rascasse, to be overtaken by Rindt.

Overall, he competed in 62 Grands Prix, achieving 13 podium finishes. He was also successful in sports car racing, winning the 1965 24 Hours of Le Mans paired with Masten Gregory in a Ferrari 250LM.  He was charismatic but in a different way to Graham Hill, his teammate the previous season.  He was managed by Bernie Ecclestone.

Your Editor-in-Chief was at Monza, working at the time for the Hethel-based organisation and in charge of Johan’s personal Elan. 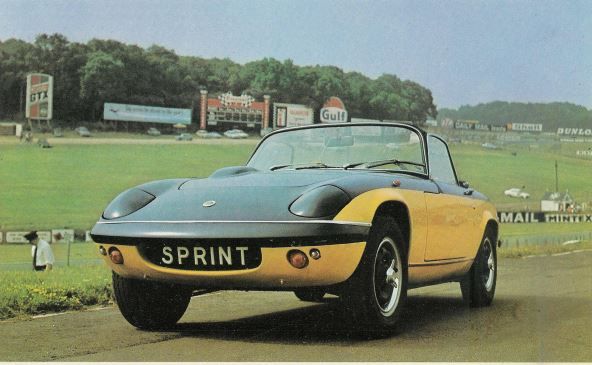