Last Wednesday (27 May) saw the first flight of the world's largest all-electric commuter aircraft yet.

MagniX, founded in Australia, and working with Seattle-based AeroTEC, retrofitted a Cessna 208B Grand Caravan with its 750-horsepower Magni500 propulsion system. The 'e-Caravan' took off from AeroTEC's flight test centre at Moses Lake, Washington State and flew for 30min, climbing up to 2,500ft and performing “flawlessly,” according to Steve Crane, Chief Test Pilot for AeroTEC.

The choice of the Caravan was intentional, according to Ganzarski; it is a widely-used airframe for both passenger and cargo transit that is still in production and has logged more than 20m flight hours. And the eCaravan’s first flight – which took off on time, landed on time, and retained 10% more energy capacity than MagniX and AeroTEC expected it would – was intended to demonstrate “how mature [electric propulsion technology] is and how ready for the world it is.”

Ganzarski believes an electric version of the Caravan will reduce operating costs by 40-80% per flight hour, significantly changing the routes operators are able to fly with it. The 30min test flight, which would normally consume jet fuel exceeding $300 in cost, used less than $6 worth of electricity, according to Ganzarski.

This is the second all-electric aircraft MagniX has retrofitted and flown in the past six months. Last year it teamed with Vancouver, Canada-based seaplane operator Harbour Air to modify a six-passenger DHC-2 de Havilland Beaver, which flew in December. The two companies have partnered to electrify Harbour Air’s entire fleet.

BTN has featured Rolls-Royce plans for electric aircraft but whether these go ahead remains to be seen. 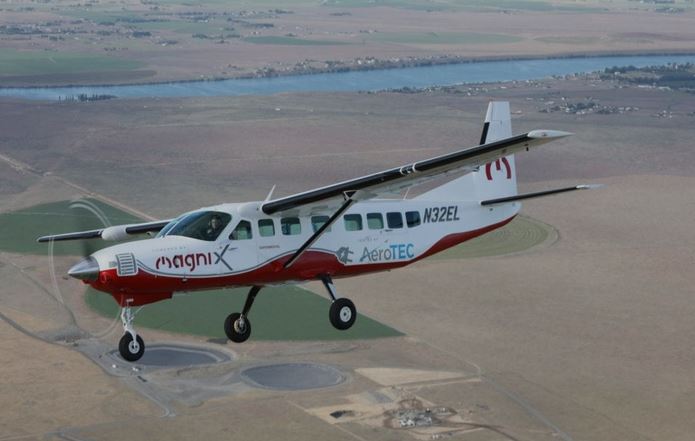