Monday 15 June could see the final flight from Tegel Airport Berlin (TXL).  Whatever the authorities might say its closure looks like being permanent rather than temporary.

Willy Brant Airport, Berlin Brandenburg International (BER), is supposed to open in October and in the meantime all flights to the German capital will operate from Schoenfeld, once the East Berlin airport, and on the same site as Brandenburg, to the north served by its own runway.  Used by low-cost airlines since unification it has direct rail links to the city but will also eventually close.

Tegel was built by French military engineers in just 90 days due to the 1948 Berlin blockade.  It has no rail connections and moved around 20m+ passengers in 2019.  In spite of location difficulties it has remained popular due to its hexagonal main terminal building around an open square, which makes walking distances as short as 30m from the aircraft to the terminal exit.

Berlin was also served by the much more central Tempelhof Airport, which dates from the 1920s, but closed in 2008, some would say prematurely, Brandenburg originally set for opening in 2010. 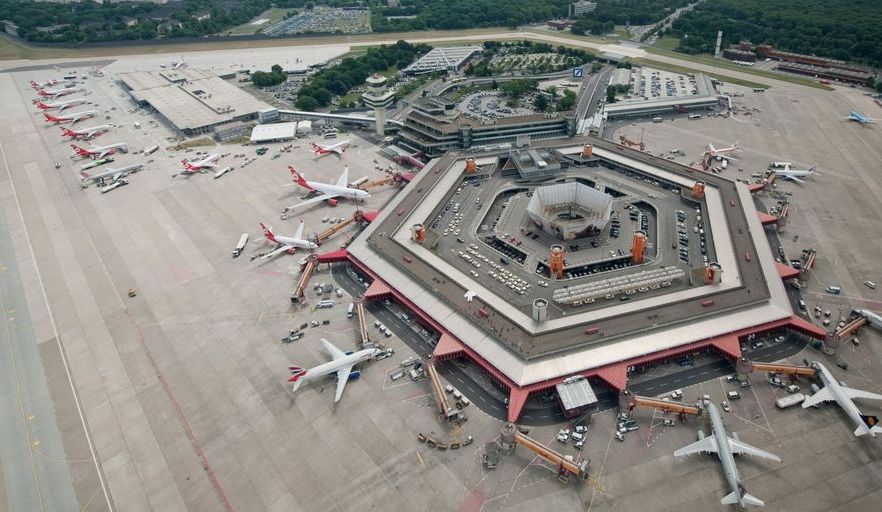