Boris Johnson’s Government chose late afternoon last Friday when Parliament was not sitting and the country faced a Bank Holiday weekend to formally announce the most stringent border controls in peace time.

Priti Patel, Home Secretary, who has responsibility for overseas entry into the United Kingdom led the briefing which was followed by the publishing of a comprehensive exemption list.

Passengers arriving in the UK will be required to fill out an online locator contact form – providing details of where they will spend their 14 days in self-isolation.

They will be told to avoid public transport and travel to their accommodation by car "where possible", and not to go out to buy food or other essentials "where they can rely on others".

The requirement does not apply to those travelling from the Republic of Ireland, the Channel Islands and the Isle of Man.

Transport Secretary Grant Shapps had previously suggested so-called "air bridges" – agreements with countries that have low infection rates allowing tourists to travel without quarantining.  “That will not be in place initially,” said Ms Patel.  France was quick to respond saying that visitors from the United Kingdom will also have to self- isolate for 14 days.

Inevitably there has been outrage from the travel industry and is best summed up by Dale Keller, Chief Executive of BAR UK which represents 70 airlines operating within and into the United Kingdom. “The restart and recovery of aviation is intrinsic to reviving the UK economy and only through implementing more targeted and internationally aligned measures can the UK reconnect to its global markets.” 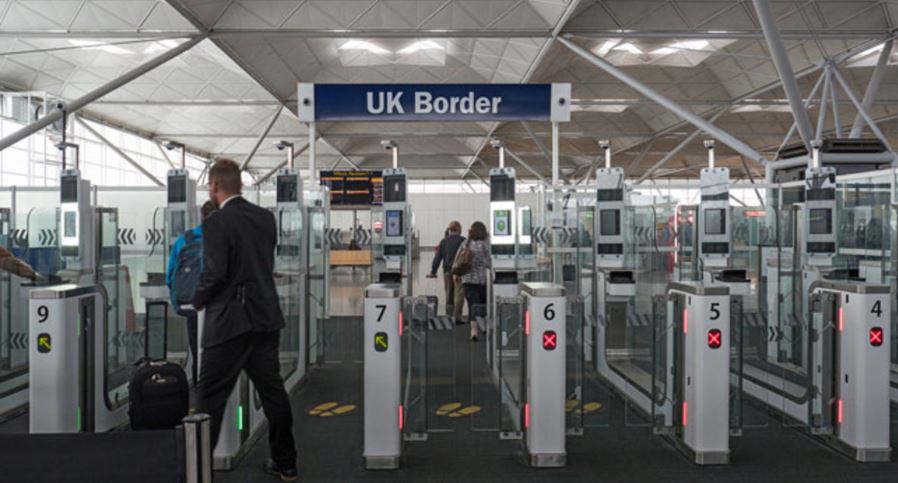 What happens if someone is planning to return home before 14 days.

Exempted: 10 - 12,000 foreign truck drivers, all travellers from Ireland (who may have come from elsewhere), diplomats, people working on oil rigs, in fact almost anyone except those who could be helping to get the airlines going again. You can take public transport to go to your place of residence. The Quarantine won't be enforced but just random checks by the Border Force (otherwise engaged in ensuring illegals arrive safely in the UK). After weeks of declining European infections, the Quarantine is being imposed in about 2 weeks time - may be. And then for 3 weeks only before review. Maybe. The author of this ill-thought out nonsense must be a resident of the Barmy Bin.

Fourty-two exemptions to date, and no doubt more to come. The government will have to introduce this nonsense now, but I predict that they will drop it after three weeks, saving face by declaring that it has served its purpose. In the meantime, most of you can probabaly claim exemption as a "specialist aerospace worker".

Crass stupidity is the only way to describe it!

This go it alone attitude of the Government has to stop. What with the Dominic Cummins fiasco and the late start for social distancing I for one am getting very worried about Boris. Did his hospital stay have mental effect on him.