The current challenges faced by the UK airline sector are truly unprecedented, and stark.  Even just days ago, the idea that airlines across the globe would be cancelling thousands of flights and grounding aircraft on the current scale would have been unthinkable. 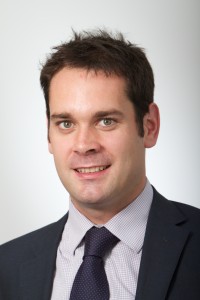 Yet, this is the situation we see today, with carriers managing both the devastating impact of the collapse in demand for flying as people stay home, alongside the daily operational challenges of responding to border closures, travel restrictions and new health protocols.

The situation is now truly critical with a sustained and deep drop in demand and future bookings. COVID-19 risks a lasting and irreversible effect on the health of the UK’s aviation industry – the third largest in the world – and the future for UK airlines is indeed now uncertain.

Carriers are currently in discussion with Government about the challenges they face, and the steps that could be taken to secure the sector’s immediate future.

We have a range of sector-wide asks that could help to alleviate matters, such as offering an extended window from paying Air Passenger Duty (APD), a moratorium on paying ATC charges, help with other airline costs such as those paid to the CAA, an extension of the waiver from the 80:20 “use it or lose it” slot regime through to October, and a stay from EC261 claims on passenger compensation for a period of four months.

We welcomed the announcement by the Chancellor of the Exchequer last week that there would be a bespoke package of support for the aviation sector, in order to help see us through this period. Clearly the detail will be important and we will want to see something sooner rather later, but we have been in talks with Government over the past few days and we look forward to further information as soon as possible.

What is clear is that we will need our aviation sector for the future more than ever, and the UK as an island nation has the most to lose from this current crisis if it should result in long-term, irreversible damage to not just airlines and the affiliated sector, but the trading role of the United Kingdom”.

The Governments have no choice but to grant assistance to the airline industry. The world global economy is now kept together by a chain that has many links, if one of the link brakes, the whole chain becomes useless. One of the most critical link of the chain is aviation. It connects the world by transporting people and goods in an efficient, economic and speedy way. It also one of the biggest employer in the world, directly and indirectly. Think of aircraft manufactures, all the part suppliers and so on. So, the Government has no choice but to intervene and help the industry. The question though is: how airline will use the funds? To restructure more efficiently and get back in business in a better shape or to line the pockets of management and shareholders? I hope though that airlines see, in the wake of this tragedy, an opportunity to improve. Hopefully, having learned the lesson of the danger of massing people too close to each other, airlines should redesign the layout of the cabins by spacing out seats and improving pitch and width. Deregulation and competition saw the birth of the 'cattle truck' where people cough, sneezed and bred only inches from each other. True that an airline profit is defined by minutes and inches but while the former is a valid assumption, the latter is no longer the case. Consumer will see to this.