Survival is at stake, BA warns

With airlines forced to cancel hundreds of flights worldwide over the coronavirus outbreak, British Airways weighed in last week with the dire warning its very survival was at stake as the situation worsens. 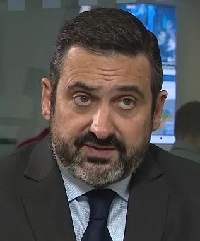 CEO Alex Cruz said the pandemic was more serious for the airline industry than 9/11, the financial crash or SARS and jobs will be lost. He added: "It is a crisis of global proportions like no other we have known."

In an email to staff headlined ‘The survival of British Airways’, Cruz added: "Please do not underestimate the seriousness of this for our company”, while noting BA, part of IAG, which also includes Iberia and Aer Lingus, was "more resilient than ever before" with a strong balance sheet.

The airline however was under "immense pressure" and would "have to react fast and definitively in response to the worsening situation", he said, resulting in job losses "perhaps for a short period, perhaps longer term".

Cruz’ message, in which he also said aircraft would have to be grounded and BA was in talks with unions, came in another bad week for the industry with airlines continuing to cut flights as demand fell and the US extending travel restrictions.

Hopefully, having learned the lesson of the danger of massing people too close to each other, airlines should redesign the layout of the cabins by spacing out seats and improving pitch and width. Deregulation and competition saw the birth of the 'cattle truck' where people cough, sneezed and bred only inches from each other. True that an airline profit is defined by minutes and inches but while the former is a valid assumption, the latter is no longer the case. Consumer will see to this.