Heathrow gets tough on night noise

Airlines that breach Heathrow noise rules will face higher charges this year after the airport announced last week it was targeting flights that arrive and depart within the Night Quota Period from 23:30 to 06:00. 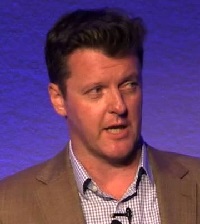 Heathrow said the charges, five times greater than those during the day, were designed to “disincentivise activity” between the identified hours and crack down on the number of flights disrupting the communities closest to the airport.

Heathrow said the next-generation aircraft makes up 7% of its flights and is used by eight airlines based there including British Airways, SAS, Lufthansa, Air Malta, Iberia and TAP, who all feature in the top 20 of the latest Fly Quiet and Green rankings.

Heathrow director for community and stakeholder engagement Rob Gray, said: “Since the 1970s, despite a doubling of the number of flights, the population significantly affected by aircraft noise around Heathrow has reduced by around 90%.

“We believe the number impacted by aircraft noise will continue to reduce as we work towards a quieter, better future through the use of noise envelopes and our Noise Action Plan.”