New Airbus deliveries are powering a wide-ranging fleet modernisation for Air Astana as the airline looks to further route expansion including a new service between Almaty and Mumbai from 1 June. 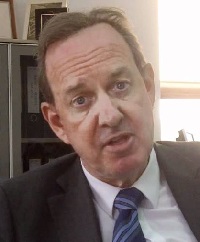 Both aircraft will operate primarily on routes to London, Paris, Moscow and Istanbul. Air Astana was the first airline in the CIS to take delivery of the A321LR, which has 16 lie-flat seats in Business Class and 150 seats in Economy Class.

Air Astana is also set to receive three new A320neos this year to join the current fleet of 19 Airbus aircraft, including eight A320s, two A321s, three A320neo, four A321neo and two A321LR. Another nine Airbus are in the pipeline.

The Almaty – Mumbai service will operate four daily returns a week with a flight time of about 4hr 30min. The airline will use an Airbus A320, with 16 seats in Business Class in a 2+2 configuration and 132 in Economy Class seats in a 3+3 configuration.