More havoc as virus rages on

The inaugural IBTM Asia Pacific gathering scheduled for 13-14 April in Singapore was called off last week in response to the coronavirus crisis while other imminent trade shows in less sensitive regions are going ahead.

Organisers of this week's Business Travel Show (BTS) in London and next month's ITB Berlin say the events are still on and they are “well prepared” to deal with cases, while stepping up advice and precautionary measures.

BTS has recommended delegates from mainland China, Thailand, Japan, Republic of Korea, Hong Kong, Taiwan, Singapore, Malaysia or Macau in the past 21 days do not attend the event.

Elsewhere, 32 Britons and Europeans from the infected cruise ship Diamond Princess (below) landed in the UK on Saturday on a repatriation flight and entered quarantine after spending more than two weeks trapped on the ship off the coast of Japan.

Among airlines, BA has suspended flights to and from Beijing and Shanghai until 19 April. Virgin Atlantic has suspended Heathrow – Shanghai operations up to 29 March.

Qantas, which has suspended its two direct services between mainland China and Australia (Sydney – Beijing and Sydney – Shanghai) until 29 March, has now also temporarily cut flights across Asia in response to a drop in demand due to the outbreak. 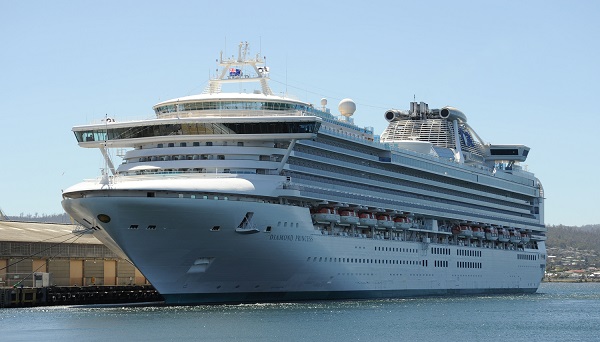