With the introduction of Virgin Cruises (see in this issue), BTN took the opportunity of using the Southeastern London – Dover service which, with the 140mph Javelin train, whisks you from London St Pancras in just 1hr 4min. By comparison, Charing Cross – Dover Priory by more traditional locomotion is 1hr 53min.

Less mobile passengers will be delighted to note that the arrival (and departure) from Dover is on the same platform, allowing for direct street access.

Introduced just over 10 years ago in September 2009, the Javelin trains, which serve a number of Kent stations, are Britain’s first, and, as things stand, only high-speed service. They use much of the Eurostar infrastructure. The trains call at Stratford International and its excellent interface with the DLR, the route to Woolwich Arsenal also serving London City Airport.

The Southeastern service has now carried more than 100m passengers.

The popularity of Javelin has led to significant growth in passenger numbers, with a compound annual growth rate of more than 11% – more than double that on the rest of the Southeastern network.

With an unrivalled average delay per train of less than 5sec on Southeastern’s Highspeed service, and overall passenger satisfaction at 92% – one of the country’s highest ratings, it has proven itself to be best in class. 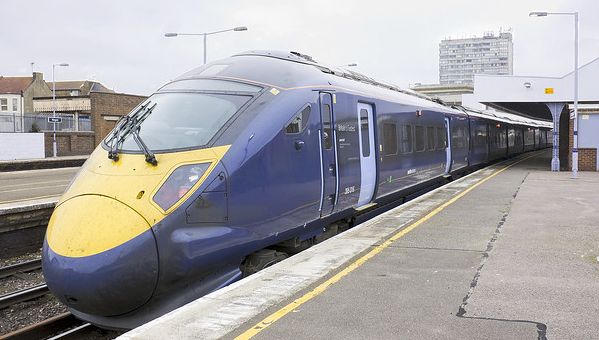