Heathrow warning on growth of Paris

A stark warning of the dangers of the UK falling behind other airports in the race to offer the best connections to global markets was sounded last week by Heathrow CEO John Holland-Kaye. 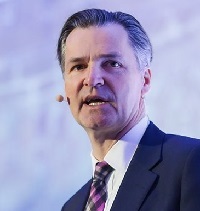 He spoke as new figures showed Paris Charles de Gaulle growing at twice Heathrow’s rate and set to overtake it as Europe’s leading hub airport within the next two years.

Other top-performing markets were the Middle East, up 7.6%, and North America, with an increase of 4.7%. More than 115,000 metric tonnes of cargo also travelled through Heathrow, with the UK as the top market for cargo growth at 60.6% up.

Holland-Kaye said: “If we are to be a truly global Britain, we need to be better connected to global markets than our rivals in Europe. It would be an economic disaster for the country to fall behind, just as we leave the EU.

“Heathrow’s new runway will make the UK a winner, connecting all of Britain to global growth, and that’s why we need to get on with delivering it!”