The world’s longest non-stop flights moved a step closer at the weekend amid Australian media reports based on an emailed internal memo that Qantas is preparing to go ahead with Project Sunrise but at the cost of a possible union confrontation.

The airline is facing a deadline of 31 March from Airbus to confirm an order for long-range A350-1000s but is still in talks about Project Sunrise with the Australian & International Pilots Association.

The new reports suggested the airline could now go ahead with or without a deal, with one option being offering contracts to individual pilots or setting up a non-union division of specialist Sunrise personnel.

At stake is Qantas’ ambition to operate 18-21hr non-stop flights from Sydney and Melbourne to New York, Melbourne and Paris, building on the momentum created by the London – Perth non-stop, hailed by the airline as a great success.

In last week’s email, Qantas International CEO Tino La Spina was quoted as saying: “It’s become clear that Sunrise is something that our international business needs to maximise its long-term success and defend its competitive position.”

Qantas has said previously it is seeking to launch the flights in the first half of 2023. 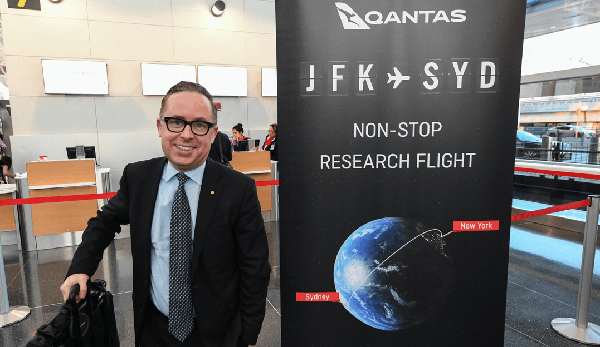