Air Italy goes out of business

Indications of a shareholder rift at Air Italy emerged last week as the Qatar Airways-backed carrier said it was suspending operations from 25 February and was entering liquidation. 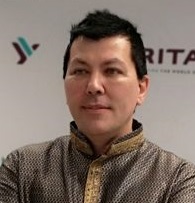 It comes almost two years after the airline was created as a rebrand of Meridiana and also follows Air Italy securing further investment two months ago from Qatar Airways, which acquired a 49% stake in parent company AQA Holding in September 2017.

The Middle Eastern carrier indicated it would have been ready to continue to play its part in supporting the growth of the airline, “but this would only have been possible with the commitment of all shareholders”.

The drama also brings renewed focus to the situation at Italy’s national carrier Alitalia, which has been under state protection since 2017 while inviting takeover offers, the latest of which is now under discussion.

Key players are the Atlantia company, which operates road and airport concessions and is part of the Benetton group, Ferrovio dello Stato, Italy’s state-owned rail company, and Delta Air Lines.

Atlantia is expected to pay €300m for 35% of the airline while the rail company, which currently controls Alitalia, will own another 35%, with the rest divided between Italy’s ministry of economy with 15% and Delta, which could increase its stake in the future.