The coronavirus outbreak continued to impact the travel industry last week as cruise ships increasingly became involved and the number of flights and destinations affected continued to grow.

Airlines, cruise companies and others in the industry are advising passengers to check websites or social media before they travel. British Airways for example has cancelled flights to and from Beijing and Shanghai until 29 February. Virgin Atlantic has suspended Heathrow – Shanghai operations up to 29 March.

American Airlines and United have halted flights to Hong Kong until 20 February because of lack of demand. Cathay Pacific, already affected by political unrest in Hong Kong, asked staff to take unpaid three-week leave because of flight cancellations.

While flights to Hong Kong are largely unaffected, the government there has restricted entry for foreign visitors who have travelled to China, excluding Macau, in the past 14 days.

Thousands of people stuck on the World Dream cruise ship in Hong Kong were allowed to disembark at the weekend after tests for the virus came back negative. Another cruise ship with dozens of confirmed cases is in quarantine off Japan.

The outbreak has killed more than 800 people, all but two in mainland China, more than the Sars (severe acute respiratory syndrome) outbreak in 2003. More than 34,800 people have been infected, the vast majority in China. 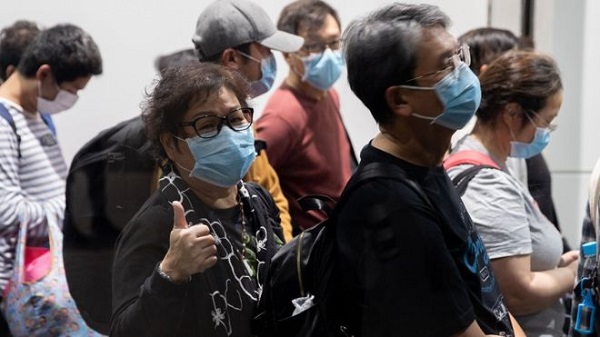