In a new twist to the Thomas Cook story, one of the failed holiday company’s subsidiary airlines, Condor of Germany, has been acquired by the Polish aviation group PGL, the owner of LOT Polish Airlines.

Thomas Cook collapsed four months ago (BTN 23 September 2019), but Condor survived after obtaining a €380m bridging loan from German state bank KfW, which will now be repaid. Observers are saying the new deal could set up PGL as a rival to IAG and the Lufthansa Group.

PGL president Rafał Milczarski said the group intended to develop Condor’s “iconic” brand in Germany and also introduce it to other markets in Europe. He welcomed Condor employees to the PGL family and “to help build one of Europe’s greatest aviation groups”.

Condor CEO Ralf Teckentrup added: “We are pleased our airline has gained through the PGL and LOT stable experienced and dynamically developing partners who will secure the future of our business.” 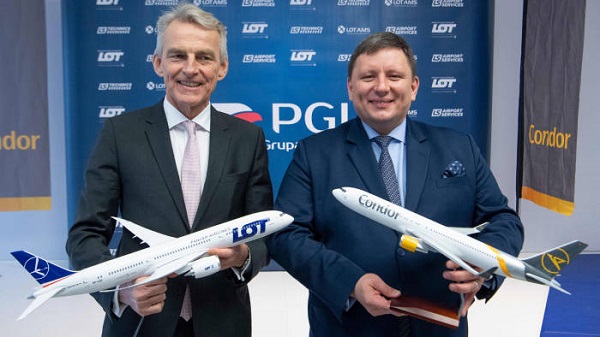